Ireland's capital served as the main point of entry for many tourists, but besides being a starting place, Dublin's attractions appealed to travellers who were accustomed to the mindset of the Grand Tour.  New Georgian architecture, fashionable squares, and pleasure gardens drew the admiration of visitors.  Yet only a few steps away from some of the wealthiest streets were scenes of filth and poverty.  This great contrast was something that could not be ignored and it pervaded the whole of the Irish Tour, not just the capital city.  Beggars and appalling living conditions were recorded alongside splendid architecture and picturesque scenery in many travel narratives, such that, as William H. A. Williams notes, "observing Irish poverty became part of the Irish tourist experience." 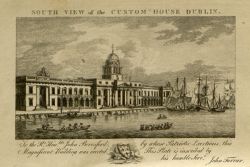 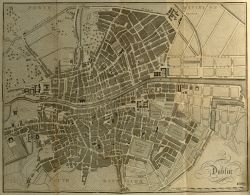 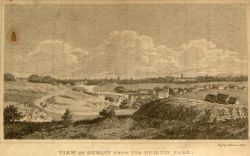 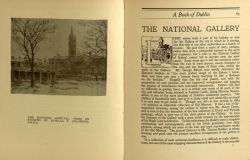 Top left: Ferrar, John. A View of Ancient and Modern Dublin, with its Improvements to the Year 1796. To which is Added a Tour to Bellevue, in the County of Wicklow, the Seat of Peter La Touche, Esq. Dublin: [s. n.], 1796. [Internet Archive]

Top right: Jefferys, Nathaniel. An Englishman's Descriptive Account of Dublin: And the Road from Bangor Ferry, to Holy Head. also of the Road from Dublin, by Belfast, to Donaghadee, and from Portpatick to Newcastle upon Tyne ... with Observations on the Society, Manners, and Customs, of the Places Described ... to which is Prefixed an Accurate Plan of Dublin. London: Printed for Cadell and Davies and sold by Archer and by Keen, 1810. [Digital Library]

Bottom left: McGregor, John James. New Picture of Dublin: Comprehending a History of the City, an Accurate Account of its various Establishments and Institutions, and a Correct Description of all the Public Edifices Connected with them; with an Appendix Containing several Useful Tables; Forming a Complete Guide to Everything Curious and Interesting in the Irish Metropolis ... Dublin: C.P. Archer, 1821. [Digital Library] 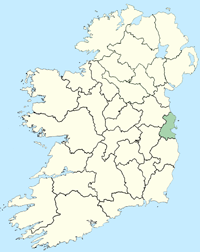