The main administrative center of Cork lies on an island at the mouth of the River Lee with suburbs and other towns on the mainland and nearby islands in Cork Harbour.  Ireland's second-largest city at the start of the 19th century, Cork was also a busy seaport, as evidenced by the city motto: Statio Bene Fide Carinis (Latin for "A Safe Harbour for Ships").  Patrick Street and the Mardyke promenade presented impressive streetscapes for visitors while the city's seven churches and the customs house were some of the noteworthy buildings.  A few miles from the city lies Blarney Castle, home of the famous Blarney Stone. 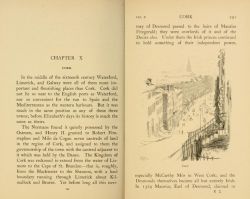 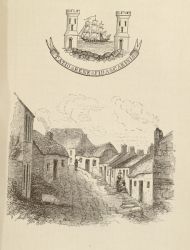 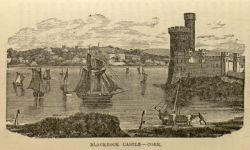 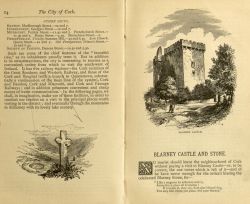 Bottom right: Ward, Lock, and Company. Ward and Lock's Pictorial and Historical Guide to Cork and its Neighbourhood: With Excursions to Bantry, Glengarriff, Killarney, and Other Places in the South-West of Ireland. London: Ward Lock Co., [1890?]. [Digital Library] 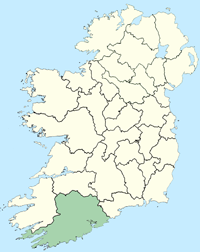