The twentieth century saw a great deal of conflict in Northern Ireland, due to political and religious differences among factions, eventually leading to the particularly violent confrontations known as the Troubles in the latter half of the century.  Though sporadic violence still haunts the land, the situation has greatly improved since the Belfast "Good Friday" Agreement of 1998.  In fact, Tourism Ireland was established under the framework of this agreement, "to increase tourism to the island of Ireland as a whole" by working jointly with the tourism boards of each country.  Despite these promising steps, however, scholar Martin Ryle notes in his Journeys in Ireland (1999) that there is still a great disparity between the two nations in the travel narratives written since Partition.  According to Ryle, few accounts describe the island as a whole, with many tourists in the Republic shying away from crossing the border into the North.  The topic of Northern Ireland continues to be a contentious one, so those who do cross the border sometimes employ a more documentary style of writing, even if the rest of their narrative has a more literary quality. 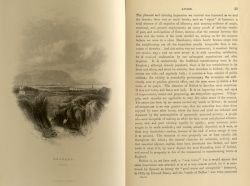 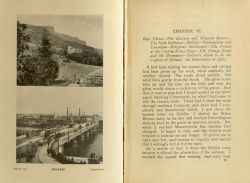 Upon reaching Belfast in the North, the Halls, like many other British travellers of their time, expressed approval of this "un-Irish" region:

As we drew near the only manufacturing town of Ireland—alas, that it should be so!—its peculiar character became apparent.  It was something new to perceive, rising above the houses, numerous tall and thin chimneys, indicative of industry, occupation, commerce, and prosperity; the volumes of smoke that issued from them giving unquestionable tokens of full employment; while its vicinity to the ocean removed at once all idea that the labour was unwholesome, or the labourers unhealthy.  The pleasant and cheering impression we received was increased as we trod the streets: there was so much bustle; such an "aspect" of business; a total absence of all suspicion of idleness ... that the contrast between this town and the towns of the south startled us, making us for the moment believe we were in a clean Manchester.… (52-3)

In contrast, William Bulfin was disgusted with Belfast. Bulfin (1864-1910) was born in County Offaly. He emigrated to Argentina in 1884, where he lived on the Pampas.  He toured Ireland by bicycle in 1902 and wrote a series of sketches about the experience for a weekly Argentine newspaper.  The sketches were subsequently published in book form in 1907.  Bulfin was a nationalist, which shows in his account of his travels, particularly in his depiction of Belfast:

Belfast impresses you as being a very rich and a very busy city.  But somehow it repelled me.  As I stood within it I asked myself was I in Ireland. … I saw churches of all denominations, Freemason and Orange lodges, wide streets, towering smokestacks, huge factories, crowded traffic.  …  I saw thousands of well-dressed people hurrying to and fro with no flash of humour in their glances and no bloom of health in their set and earnest faces.  The noise of wheels and hoofs and cranks and spindles and steam hammers filled my ears and made my head ache. (117-8)

The very things which the Halls and many other nineteenth-century British travellers had often noted with a sense of relief produced the opposite reaction in Bulfin.  But both perspectives agreed that this area felt distinctly outside of Ireland. 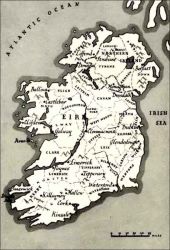 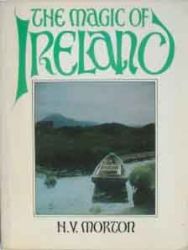 Seán O'Faoláin (1900-1991) was born as John Francis Whelan in County Cork, pre-Partition.  Raised to be loyal to Britain and the Crown, he first became disillusioned when the British executed fifteen leaders of the Easter Rising in 1916.  O'Faoláin eventually joined the cause of Irish nationalism and took on the Gaelic form of his name.  He published his account of a journey around Ireland in 1940, including forty-six pages about "The Six Counties"—that is, Northern Ireland.

What a lovely name that could be—The Six Counties.  Like Housman's "the coloured counties"; or The Home Counties; or The Shires.  It isn't a lovely name.  It falls numerically on the ear, much as if one said, the six-cylinder.  Why?  Because there is no such place.  If I were an Ulsterman I should retort to the southern demand for the return of the Six Counties to Eire by demanding the return to Ulster of Donegal, Cavan, and Monaghan, the three counties formerly part of Ulster.  Ulster has a magnificent history, as old as Mayo, as colourful as Kerry, as Irish as Connemara.  How can she pride in it with a digital name and a partitioned land.  Sometimes she bears that worse name—Northern Ireland, which recalls (Was it?) Disraeli's taunt that Ireland is merely "a geographical term." (235)

Henry Vollam Morton (1892-1979) was an English travel writer and journalist. In 1930, nine years after Partition, Morton published In Search of Ireland, which included just over thirty pages out of 270 about Northern Ireland. The publisher's forward to The Magic of Ireland (1978) states that this "volume presents selections from H. V. Morton's In Search of Ireland"—Northern Ireland has completely vanished from these selections. 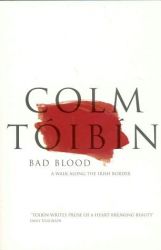 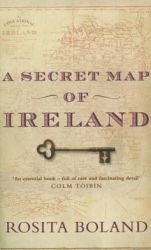 Colm Tóibín was born in County Wexford in the Republic of Ireland in 1955.  Bad Blood was originally published in 1987 as Walking Along the Border before being reissued in 1994 with its new title.  Tóibín walked the border from Derry to Newry during the summer of 1986, documenting his encounters on both sides of the border.  The opening pages describe crossing the border near Derry:

I walked on towards the customs posts.  The first one, which belonged to Her Majesty, was closed up.  No one would dream of smuggling from the South into the North.  The Irish customs official sat in the second hut, waving each car by.  They were all locals, he said, he knew them; there was no point in stopping them, it only annoyed them.  They were probably just driving over to get cheap petrol.

Rosita Boland was born in County Clare in the Republic of Ireland in 1965.  In her introduction to this book, she explains that her journey through Ireland was inspired by a map purchased for school that showed the thirty-two traditional counties of the island.  She travelled throughout each of these counties, devoting a chapter to each one.  The chapter about County Fermanagh is titled "Borders" and in it Boland wonders about the nature of political borders—"what made one bit of land different from another; where did one place end and another one begin?"—while visiting the border towns of Pettigo/Tullyhommon and Belcoo/Blacklion.

Although the combined population of Pettigo/ Tullyhommon is only 275, according to the 2002 census, there are two post-offices there, one An Post and one Royal Mail.  There are very many bigger settlements in Ireland that have no post-office at all.  But borders are political, and thus the presence of both governments in the form of separate post-offices at Pettigo/Tullyhommon. (69) 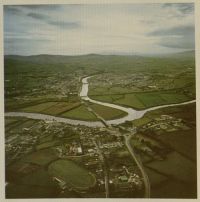 This photograph shows the border towns of Lifford (County Donegal, Republic of Ireland) and Strabane (County Tyrone, Northern Ireland), with the River Foyle between them. 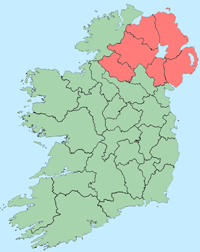