The province of Ulster consists of the nine northern-most counties of Ireland, six of which would eventually become Northern Ireland.  Although the border between North and South was not official until 1921, travellers noted significant differences between the two regions long before the formal separation was established.  The mainly British, mainly upper- and upper-middle-class travellers often expressed a preference, or at least a sense of relief, on entering the northern province of Ulster.  Because of the largely Anglo-Irish Protestant population, many of whom maintained close ties with Great Britain, as well as the more industrialized (and therefore wealthier) atmosphere, Ulster felt more like home to many of Ireland's visitors.

The Giant's Causeway on the northern coast of County Antrim was another of Ireland's most popular landmarks.  Other attractions along the coast included Dunluce Castle and the swinging rope-bridge Carrick-a-rede, as well as the city of Londonderry.  To the southeast lies the industrial city of Belfast, now the capital of Northern Ireland. 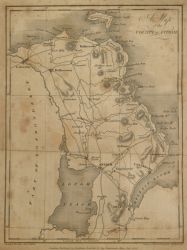 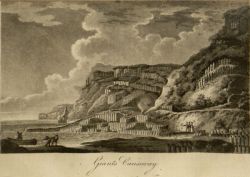 Wright, G. N. A Guide to the Giants Causeway, and the North-East Coast of the County of Antrim: Illustrated by Engravings, After the Designs of George Petrie, Esq. and a Map. London: Printed for Baldwin Cradock and Joy, 1823. [Digital Library] 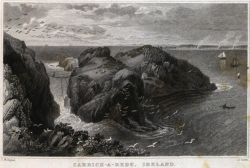 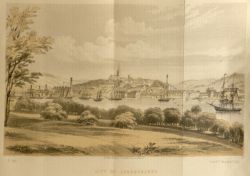 Doyle, J. B. Tours in Ulster: A Hand-Book to the Antiquities and Scenery of the North of Ireland. Dublin: Hodges and Smith, 1854. [Internet Archive] 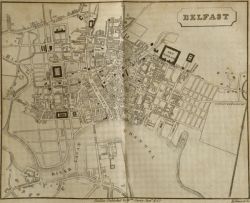 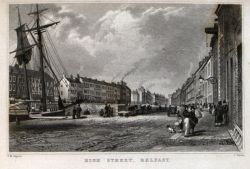 Hardy, Philip Dixon. The Northern Tourist, Or, Stranger's Guide to the North and North-West of Ireland: Including a Particular Description of Belfast, the Giant's Causeway, and Every Object of Picturesque Interest in the District Referred to. Dublin: W. Curry Jun. and Co., 1830. [Digital Library] 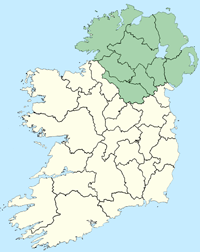