Most people spend a significant portion of their lives at work. Whether keeping track of performances or remembering colleagues, workers saved articles and photos that told the story of their work lives. This section shows a few examples of work-related scrapbooks, some as part of a larger album that includes other aspects of the creator's life and others as an artifact dedicated to their career. 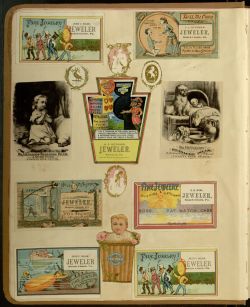 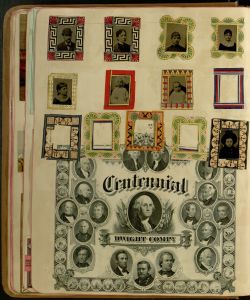 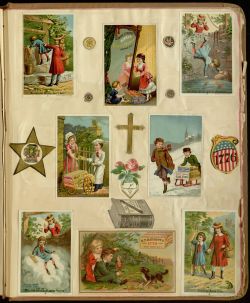 This scrapbook is densely filled with trade cards and other ephemera from the late 19th century. Many of the cards advertise services or products sold or manufactured in Pennsylvania, especially in the locality of Mauch Chunk (present-day Jim Thorpe). Trade cards bore attractive illustrations, often in bright colors, and sometimes told a pictorial story over several cards to entice consumers to "collect them all." The compiler also included a few photographs on one page of this album.

View the Trade Card Scrapbook in the Digital Library. 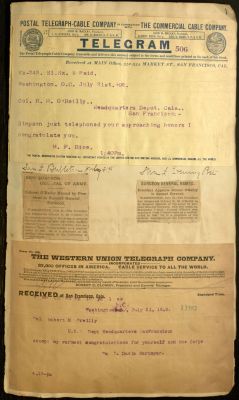 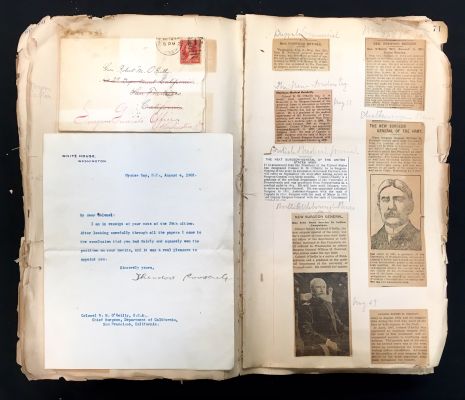 Colonel Robert M. O’Reilly was appointed the 20th Surgeon General of the United States Army in 1902. O’Reilly filled this album with the congratulatory letters and telegrams that he received, including a signed letter from President Theodore Roosevelt, as well as press coverage of the appointment.

View the O'Reilly scrapbook in the Digital Library. 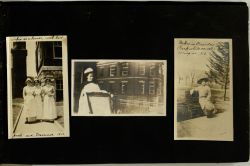 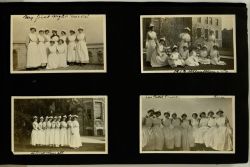 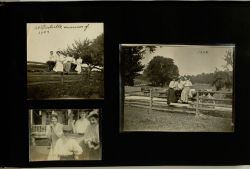 A note on the inside front cover reads, in part, "To 'Jane' - With love - June 17th, '13" which seems to imply the album was created or given as a memento for "Jane" by friends and/or colleagues. The album details her time at Pennsylvania hospitals in Allentown and Philadelphia.

View the Nurse's album in the Digital Library.

The Miller family traveled extensively with various circus and carnival shows, taking many photos along the way of animals and people, both behind-the-scenes and on-the-stage. The Millers operated miniature mechanical dioramas as their act: "The Busy City" depicted a bustling metropolis and "Mechanical Battlefield" depicted the trenches of World War I.

View the Notable Circuses album in the Digital Library.

View the Rubin & Cherry Shows album in the Digital Library. 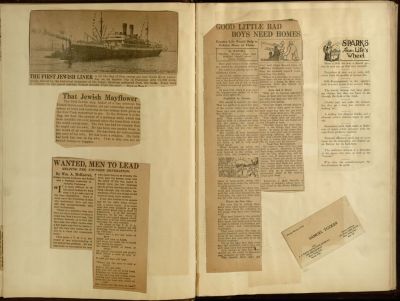 Sam Tucker, the creator of this scrapbook, was born in Russia, though he lived mainly in New York City, where he worked as a private detective for the J. J. Kron Detective Bureau, as well as several other occupations including actor, vaudeville manager, and assistant to a gold mining speculator. The album contains clippings related to Jewish interest, self-help and improvement, crime and detection, motorcycles, accidents etc.

View the Tugentman Scrapbook in the Digital Library.