Some people kept scrapbooks to document their social lives or things they found of interest, including event programs, pamphlets from societies to which they belonged, materials related to hobbies, or mementos of favorite stories or TV shows. Others collected information, gathering together news clippings and other printed nonfiction sources. The albums in this section demonstrate a few of the many themes that people collected around. 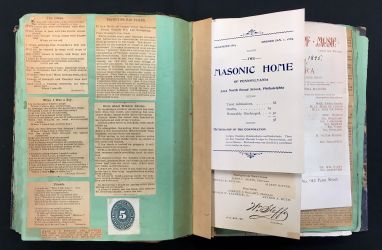 For Christmas 1873, musician Albert Ritter of Reading, Pennsylvania, was given a scrapbook. He quickly began to fill it with ephemera from the various fraternal and social groups to which he belonged and musical and theatrical entertainments he attended, as well as newspaper clippings and some handwritten poetry. The album's pre-bound-in mounting stubs allowed for pamphlet items to be more easily read since they are not fully affixed to the pages. 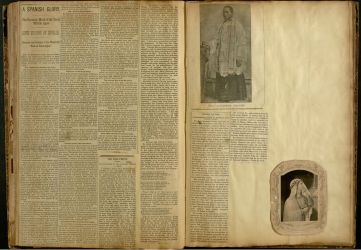 The compiler of this scrapbook was interested primarily in religious topics, particularly Catholic and Augustinian history and traditions.

View the Catholic Augustinian Scrapbook in the Digital Library. 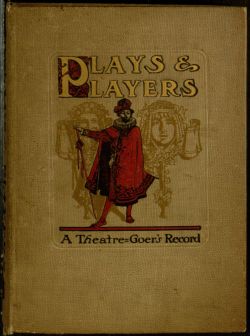 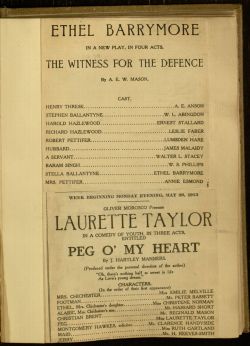 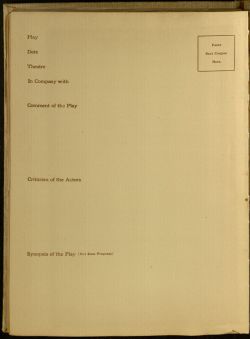 This blank album, published by Brewer Barse & Co. in 1885, provided an outline for avid theatergoers to document the shows they attended. Pages have printed headings to fill out the play, date of performance, theatre and company, and comments, as well as a place to stick one’s ticket stub. The compiler of this album simply pasted in portions of their programs and did not add any personal commentary.

View the Plays & Players album in the Digital Library. 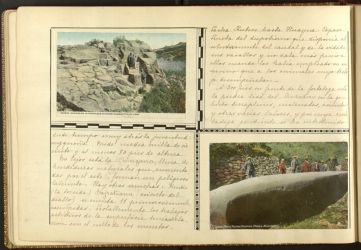 This anonymous and undated manuscript incorporates numerous photographs, post cards, clippings from print media, and detailed hand-drawn illustrations as it traces an often-fragmentary narrative stretching from pre-Columbian times to the early 20th century. The album draws on a wealth of material from early colonial sources up to the work of 19th- and early 20th-century historians, ethnographers, and archaeologists. Much of this material is liberally copied without acknowledgement of original sources in the manuscript. 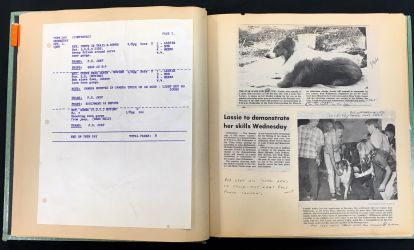 The television series Lassie is the subject of this scrapbook documenting the 1969-70 season of the series. The album contains photos and news clippings about the series development, including several clippings from newspapers in and around Cortez, Colorado, where that season of the series was filmed. Some pages are captioned with notes and anecdotes that seem to indicate the author was close to someone involved in the production, possibly dog owner and trainer Rudd Weatherwax.