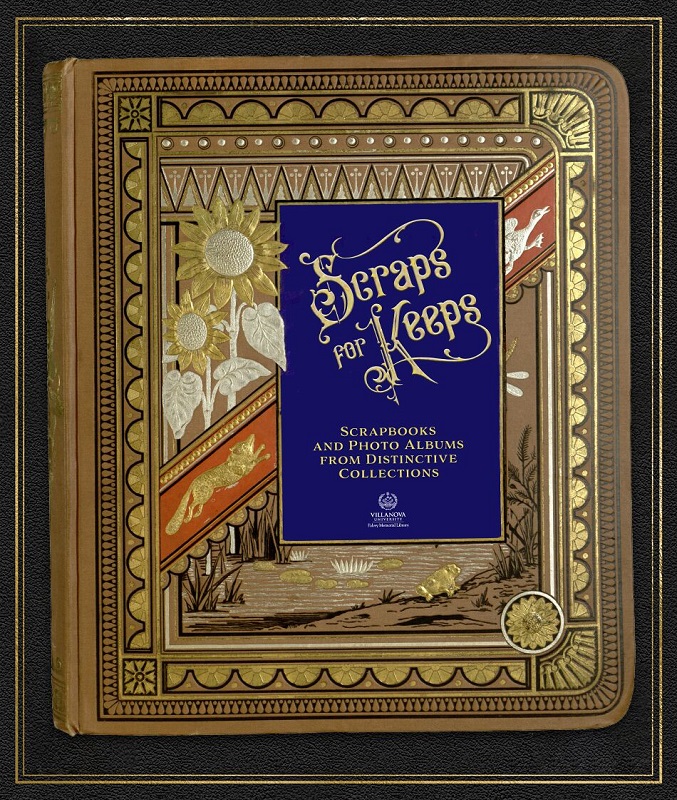 Since the beginning of written communication systems, humans have been interested in organizing the ever-growing volume of information around them. One way to save information and stories of interest is by storing them in an album. Depending on the compiler, some albums are collected in chronological order (that is, as the compiler came across clippings) while others are highly organized with hand-written notes or indices. With the invention of photography in the 19th century, photo albums became a way of storing information as well, in this case a visual capture of personal memories.

This exhibit looks at a selection of scrapbooks and photo albums from Falvey Memorial Library's Distinctive Collections. The focus is largely on materials produced in the 19th and 20th centuries by people living in the United States and Western Europe. Many of the materials highlighted have been fully digitized in our Digital Library and links are provided when they exist. Many more have not been included in this exhibit, so if interested, I encourage you to do a keyword search in the Digital Library for scrapbook or album.

Comments or questions can be directed to digitallibrary@villanova.edu.