Before printed yearbooks (and even after), some students would document their years at boarding school or college by compiling memory albums. Some were passed around among friends for them to record their anecdotes, illustrations, or favorite quotes. Others compiled photo albums, either on their own in a blank album or following the suggestions of an album printed with templates. 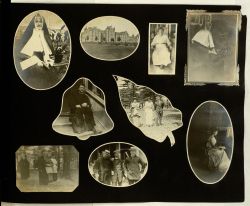 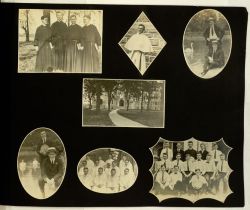 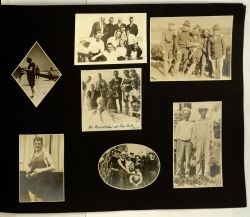 This collection of photographs depicts college life at Villanova in the early 20th century, as well as images taken elsewhere.

View the Villanova 1917 album in the Digital Library. 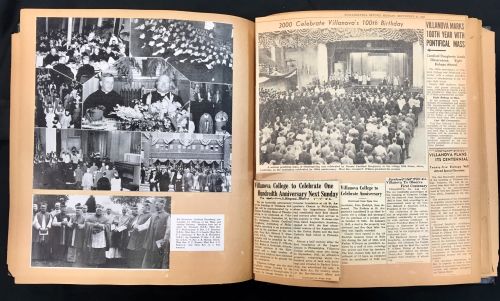 Father Edward V. Stanford, O.S.A., served as the College's President from 1932 until 1944, a tumultuous time that included most of the Depression and World War II. This period also included the celebration of Villanova’s 100th anniversary in 1942. This is the second of two albums that compile news clippings about Fr. Stanford’s leadership of the College. 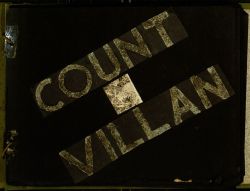 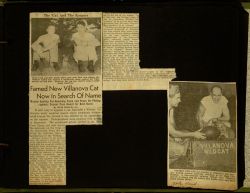 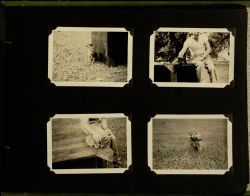 In 1945, a Villanova College alumnus obtained a real wildcat kitten and donated it to the College to keep as a living mascot. This was not the College's first live wildcat mascot. The 1945 wildcat was dubbed Count Villan II (after the previous wildcat) and photos and news clippings tell the story of this animal.

View the Count Villan album in the Digital Library.

Theda Adelaide Ray, also known as Teddy or Ray, attended the University of Maine between 1922 and 1926 and kept her college mementos in these pages. The album was produced by The College Memory Book Co. of Chicago, Ill., providing a layout for college and university students to record the memories of their time at school.