The wider availability of cheap cameras beginning in the late 19th and early 20th centuries meant that it was easier for more people to take quick "snapshots" to preserve visual documentation of personal memories. Captions are key to the lasting value of such photo albums. After a couple of generations have passed, the people in an album without captions become strangers who may share only a passing physical resemblance to their descendants. The vast amount of "stuff" that many people now acquire in their lifetime also means that they may not be willing to use storage space to hold onto a great-great-grandparent’s old photos that have lost their meaning to later generations. Some of these albums end up in institutional collections where, even without the contextual information of detailed captions, they can at least provide a visual history of a time period. 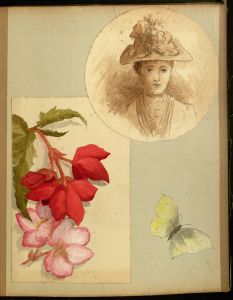 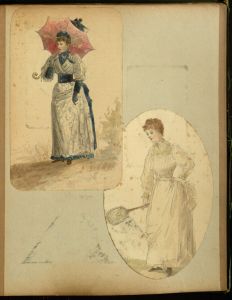 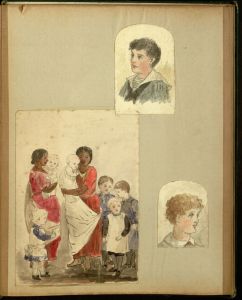 The dealer who sold this album included a well-researched biography of Edith Good and her family, providing valuable connections for researchers. Edith Good of Kingston upon Hull, East Yorkshire, was an accomplished artist from a family of other artists and consuls. Edith’s artwork here consists of watercolor portraits of women and children of her family, including detailed examples of the dress of the period, as well as a few landscapes and greeting cards. A few portraits are noteworthy for depicting the costumes worn for playing lawn tennis, which was just becoming popular at the time, including early tennis shoes and rackets. Also of note is the portrait showing the family's two West Bengali nannies with their charges.

View the full Edith Good album in the Digital Library. 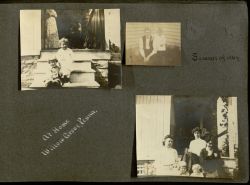 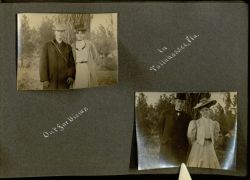 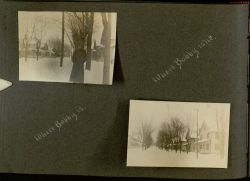 Unlike Edith Good's album, the seller of this album did not provide a biography of the person who created it. Although there is not a lot of information in the album, there is some useful information for anyone wishing to research the album further. The owner's name and home town are written in the opening pages and there are a few dates as well. In addition, the caption writer adds their own sense of humor at times, allowing modern readers to feel a bit of the personality of Laird Robinson, even though his life is not well-documented.

The following albums do not have as many captions or other information, but are still interesting specimens. 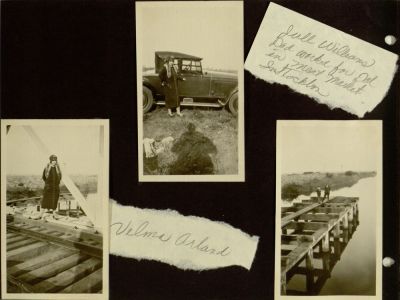 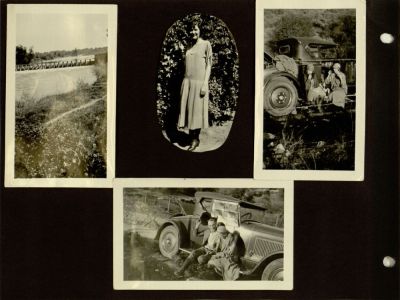 Photograph Album of Sonora, California. Circa 1910.

View this album in the Digital Library. 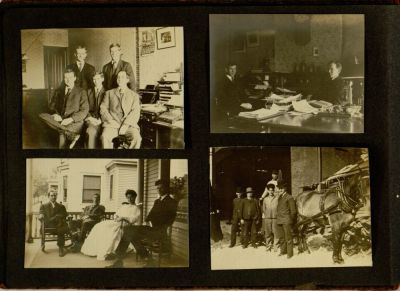 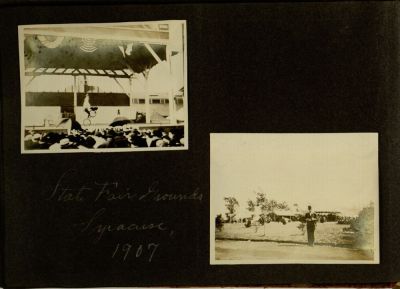 View the album in the Digital Library.