Making of a Scrapbook

This section examines some of the precursors to what we now think of as scrapbooks and some of the ways in which scrapbooks were compiled. Precursors include commonplace books, friendship albums, and household books, all of which were handwritten compilations of information or literature that someone deemed important or otherwise worthy of preservation.

In addition to using blank albums, scrapbookers also commonly repurposed printed books that were no longer of interest or value to them. Beginning in the latter half of the 19th century, as mass publication made print sources more easily accessible to a wider variety of people, scrapbooking grew from its more informal roots into an art form. Booksellers first published blank albums for use by scrapbookers, often with decorative covers, then came albums with printed pages suggesting ways to arrange particular types of information, such as theater ephemera or school mementos. 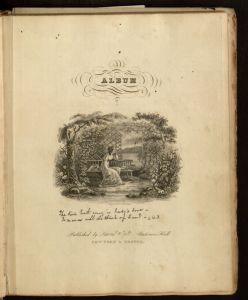 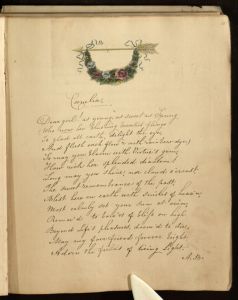 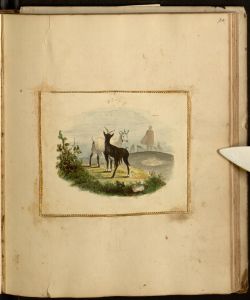 Cornelia Fletcher was a native of Washington, D.C., before moving to Philadelphia after her marriage. This album includes poetry and prose inscribed by affectionate friends and relatives. Several entries appear to be original and some include artwork as well. A friendship album such as this was a way to remember friends and memories in a time when it was more difficult to keep in touch with far-flung friends and family. Note the printed title page with an engraved illustration depicting a young woman in a garden, indicating that this was a manufactured blank album. Cornelia Fletcher's name is also embossed in gilt on the cover of the album, an adornment that may indicate that she was given the album as a gift. 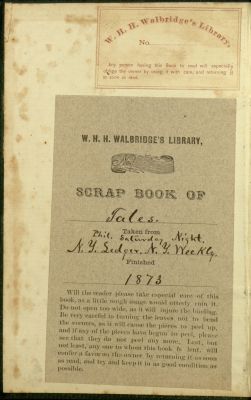 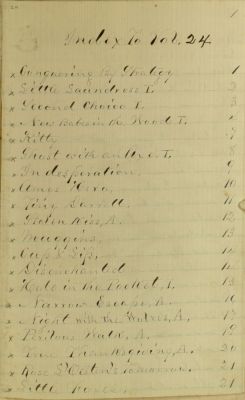 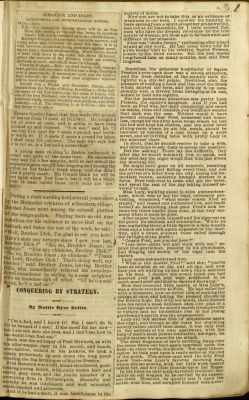 W. H. H. Walbridge seems to have been an avid and meticulous scrapbooker. This album contains stories clipped from the pages of three different story papers from 1873: Saturday Night (Philadelphia, PA), the New York Ledger (New York, NY), and the New York Weekly (New York, NY). Walbridge had his own bookplate printed for the multiple volumes that he compiled, evidently with the aim of lending them out as part of his own personal circulating library. He also wrote an index for the volume for ease of reference. This volume is labeled as “No. 24” and we have located two more volumes labeled as No. 51 and 53 at the Rutland Historical Society (Vermont), although it remains unclear how many volumes Walbridge constructed in total and if any others survive. 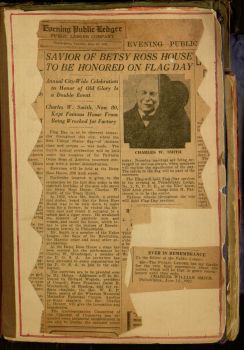 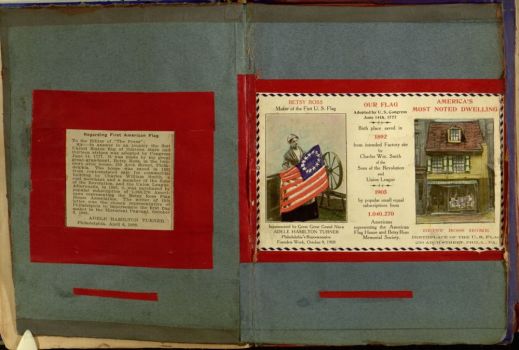 Charles William Smith (1843 – 1934) created an album out of a printed book by cutting out a portion of the pages and then pasting materials over selected pages in traditional scrapbook fashion. Smith's main motive in compiling the album was to record his role as "the man who saved the Betsy Ross House." Although both the house and the veracity of Smith’s claims have since been called into question, this album provides an interesting artifact documenting both the developing legend of Betsy Ross and her house as well as a creative use of a published book as a scrapbook. Smith also included an original poem in which he outlined the purpose of his album and from which the title of this exhibit is taken, as seen in this excerpt:

"It might have been consigned to the
scrap heap, -- I chose to use it for
My scraps for keeps." 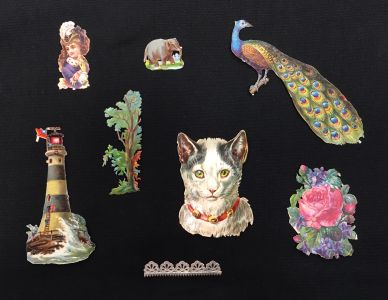 As scrapbooking in the United States skyrocketed in popularity during and after the Civil War, more and more businesses catered to the pastime. Publishers created elaborate albums in which to keep one's scraps and others began selling cut-outs with which to embellish them. 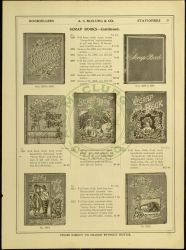 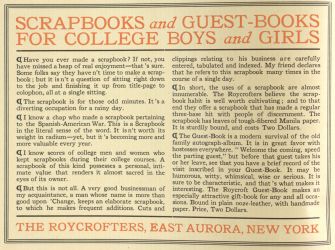 "Scrapbooks and Guest-Books for College Boys and Girls" [advertisement]. The Fra: A Journal of Affirmation, v. 9 no. 5, p. xlii. August 1912. 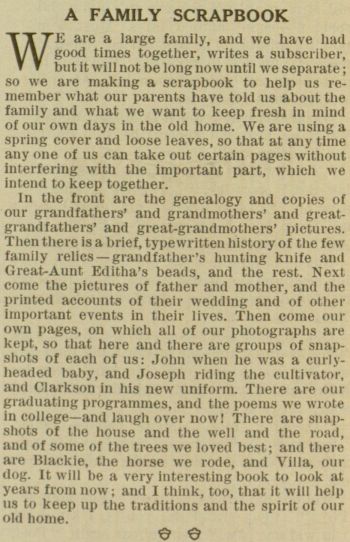 In the January 8, 1920, issue of The Youth's Companion (v. 94, no. 2), a letter on the "Family Page" (page 22) describes a family putting together a scrapbook as they prepare to go their separate ways.

We are a large family, and we have had good times together, writes a subscriber, but it will not be long now until we separate; so we are making a scrapbook to help us remember what our parents have told us about the family and what we want to keep fresh in mind of our own days in the old home. We are using a spring cover and loose leaves, so that at any time any one of us can take out certain pages without interfering with the important part, which we intend to keep together.
In the front are the genealogy and copies of our grandfathers' and grandmothers' and great-grandfathers' and great-grandmothers' pictures. Then there is a brief, typewritten history of the few family relics--grandfather's hunting knife and Great-Aunt Editha's beads, and the rest. Next come the pictures of father and mother, and the printed accounts of their wedding and of other important events in their lives. Then come our own pages, on which all of our photographs are kept, so that here and there are groups of snapshots of each of us: John when he was a curly-headed baby, and Joseph riding the cultivator, and Clarkson in his new uniform. There are our graduating programmes, and the poems we wrote in college--and laugh over now! There are snapshots of the house and the well and the road, and of some of the trees we loved best; and there are Blackie, the horse we rode, and Villa, our dog. It will be a very interesting book to look at years from now; and I think, too, that it will help us to keep up the traditions and the spirit of our old home.