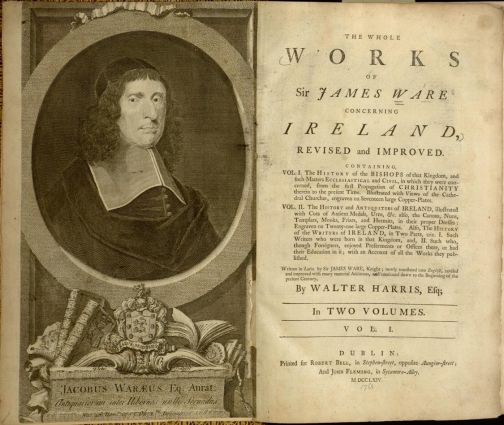 
Thou God Onmipotent, inspire my mind,

That in the realm of thought I yet may find

A theme still worthy to be handed on

To those who journey on the road behind.

--Joseph McGarrity, The Way of Life, A Celtic Rubaiyat

On May 1, 1940, Joseph McGarrity donated his extensive private library to Villanova. He would pass away a little over three months later on August 5, 1940. McGarrity's library, assembled over more than four decades, contains approximately 10,000 items, including around 3,000 monographs, many rare, mostly related to Irish history, literature, culture, society and folklore. Among the many periodicals and newspapers McGarrity collected are a complete set of Walkers Hibernian Magazine and a complete run of The Irish Press, a weekly Irish nationalist newspaper which McGarrity himself founded.

In his unpublished memoirs, McGarrity writes about his passion for book collecting but is self-deprecating regarding his appetite for reading:

I liked books always and though I may not have read and studied many of them I spent much money in procuring them. I always liked to carry a small volume in my pocket so that in my leisure moments I might open and read the things I liked, though I often carried a volume for days without even opening it but the feeling that it was within reach seemed to satisfy me as though it were a part of me.[1]

There may be a hint of modesty about this self-characterization. Marie Tarpey, in her book on McGarrity, reports that his great personal friend, Cornelius F. Neenan, "testifies [...] to the fact that McGarrity was a great reader."[2] 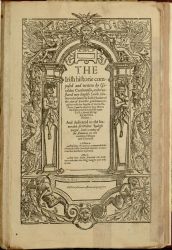 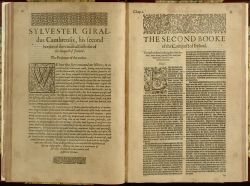 While on the whole it is impossible to determine which books in his library McGarrity actually read, McGarrity did leave behind hints and traces in some individual volumes. One such book is McGarrity's 1921 Thomas Y. Crowell edition of Edward Fitzgerald's translation of Rubáiyát of Omar Khayyám. Certain passages in the book have been underscored by McGarrity, including one from Michael Kerney's biographical preface on Fitzgerald: "The 'Ruba'iyyat' (Quatrains) do not compose a single poem divided into a certain number of stanzas; there is a distinct thought expressed in musical verse" (8). It seems likely that McGarrity would have drawn instruction, and perhaps inspiration, from this text for his The Way of Life: A Celtic Rubaiyat.

McGarrity's library also includes a copy of the 1892 David McKay edition of Walt Whitman's Leaves of Grass. In his unpublished memoirs, McGarrity relates the story of his coming into possession of this particularly cherished book, and how, as a young man, he was much taken with Whitman's work:

Among the characters of note that I met was the great Walt Whitman's personal friend Peter Doyle, who was a baggage master on the Pennsylvania R.R. He was a very tall man, wore a long moustache and told me stories on end of Walt Whitman. He presented me with a volume of Whitman's Leaves of Grass which I read and reread and studied and have kept ever since.[3] 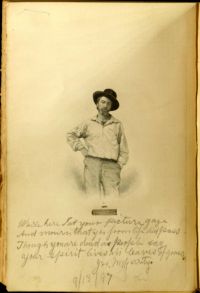 At the bottom of one page of the book, inscribed in pencil underneath an engraving print of Walt Whitman as a young man, is the following short, signed poem in the handwriting of a 23-year-old Joseph McGarrity:

While here I at your picture gaze

And mourn that you from life did pass

Though you are dead as people say

your spirit lives in leaves of grass.

The "Joseph McGarrity Irish Library," as the May 1940 Villanovan article announcing its donation to the College refers to it, is certainly an extraordinary resource for Irish Studies; it is also, however, a store of considerable insight into the intellectual life and cultural interests of the man who assembled it.