And generations yet unborn

Will hear the story told,

And loud proclaim the sacred name:--

The name of Rory bold!

Among the rebels executed by the British in the wake of the Easter Rising were a number of writers and poets. At the time of the uprising, Joseph Plunkett, Thomas MacDonagh and Padraig Pearse had already established reputations in Irish literary circles. While McGarrity would have been acquainted with all three, he enjoyed a particular rapport with the poet and pedagogue Padraig Pearse who had stayed with McGarrity in Philadelphia during Pearse's visit to America in early 1914 to raise funds for St. Enda's, Pearse's Irish-language school located in a suburb of Dublin. Roger Casement, who is better known for his work as a diplomat and human rights campaigner, was also a poet. He too stayed at the McGarrity home during his time in the United States and the two men established a strong friendship. Indeed Casement thought so much of McGarrity that one of his last letters from Pentonville Prison, written to his sister only days before he was hanged for treason (and later published in the newspaper The Irish Press), includes a message for McGarrity among his final words to his closest friends.

Knowing his messages were being scrutinized by British intelligence, Casement refers to McGarrity in the letter as "the one with the two children and the doggie": 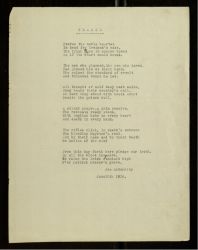 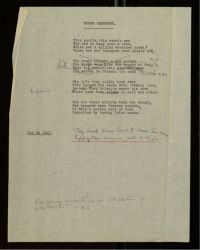 For the old friend my affection and gratitude for all he tried to do for me—and for all he did and for the one with the two children and the doggie—my sincerest greeting. Old Father Gerald, too—all of them—and Father John, and so many more. They were true and staunch friends. I would I were worthy of their friendship. And tell the friend with the two children and the doggie to never forget me and let the children go on and pray for me just as they did of old.[1]

Following Casement's execution, McGarrity remained fiercely loyal to his friend, defending his reputation against press attacks and fulfilling a promise he had made to him by providing financial assistance to Casement's sister, Agnes Newman.

Born in Macroom, County Cork, Peter Golden left Ireland for the United States in 1901 to join a brother and two sisters in St. Louis. After graduating from the St. Louis School of Elocution and Dramatic Art and becoming an American citizen, Golden began a career as an actor, singer and poet.  He also became active in Irish-American politics, founding the first Sinn Fein-affiliated organization in the United States in 1908.  After re-locating to New York, he served three years as general secretary of the Irish Progressive League, and would go on to work closely alongside Joseph McGarrity managing the American Association for the Recognition of the Irish Republic, formed by Eamon de Valera in 1920.  Among Golden’s publications are many volumes of poetry, including To Arms: And Other Poems (1913) and The Voice of Ireland (1921); and a book, Impressions of Ireland (1924), based on his observations made during a 1922 visit home. 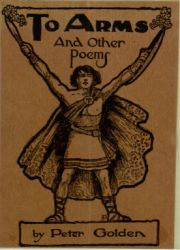 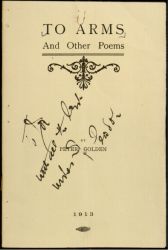 The dedication of Ella Young’s 1929 collection of Fenian Cycle legends, The Tangle-Coated Horse and Other Tales, reads:

Who has taken Fionn for Exemplar.

It greatly pleased McGarrity to have won this recognition from such a respected poet, Celtic folklore scholar and steadfast Irish republican.  Educated at University College Dublin and a protégé of the writer, mystic and social reformer AE (George Russell), Ella Young was also deeply involved in republican politics having smuggled guns for the IRA and been active in the Easter Rising.  Her political activities eventually earned her a spell in Mountjoy Gaol.  In 1925 Young travelled to America where she lectured at a number of American universities before accepting a lectureship in Celtic mythology and literature at the University of California.  Young decamped to Canada in 1930 in order to apply for a permanent American visa; her application, however, was denied by American authorities. McGarrity worked vigorously on her behalf earning Young’s effusive thanks for helping to secure her return to America. Good friends and frequent correspondents, Young served as something of a poetic mentor to McGarrity, providing advice and encouragement on his writing. Ella Young also edited and introduced the first edition of McGarrity’s collection of poems, Celtic Moods and Memories.

Photograph of Joseph McGarrity and Ella Young, May 1939. [Digital Library]

Photograph of Joseph McGarrity and Ella Young, May 1939.  [Digital Library]