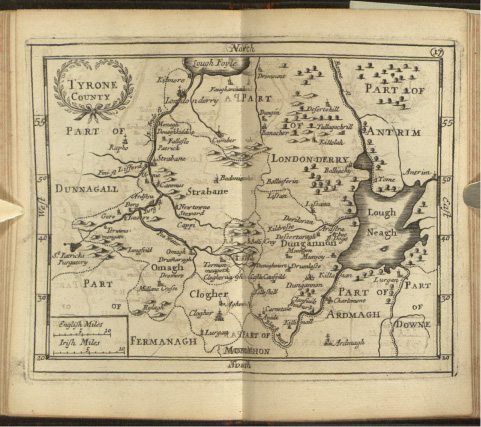 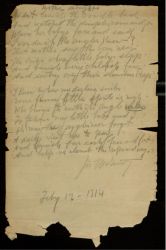 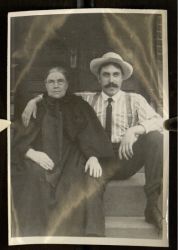 Among Joseph McGarrity's papers housed at Villanova's Falvey Library are his memoirs, dictated by McGarrity to his daughter Theresa in May 1939; and a travel narrative entitled "The Muzo Trail," which contains a partial account of McGarrity's travels in Colombia in 1927. Both manuscripts are unpublished.

In "Memoirs of Joseph McGarrity," McGarrity recounts his early years growing up in County Tyrone, Ireland, his education and nascent nationalism, and his decision to immigrate, at age 18, to the United States. He relates the remarkable circumstances of his crossing, a journey undertaken with very little money, no luggage and a second-class ticket given to him by a generous stranger. McGarrity also covers his arrival in Philadelphia, the establishment of his liquor business, and his initiation into the Clan-na-Gael. The memoir ends with a moving account of the death of his mother, whom McGarrity brought over to live with him in America following his father's death:

On the first night of her sickness I entered rather late and found her unwell. She told me she had a chill and could not shake it off. I made her a whiskey punch and gave it to her; helped her to bed again but found her up and about within half an hour or so. She did not want to disturb me though she was very sick. She was somewhat better in the morning and I went off to the store, returning early in the evening she called me to her bedside and said, "Joseph, I am going to die." I said, "Mother, you just imagine that." She said, "Joseph, I know it. I shall never stand on green grass alive again." [...]

Three days before her death took place she was talking to herself in Gaelic as that had been her mother-tongue. She continued to say the words "Andonah." Leaning down to her I said, "Mother what are you saying?" as I had not understood the words. She said, "Joseph Sunday is the day." Andonah being Gaelic for Sunday. She predicted her own death on the following Sunday and so it took place. I told the story later to Dr. Douglas Hyde who was then the President of the Gaelic League for the revival of the language of Ireland and he was moved to the shedding of tears at the incident. [1]

Covering roughly the years 1874 (the year of McGarrity's birth) to 1904, the manuscript ends with a note from McGarrity's daughter—"This is all Papa dictated to me."

In 1926, Joseph McGarrity travelled to the Andean region of Colombia on a business venture related to the emerald trade.  Travelling by train and by horseback McGarrity made his way to Muzo, a small mining town located in the western foothills of the Andes.  McGarrity was so taken by the strange and beautiful landscape he encountered and by the people he met, that he was inspired to author what he characterizes, in a letter to his son Joseph, as a “detailed description” of his trip.  The manuscript, entitled “The Muzo Trail,” runs some 45-typescript pages and contains McGarrity’s closely observed travelogue recounting his experiences in South America, including the following account of the profound impression left on him by his visit to the town of Chiquinquira and its Basilica of our Lady of the Rosary: 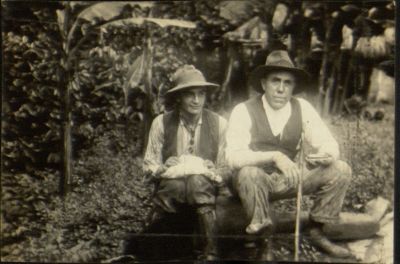 Here is a celebrated shrine to which people from all over Colombia and many other countries of South America make lengthy pilgrimages.  Many miracles are said to have been performed there, the lame and crippled made whole, their crutches cast aside in a corner of the Church and the blind are said to have recovered their sight.  I arose at 5 o’clock and made my way to the Church, whose bells were ringing out a call to prayer; arriving there I found it filled to the doors, numbers of the congregation in their bare feet and starting at a point a few yards from the main entrance, devout men and women prostrated themselves before the altar, once, twice, three times as they advance slowly and reverently.  Many of these people are full blooded Indians and they appear to be even more devout than the descendants of the White Spanish settlers.  You felt, as you knelt among them and witnessed their devotion, that you were in a Holy Place, amongst holy people.  Mass over, groups of the congregation did not hurry off, but gathered around the numerous beautiful altars and proceeded with their Novenas, including the lighting of candles, the stations of the Cross and other devotions. [2]

McGarrity was quite captivated by South America, leaving with many new friends and firm plans to return. At one point, McGarrity even considered buying ranchland in Colombia with the intention of raising and selling cattle there. 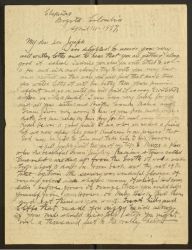 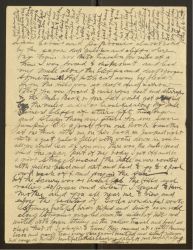 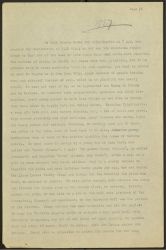