FALVEY MEMORIAL LIBRARY
Home Search Guides Help
You are exploring:  Library  >
Exhibits Home  >
Are We There Yet?  >
Religious Travel

Before leisure tourism became popular in the 18th century, visiting sacred sites presented a powerful motivation for some travelers, despite the many risks. Robbery, assault, natural hazards, and even death were some of the hazards faced by pilgrims in the Middle Ages (Ure 2). Many of the most visited sites are in the Holy Land, in the area now known as the Middle East, because the area contains locations that feature prominently in Christianity, Islam, and Judaism. 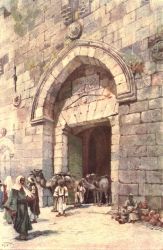 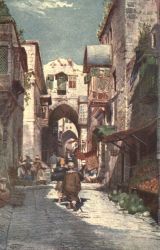 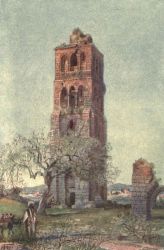 "A pilgrimage is not just a journey," write Simon Coleman and John Elsner; "it also involves the confrontation of travellers with rituals, holy objects and sacred architecture." A pilgrimage may be undertaken for a variety of reasons, including as a rite of passage, a quest, or a search for spiritual or physical healing. Another important component of pilgrimage is the remembrance of the experience after the journey is completed, through souvenirs and narratives (Coleman and Elsner 6). Below is a small sample of published travel narratives about trips to the Holy Land. 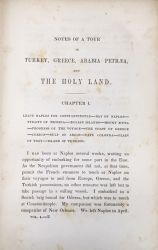 Lamartine, Alphonse de. A Pilgrimage to the Holy Land: Comprising Recollections, Sketches and Reflections Made During a Tour in the East in 1832-1833. Philadelphia: Carey, Lea & Blanchard, 1835. 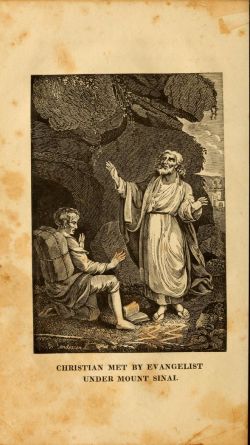 Bunyan, John. The Pilgrim's Progress: From This World to That Which Is to Come. Delivered Under the Similitude of a Dream ; in Two Parts. Anderson, Alexander, ill. New ed. New York: John Tiebout, 1811. [Internet Archive]

Although allegorical, John Bunyan's The Pilgrim's Progress is one of the best-known of books about pilgrimages (Ure 16). In the story, Bunyan's hero, Christian, leaves his home in the City of Destruction to find his way to the Celestial City atop Mount Zion. The story presents an allegory of the "trials and tribulations of Christian life" but also serves as a representation of the real-life perils encountered on a pilgrim's journey (Ure 215). 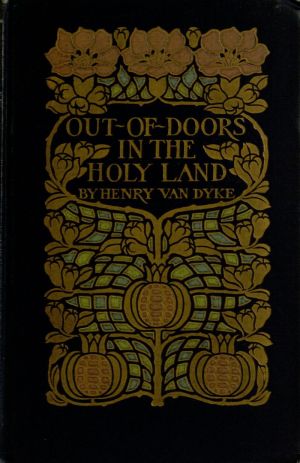