FALVEY LIBRARY
Home Search Guides Help
You are exploring:  Library  >
Exhibits Home  >
Are We There Yet?  >
World's Fairs

World’s fairs (also known as world expositions) function as a way to bring culture, history, and new technology together in one event to people of many backgrounds. Between 1876 and 1916, almost 100 million people attended the international expositions held in 12 U.S. cities (Rydell 2). These fairs provided host cities with opportunities for economic growth and development and they provided visitors with the opportunity to vicariously visit far-off lands. The diversity of industries and places represented in the expositions were a big draw for visitors, but this “diversity” was a product of its time. Diversity, writes Robert W. Rydell, "was inseparable from the larger constellation of ideas about race, nationality, and progress that molded the fairs into ideologically coherent 'symbolic universes' confirming and extending the authority of the country's corporate, political, and scientific leadership" (2). On the other hand, some groups of relatively powerless people, such as women and American Indians, were able to use the fairs to their advantage and challenge the stereotypes attached to them (Rydell, Findling, and Pelle 6).

The first modern World’s Fair was the Crystal Palace Exhibition held in London in 1851, commissioned by Prince Albert to create new economic links between nations (Rydell, Findling, and Pelle 14). From the very first fair to the current expositions, some of the underlying goals are to promote positive relations between nations while showcasing cultural, technological, and scientific treasures and marvels. 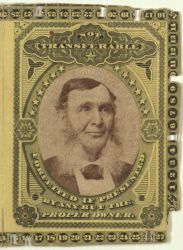 World's fairs provided opportunities for pleasure, education, and inspiration through the wide variety of exhibits on display in the pavilions. In addition, country and state exhibition pavilions brought glimpses of far-off cultures within reach of those who would never be able to travel very far from home. One popular example was the "Street in Cairo" at the 1893 World's Columbian Exhibition, which recreated an Egyptian street within the fair grounds in Chicago. For those who could afford a trip, travel companies often had a presence at the fairs, such as the American branch of Thomas Cook & Son, London, who sold tours and other travel services at the 1876 Centennial Exposition in Philadelphia. 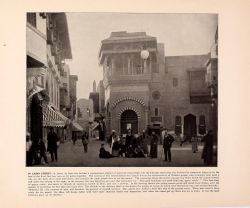 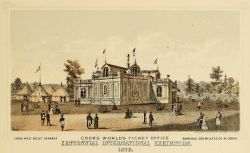 In 1933 as America was suffering through the Great Depression, the World’s Fair was held in Chicago. The fair was held despite critics who believed this was a bad idea that would end in economic disaster. The 1933 fair, however, was successful and raised people’s spirits while also attempting to counteract the financial woes of the Great Depression by creating jobs and boosting morale. This fair was called “A Century of Progress” and displayed scientific feats and marvels to encourage fair-goers to envision a brighter future (Ganz 1-3). 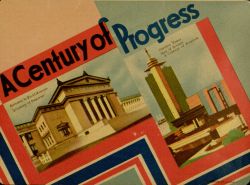 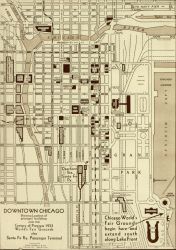 Each world’s fair features an individual theme, with the themes falling into three categories over the past century and a half. During the industrial era (1851-1938), fairs promoted technological innovation. The cultural exchange era (1939-1987) focused on human progress and creating a better future. The current era focuses on nation branding (1988-present) and uses the fairs to improve national images not only of the host country but also of participating countries through nationally sponsored pavilions ("World's Fair"). Since 1928, the Bureau International des Expositions, or BIE, has served as an international approving body for world’s fairs. The next BIE-sanctioned world’s fair will be Expo 2017 in Astana, Kazakhstan and the theme will be “Future Energy” (BIE).

Despite time-consuming and expensive construction, the host country generally benefits from holding a fair due to the millions of people who travel to the event. Some of the buildings constructed specifically for the fair would become permeant structures, such as the Eiffel Tower and Seattle’s Space Needle, which continue to draw tourists to these destinations today. Other buildings and structures have been re-purposed to meet the cultural and economic needs of the city. For example, the Art Gallery built for the 1876 World’s Fair in Philadelphia still stands today as Memorial Hall and now houses the Please Touch Museum (BIE). 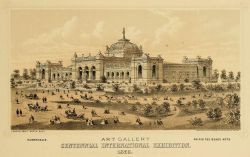 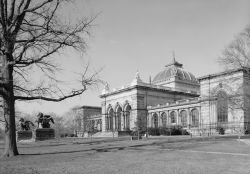 Rydell, Robert W. All the World's a Fair: Visions of Empire At American International Expositions, 1876-1916. Chicago: University of Chicago Press, 1984. 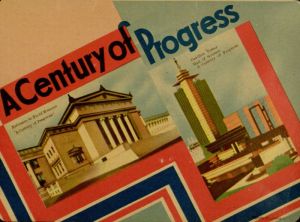