FALVEY LIBRARY
Home Search Guides Help
You are exploring:  Library  >
Exhibits Home  >
Are We There Yet?  >
North America

People traveled around North America for a variety of reasons. Beginning in the 19th century, people sought springs and resorts for health-restoring waters and a “change of air” (Aron 19). Many physicians believed spending time in natural settings would cure a variety of ailments. More and more seaside resorts and springs began to open to meet people’s needs and the ever improving road conditions meant more people traveling. In the summer months, people also traveled to escape disease-ridden cities (Aron 27).

Many travelers also sought to escape work and home for recreational purposes. Wealthy men and women traveled for pleasure and to participate in high society, attending balls and sporting events (Aron 24-25). Resorts relaxed codes of conduct, often sparking controversy with women participating in amusements normally considered inappropriate for them. Swimming in particular led to women being criticized for their ugly, revealing bathing costumes that many found inappropriate (Aron 75-77). Hotels and resorts catered to a wide variety of interests. Religious resorts provided a refuge for those who preferred to avoid the questionable amusements and relaxed social interactions of other resorts (Aron 105-106). Educational and self-improvement resorts offered opportunities for those who wished to expand their knowledge rather than spend their vacation idly (Aron 112). 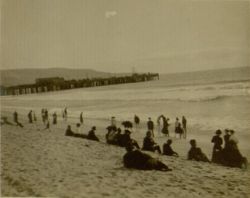 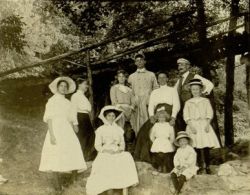 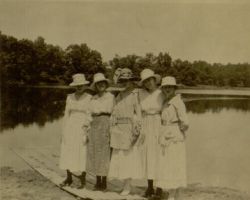 Improvements to travel infrastructure in the late-19th- and early-20th-centuries meant that more and more people could travel. Individuals and families enjoyed exploring cities and natural wonders near and far as their leisure time and income permitted.

Another way to travel was for work. Theater companies, vaudeville acts, and other types of performers traveled around the country on tours and often were able to enjoy some of the sites along the way. 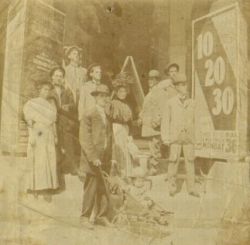 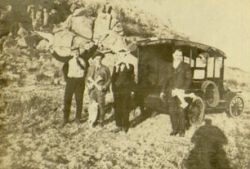 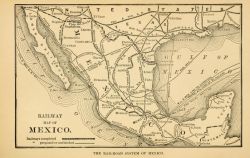 Travelers also visited natural and historical sites throughout the continent as a form of cultivating a certain identity. Americans based their travel experiences off of the British models of traveling the scenic countryside and the Grand Tour. Therefore wealthy Americans who could afford the time-consuming vacation, travelled to places such as the Hudson River Valley, the White Mountains, and Niagara Falls (Aron 129-30). They would also travel to historic places, such as Capitol Hill, as well as battlefields and other military sites (Aron 132). These tours were also considered educational as travelers sought culture and enlightenment from the sites they saw. 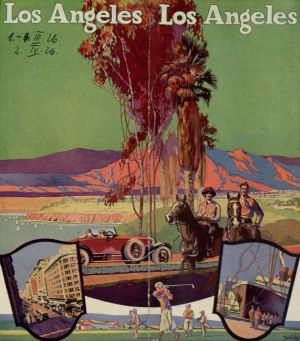