FALVEY MEMORIAL LIBRARY
Home Search Guides Help
You are exploring:  Library  >
Exhibits Home  >
Are We There Yet?  >
Modes of Travel

The 19th Century brought along a boom of new technologies including the more popular modes of transportation: the automobile and train. Automobiles began to replace the stagecoach and horse-drawn carriage as a faster means of travel. Automobile traveling become known as a leisurely activity where one could freely discover picturesque views (Belasco 20). But traveling by automobile was not always easy. The unpaved roads were hazardous: full of tree stumps, rocks, and deep mud. Due to the poor roads and fragile machinery, simply traveling to any destination became a part of the vacation itself. It was an adventure that created camaraderie with other fellow drivers who stopped to help clear a fallen tree or push an automobile out of the mud. Motorists brought forth the ideal of the “strenuous life” with the exposure to the elements and bumpy, arduous drives (Belasco 23-34). 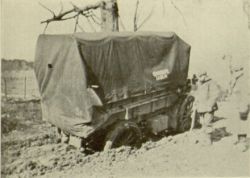 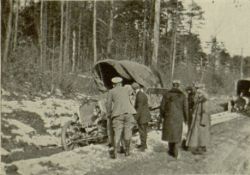 The Story of an Autocar Defeating the Bad Road Conditions of the South. [Ardmore, Pa : Autocar Company], 1913. [Digital Library]

The railways were introduced in the United States as a major mode of transportation around the 1830s (White 408). By the 1840s trains were traveling at around 25 mph (White 412) and one could travel from point A to point B in a few hours or days rather than a week or more. Railways led to the expansion of resorts across the nation due to the ease and quickness of this mode of travel (Aron 49). Railways, in this sense, changed the way people vacationed. People no longer vacationed for a few months, but rather were able to take a week or two of vacation due to the quickness of train travel and the affordable price (Aron 53-54). Whether for financial reasons or because they could not leave their jobs for more than a few days, many men would only visit their families, who were vacationing, on the weekends. These trips were made possible because of the quickness of train travel. Some railways even made special commuter trains for this purpose (Aron 57-58). Furthermore, “The railroads made it feasible for families to find summer quarters close enough to the city that husbands could commute daily for work and return in the evenings to their wives and children in the country or along the shore” (Aron 60). 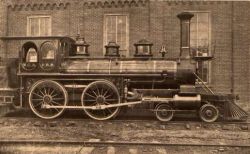 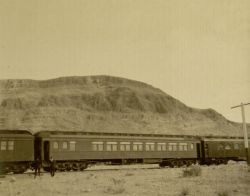 Maguire, M. J. Through the Garden of Ireland: An Illustrated Tourist Guide to the Counties of Wicklow, Wexford and Waterford. Dublin: Browne and Nolan, 1912. [Digital Library]

By the late 19th early 20th centuries, automobile travel became increasingly popular. Travel by train was crowded with strangers and on schedules that were not always convenient. Many travelers preferred the automobile, where they were in control of when they could arrive and depart, rather than the train, which had strict arrival and departure times. Train travelers were subjected to a blurred landscape that was set to a fixed route, while a motorist could leisurely travel wondering roads, take in the scenery, and explore new paths (Belasco 23-24). That being said, the train opened up new avenues of travel to faraway places. Vacationers now had the opportunity to travel at a reasonable price to destinations across the United States with a much smoother ride. 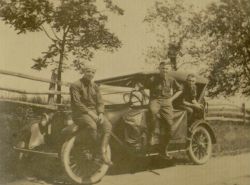 The first scheduled commercial flight occurred in 1914, traveling from St. Petersburg to Tampa, Florida, but scheduled, domestic flights were not widely available until the 1920s, and even then, air travel was mostly restricted to businessmen and the wealthy. During this time, a flight across American would cost $400 and take about 32 hours. These early planes could only fly at lower altitudes and therefore were unable to avoid bad weather, creating a noisy, turbulent flight. It wasn’t until the late 1930s that a pressurized cabin was invented, allowing planes to fly at higher altitudes to avoid turbulence (Little, 121-125).

Traveling for pleasure became nonexistent during WWII as most airplanes were used for the war effort, but once the war was over, there was an increase in air travel, though it was still expensive. It was not until the late 1950s that coach options were offered at a reduced price, making it easier for a more diverse population of travelers (Little 129). Interest in air travel increased as it became more affordable. 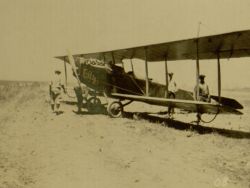 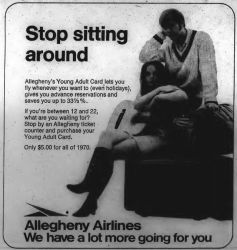 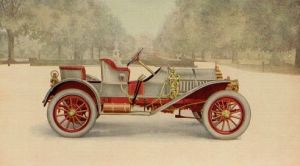