Daily life for the average American and the household chores changed incrementally, from the late 19th into the early 20th centuries, with the introduction of many technological innovations like electricity and the telephone. Wealthy Americans were the first to experience a home brightened by the electric light bulb.  Electricity was the source of innovative inventions like the washing machines, refrigerators and vacuum cleaners.

The selected advertisements below illustrate such changes in daily living. 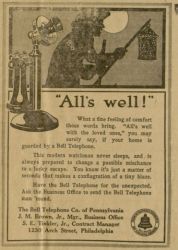 The article, "Telephone," published in St. James Encyclopedia of Popular Culture, author Carpenter wrote “The Bell Telephone Company, first of its kind, was founded on July 9, 1877. . . . The telephone has consisted of the same basic components: a power source, switch hook, dialer, ringer, transmitter, and receiver.”  [Carpenter 624]

The Encyclopedia of Global Brands, for the article on AT&T's origins, noted “Up until Bell's patent expired in 1894 Bell Telephone was the only company that could legally operate telephone systems in the United States. In 1899 AT&T acquired the assets of Bell, becoming the parent company of the Bell System instead of a subsidiary. After the patent expired independent telephone companies sprouted all across the United States. Within 10 years the number of telephones increased 1,163 percent. The primary difficulty with the new companies was that they were not connected, making it impossible for subscribers to different companies to call each other, a situation not resolved until 1914.” [AT&T 59]

In the book, Never Done: A History of American Housework, published in 1982, the author, Susan Stasser wrote “Between about 1890 and 1920, mass production and mass distribution brought new products and services—gas, electricity, running water, prepared foods, ready-made clothes and factory-made furniture and utensils—to a large number of American families.” [Strasser, 6] 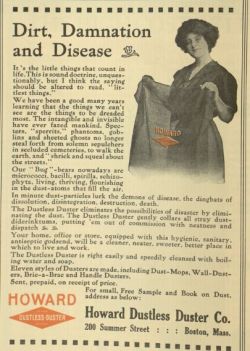 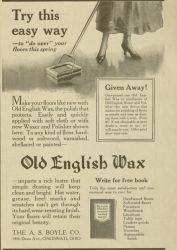 With the candle market in decline, the soap market evolved, by the late 1880s, when manufacturers of candles and soap discontinued their candles to a focus solely on the soap industry. Individual lines of brand name soap products, with new and unique ingredients, were manufactured. Soap advertisements increased, from 1890s to 1900, as sales demonstrated a profitable market. 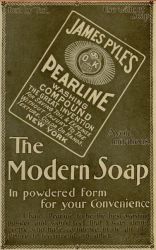 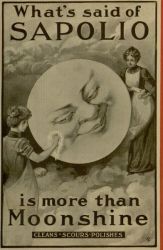 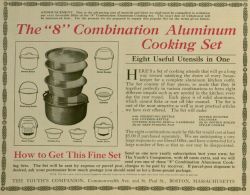 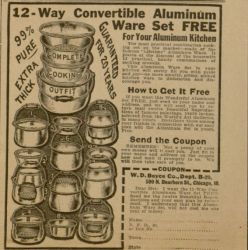 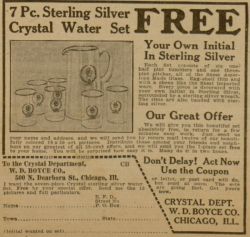 By 1900, author Richard Digby-Junger wrote in his article, "Mass Market Magazine Revolution," in the St. James Encyclopedia of Popular Culture, "Interior housing spaces represented yet place to make a statement to visitors while preserving the individuality, utility, and privacy of their owners. Parlors, also known as best or sitting rooms to Victorians, were especially important. ... Furnishings needed to display a family's tastes in design and art while simultaneously revealing their history through judicious display of portraits, photographs, and other personal mementos." [Digby-Junger, 300] 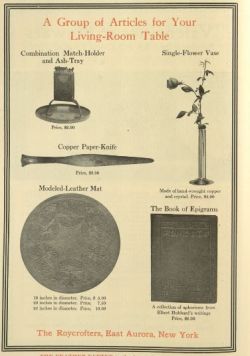 “As clocks came to represent shared, community time, rather that personal time, they especially needed regularity, consistency, and standardization. Accomplishing this required new tools and new skills.” wrote author, Andrews, in his article, “The Measure of Time,” published, in the multi-volume set, Science and Its Times. And as such, “The success of these devices and the mechanical view they engendered led to a cultural change.” [Andrews 448] 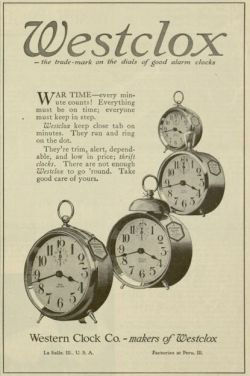 ". . . Marketers deployed the many persuasive tools available to them to induce people to bring objects into their home, put things into their mouths, wear things on their bodies . . . " [Woloson]

". . . certainly the farm journals and religious periodicals all carried items of interest to women readers . . . " [Norris]