FALVEY LIBRARY
Home Search Guides Help
You are exploring:  Library  >
Exhibits Home  >
You can learn a lot from ADVERTISING  >
Literary

The publishing houses and booksellers advertised in the weekly newspapers and magazines, in the late 19th to the early 20th centuries.  In the advertisement below, the publishers Pudney & Russell advertised in The National Defender, in 1858, of their recently published work, Records of the Revolutionary War.  In the “Preface,” the author, W. T. R. Saffell, acknowledged his work was to help many of the soldiers and their descendants who sought confirmation of their military service, in that war, to apply for federal payments, to the veteran, their widows and heirs, of either a War Pensions or Bounty-Land Warrants. 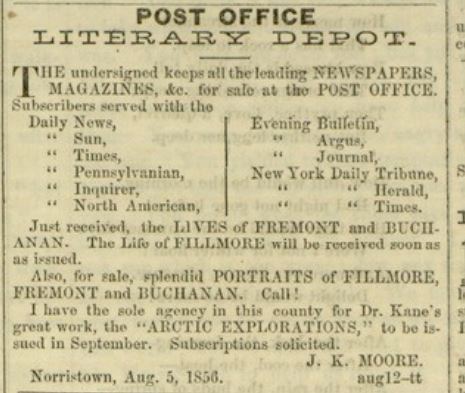 The above advertisement, from the Literary Depot, in Norristown, PA, offered a “pre-sale,” in August, for the title Arctic Explorations, by Dr. Kane, available in September, 1856.

American explorer Dr. Elisha Kane, the commander of the Second Grinnell Expedition, which was financed by American philanthropist Henry Grinnell, in search of British Naval explorer, Sir John Franklin, and his crew, lost in the 1845 exploration for the Northwest Passage, submitted an official report to the Secretary of Navy, John P. Kennedy, according to The New York Times on October 16, 1855. The expedition was unsuccessful in discovering Sir Franklin or his crew; Kane was credited with a new record in reaching the farthest northern point unexplored and the scientific information gathered. 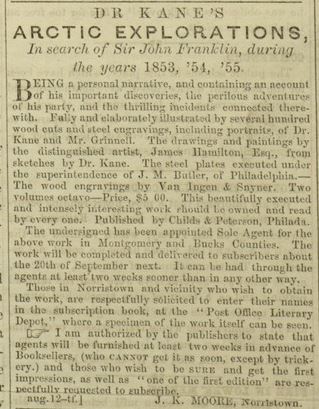 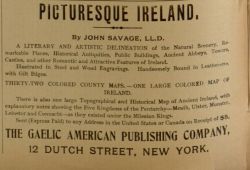 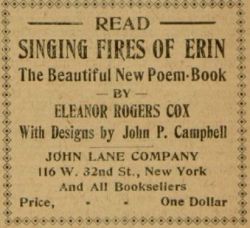 Publishers of conservative literary magazines reluctantly yielded to advertisements for a profit. By including advertisements in each of its issues, one such magazine, The Youth’s Companion, according to James D. Norris, author of Advertising and the Transformation of American Society, 1865-1920, witnessed a growth in subscriptions from the decision, in 1857, from 5,000 subscribers to well over 50,000 in circulation by 1868.

Below are 2 advertisements in The Youth's Companion for newly published books titles. 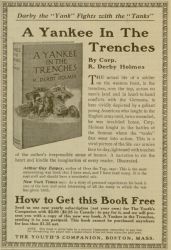 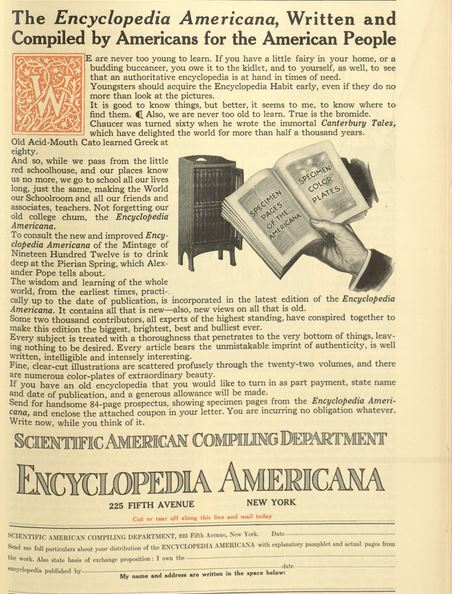 ". . . less-expensive binding techniques and the introduction of a mass market increased readership of books . . ." [Giordano]


“ . . . Noah Webster began a distinctly American tradition with his two-volume American Dictionary of the English Language (1828), which was basically an encyclopedic dictionary. . . .The first encyclopedia based mainly on American contributions was the sixteen-volume New American Cyclopaedia, edited by George Ripley and Charles A. Dana in 1858–1863." [Beutler 204]