While dramatic productions continued to be performed by members of Belle Masque Society, membership grew so dramatically that the club became the gateway into creating a graduate degree program of Theater Arts under the direction of Dr. Richard Duprey, the inaugural chair of the Theatre Department, who at the time also the director for Belle Masque Society. The Department of Theatre was the first to offer a graduate degree program in the College of Liberal Arts and Sciences, and for that matter, in any of the Colleges at Villanova University. The 1960-1961 season helped to solidify the department and the success of its productions, especially after the move to Vasey Hall. In the early days of the Villanova Theatre department, the mission was to create a theatre that addressed the intersection of performance for self-reflection and entertainment. 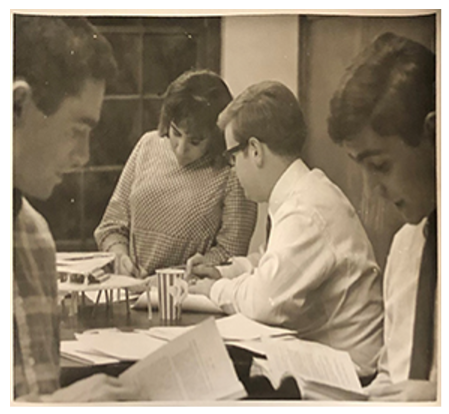 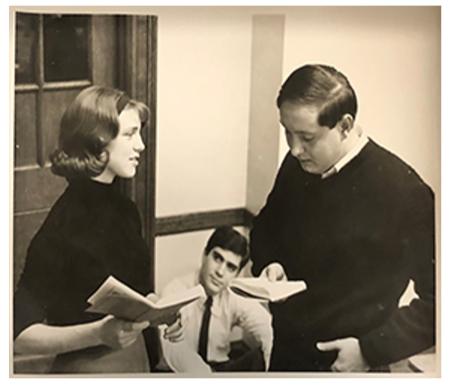 Rehearsal photographs for A Man of All Seasons, 1965.

After Dr. Duprey retired in 1970, Dr. Robert Hedley took over chairmanship of the department. Dr. Hedley took the helm during a culture shift occurring as many cultural organizations on campus were shutting down because of lack of student interest as well as productions became more politically charged on campus. The lack of perceived interest carried over to Belle-Masque and University Theatre productions as the program's viability was questioned and administration considered for a brief time to be discontinue the program. Though under Dr. Hedley, a new wave of experimentation occurred, heavily influenced by Polish Laboratory Theatre, La Mama Experimental Theatre, director Jerry Grotowski and Richard Schechner of New York City's Performance Group. Responding to the cultural climate, more productions leaned into the political and psychological themes. 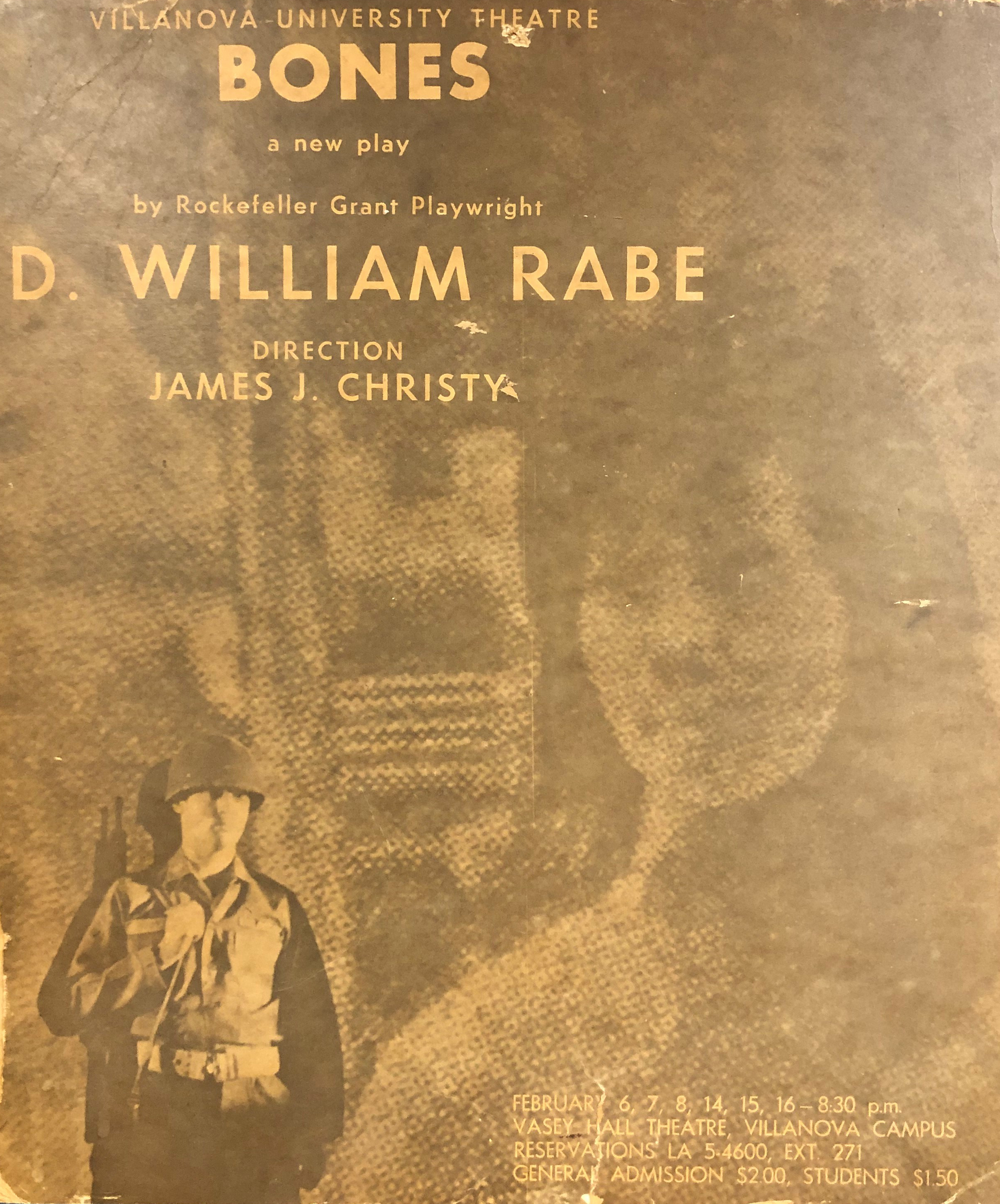 Bones by David William Rabe (1940-present) was performed in 1968. The play was a lens on the tension of the Vietnam War on the battlefield and at home with difficulties reconciling violence, disabilities, politics, and family dynamics. The complexity of Robe's criticism of the war reflected growing opposition for the draft and violence on campus and theatre's willingness to tackle controversial themes. Bones was a personal play as Rabe was drafted into the Army in 1965 and served in Vietnam in a medical unit during the Vietnam War. After leaving the Army in 1967, Rabe returned to Villanova, studying writing and earning an M.A. in 1968. Rabe would go on to win a Tony Award for the play in 1971.

From the 1970s to the 1990s the Department of Theatre attempted to facilitate the development an undergraduate presence in the hopes of offering an undergraduate Theatre major, but the undergraduate program never fully materialized. Nevertheless, undergraduate interest in dramatics has not diminished but rather lives on in Villanova Student Musical Theater (VSMT), which puts on a variety of theatrical productions every semester.

Throughout the 1980s, the department expanded into new theatrical territories with the inclusion of works by women and underrepresented groups, especially the study of Japanese and Chinese playwrights. This was heavily influenced by Dr. Joanna Rotte's direction when she joined as chair of the department in 1985, bringing to the department her experience in Eastern theatre. 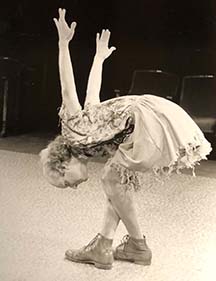 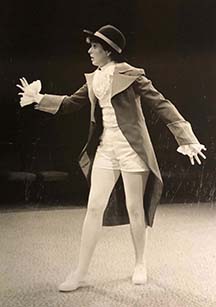 Under Dr. James J. Christy tutelage, the Villanova Summer Shakespeare Company, later renamed the Contemporary Shakespeare Company, was created, which enjoyed tremendous critical acclaim throughout the 1980s. The company was dedicated to the development of a modern approach to retellings of Shakespeare and the classics.

Costumes are designed and constructed in-house. 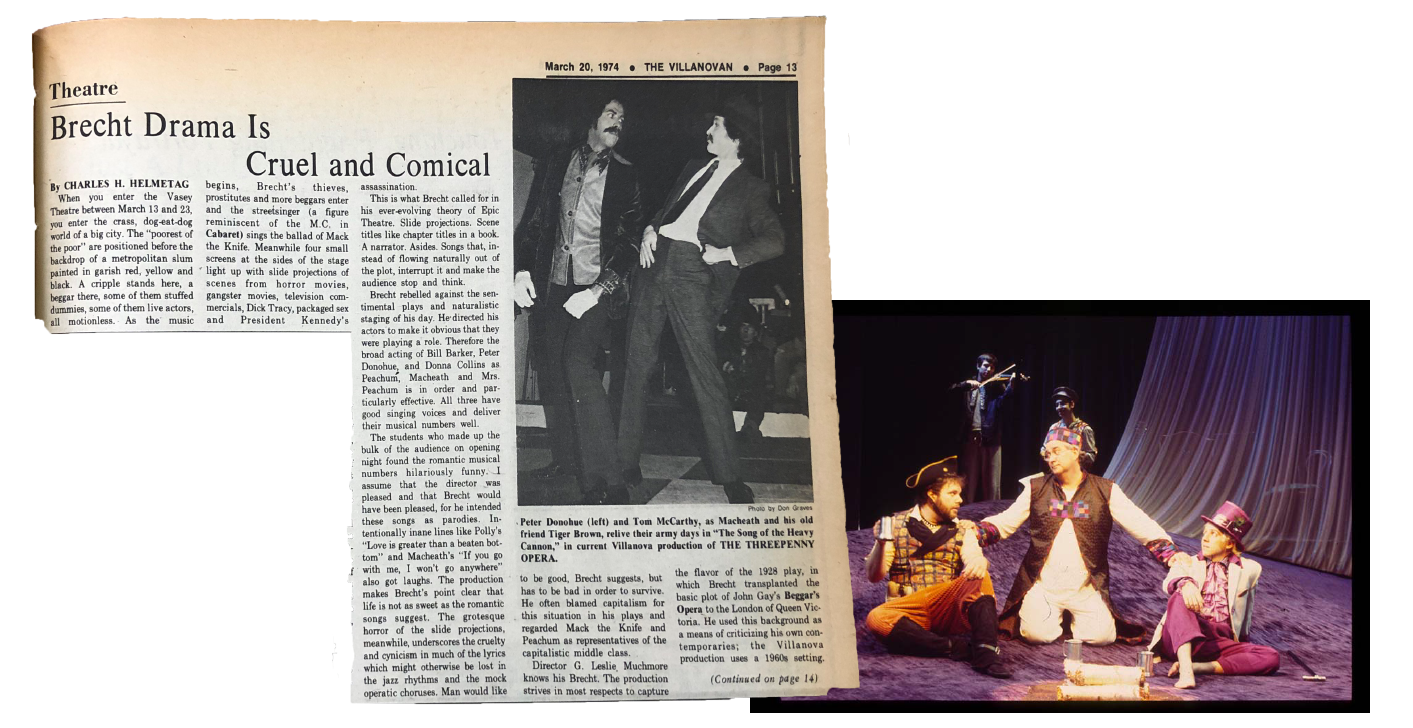 Father Peter Donohue earned a BA, with a concentration in Theatre and Communication Arts, from Villanova University in 1975 and was ordained an Augustinian priest in 1979. As a student, Father Donohue starred in Taming of the Shrew, Mac the Knife, and Front Page.  He holds an MA in Theatre from the Catholic University of America and a PhD in Theatre from the University of Illinois at Urbana-Champaign. Father Donohue returned to Villanova as an instructor, professor, and production manager (1985-1988). Father Peter directed Something’s Afoot (1987) and Pippin (1988). In 1992, Father Donohue became chair-person of the department and began directing the popular annual musicals. His first director role was West Side Story (1993) and won a Barrymore Award for Outstanding Direction for Chicago in 2002.

It was during this period, the department formalized their performance structure of having four annual performances­ a classical play, a modern play, a musical, and a new original play written either by faculty, alumni, or local playwrights. In 2006, Father Donohue became Villanova University’s 32nd president. 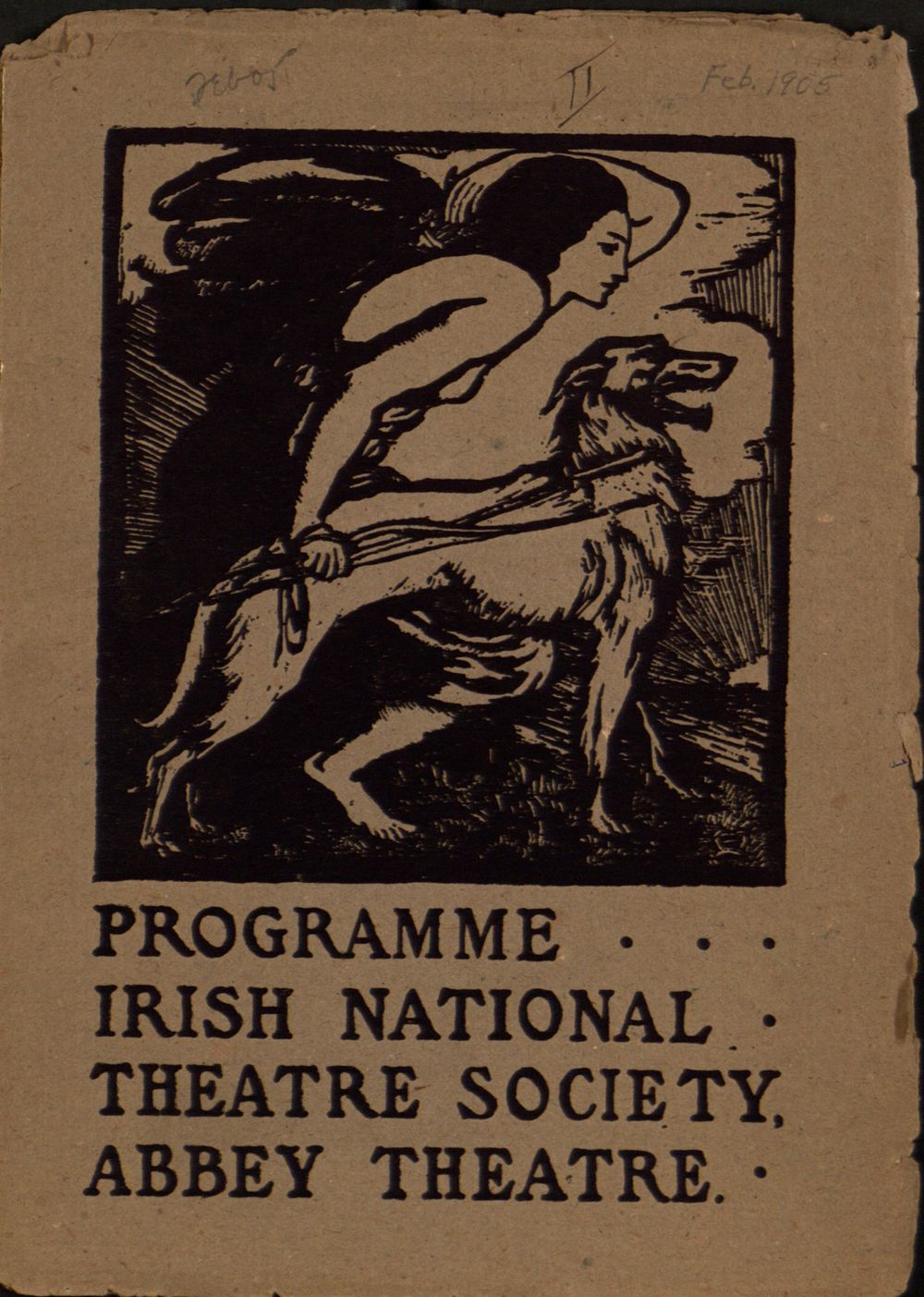 The Abbey Theatre Exchange Program with Villanova University was established in 2011. The program links the University's College of Liberal Arts & Sciences with the Abbey Theatre through study abroad, lectures, workshops, and other activities, the exchange program works to advance dialogue between audiences, students, playwrights, scholars, and theater practitioners-strengthening the University's bond with Ireland. The Abbey Theatre, also known as the National Theatre of Ireland, in Dublin, Ireland, was founded in 1904 by W.B. Yeats (1865-1939) and Isabella Augusta, Lady Gregory (1852-1932). The theatre was closely associated with the writers of the Irish Literary Revival, including W.B. Yeats, Lady Gregory, Sean O'Casey (1880-1964) and John Millington Synge (1871-1909).