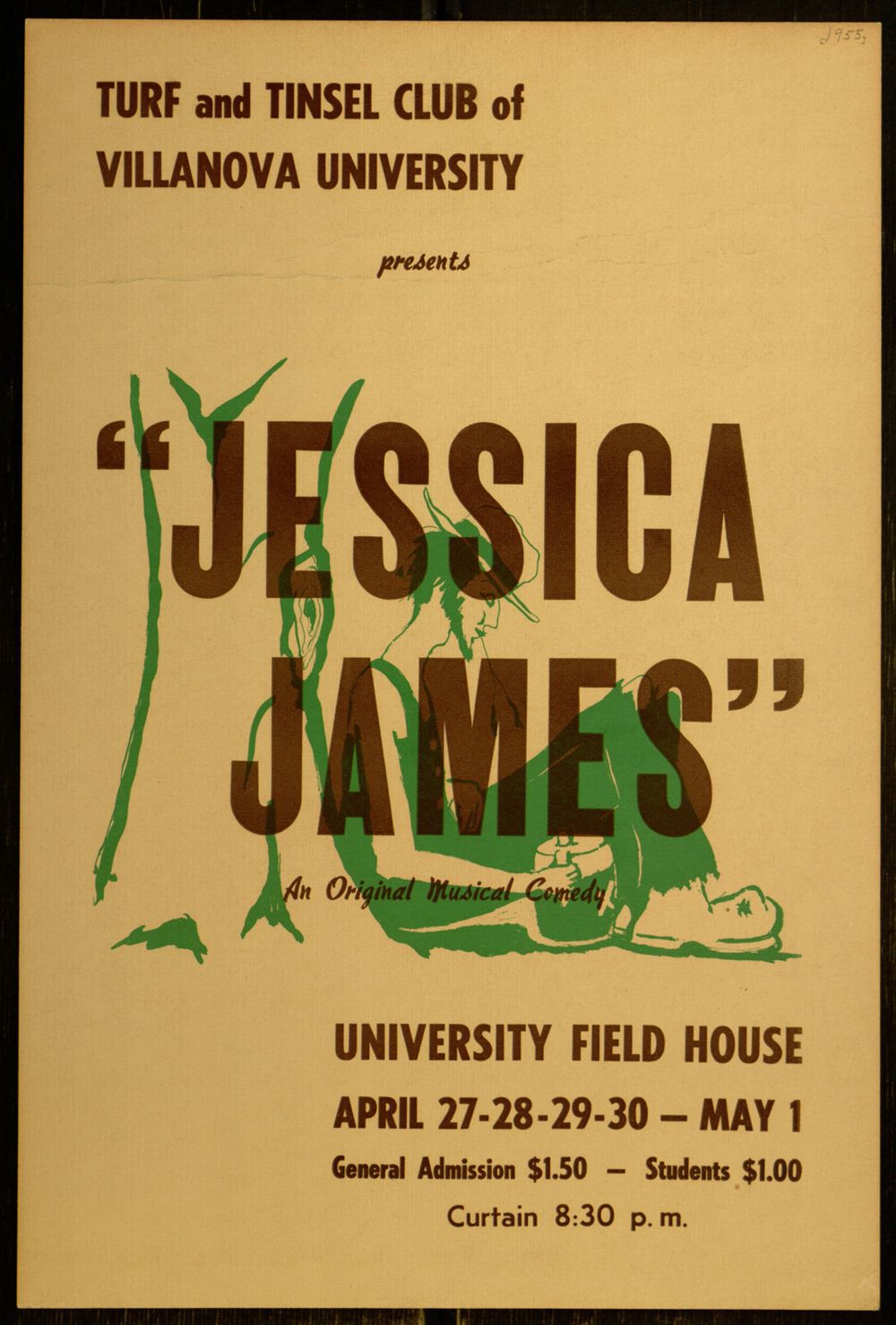 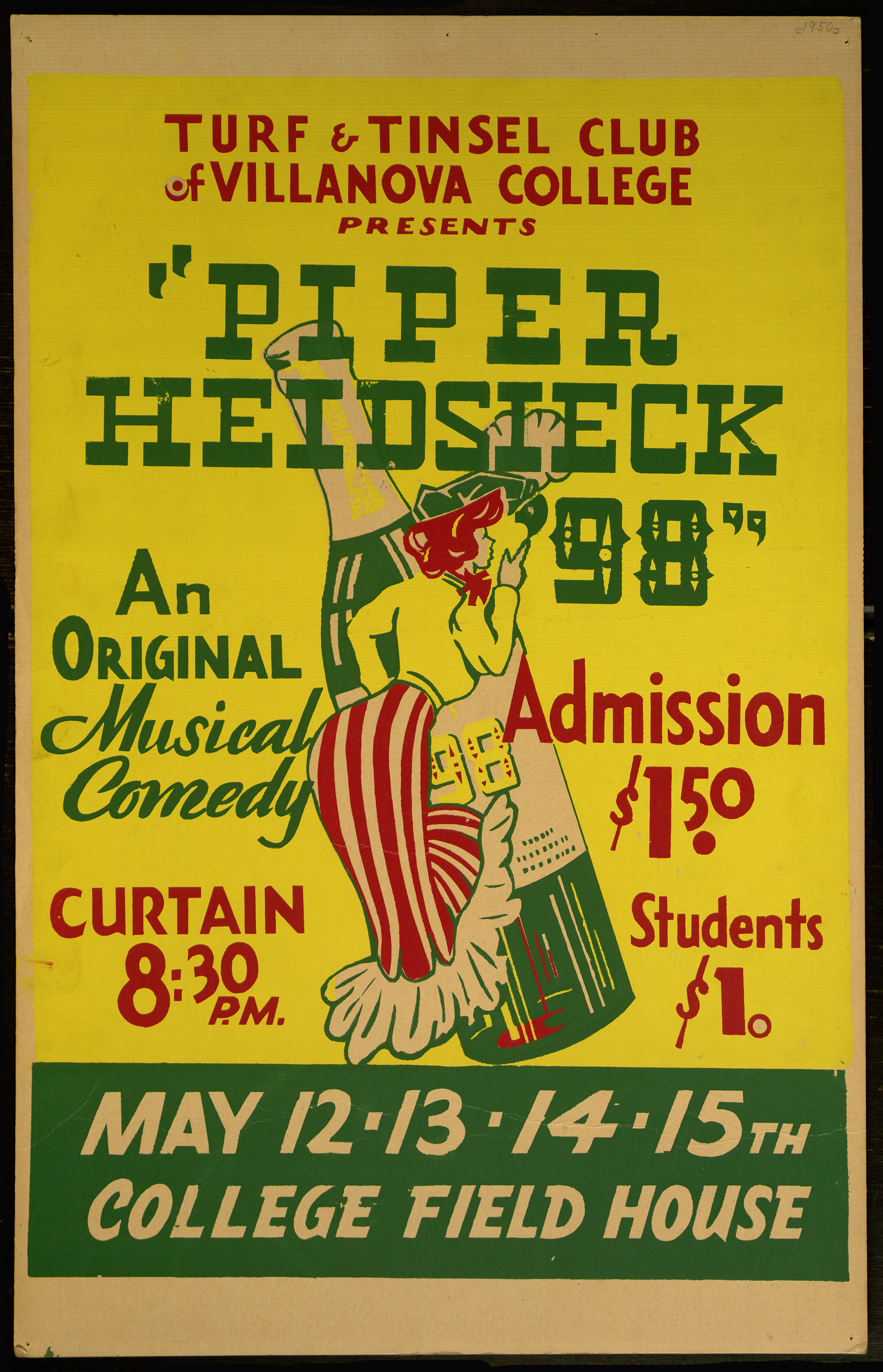 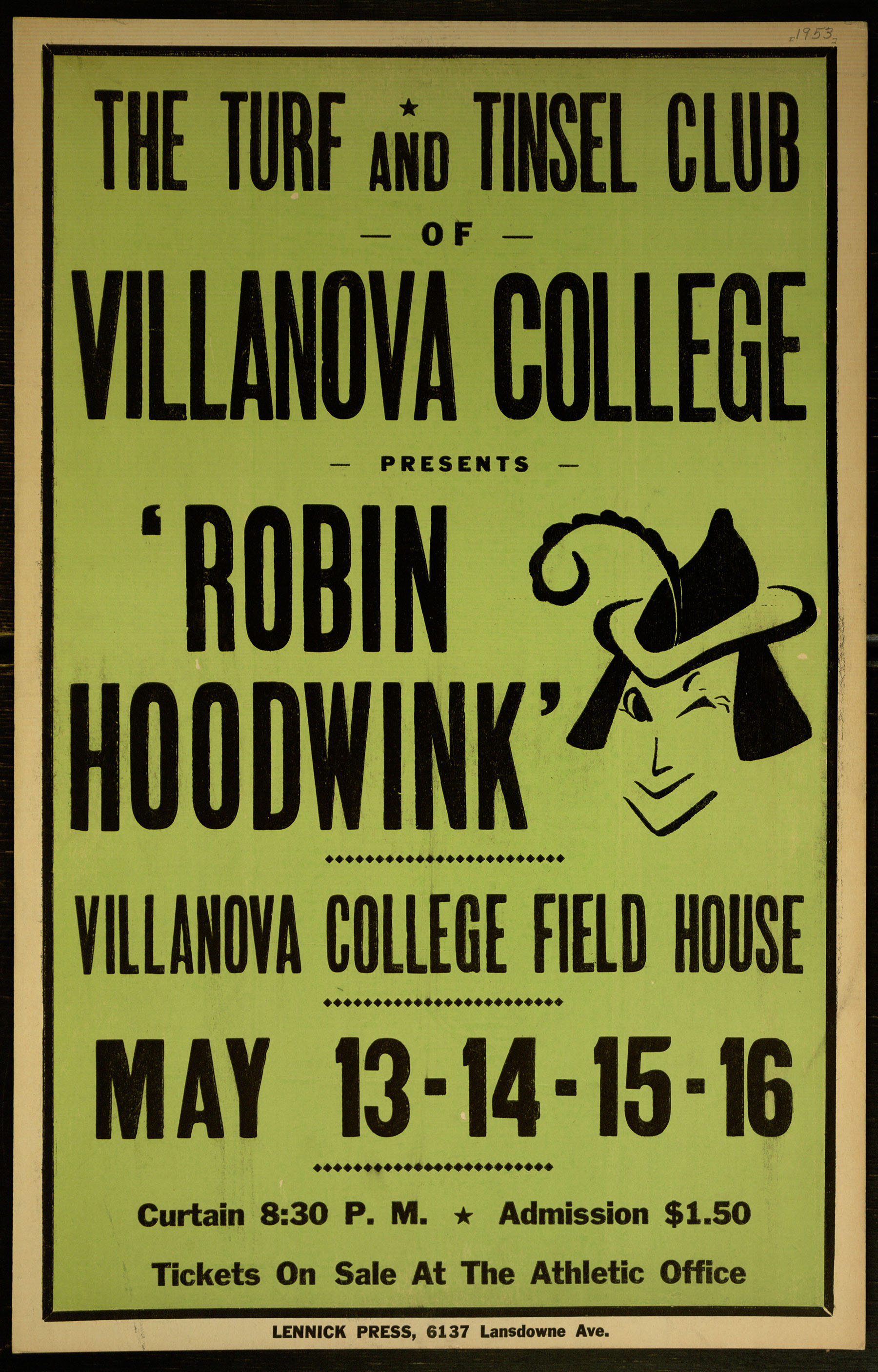 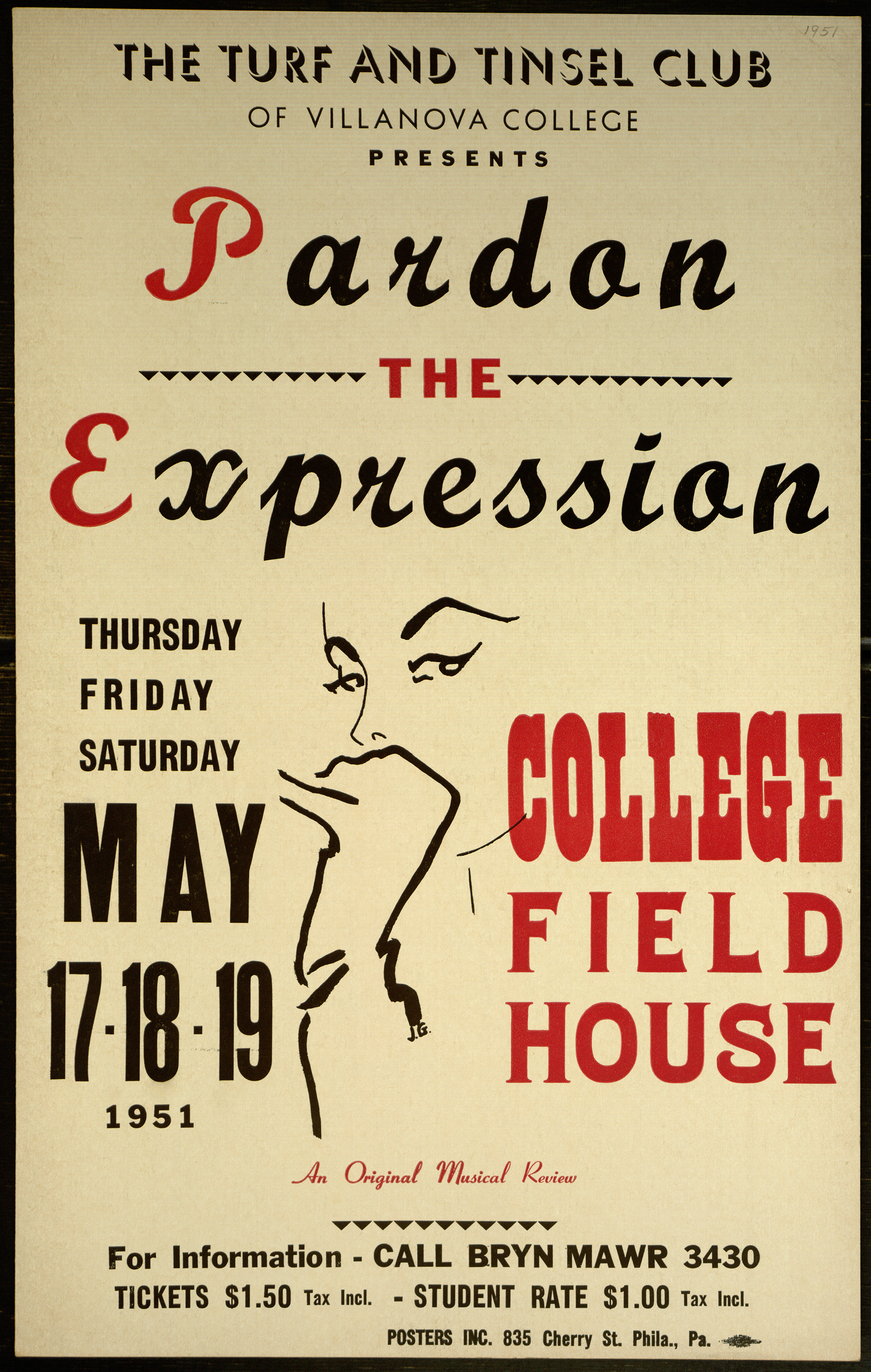 Posters of Turf and Tinsel Club productions, circa 1940s-1950s

In 1933, Harry Stuhldreher, famed Football coach, and Martin Gill, English Instructor, combined efforts to create an all-male musical group. Their plan was to organize a musical comedy group which would consist entirely of athletes. A contest was held among the students in order to select the name for the new group and Turf and Tinsel was chosen. "Turf" derived from the sport background of the performers and "Tinsel" symbolized the entertainment aspect of the group. 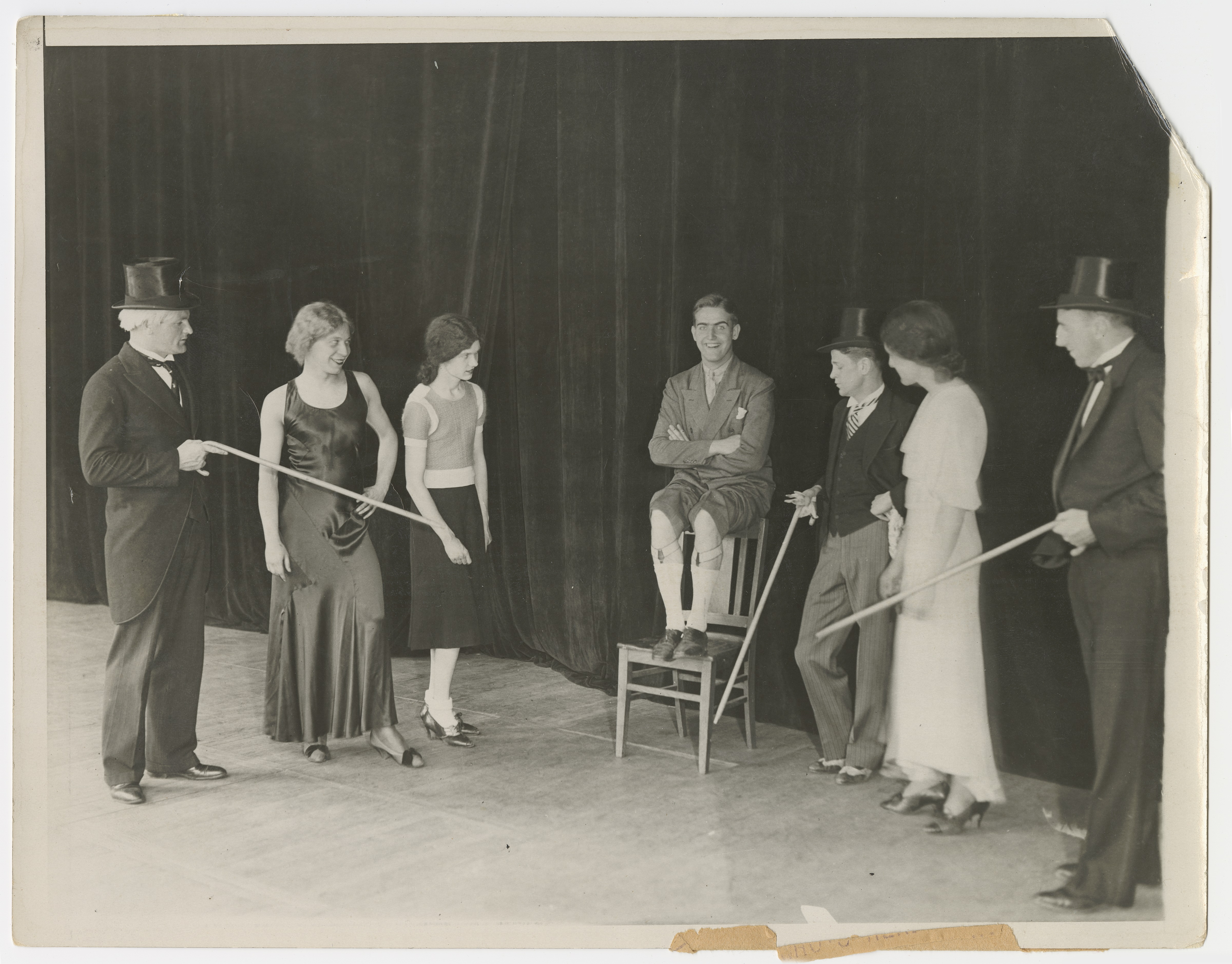 Advertised as, "a new musical mirth-quake in which we 'scream­ovize' big business corporations in two acts."

On May 4th , 1933 the first musical comedy production, Look Who's Here, was performed and the club became instantly popular among students. For decades, Turf and Tinsel's vaudeville-style shows were considered the highlight of Mother's Day weekend activities on campus every Spring.

The club paused during World War II and restarted in 1948 with the production, John Smith, Esq. The revival of the club lead to some changes as membership was now open to any student with the desire to perform, which included many NROTC students. Another change was Turf and Tinsel performed only original material and no longer adapted music of the day to fit in their shows. 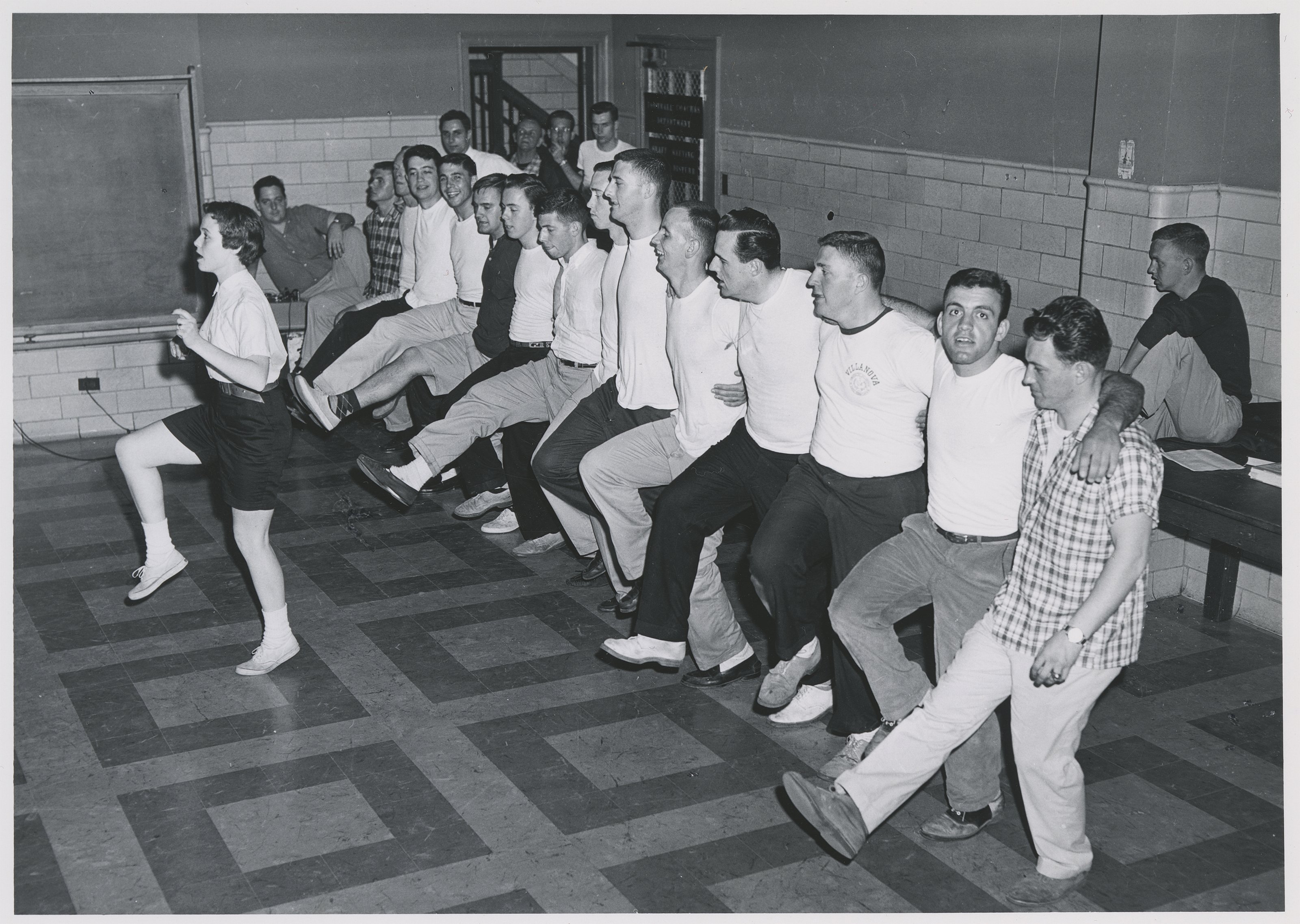 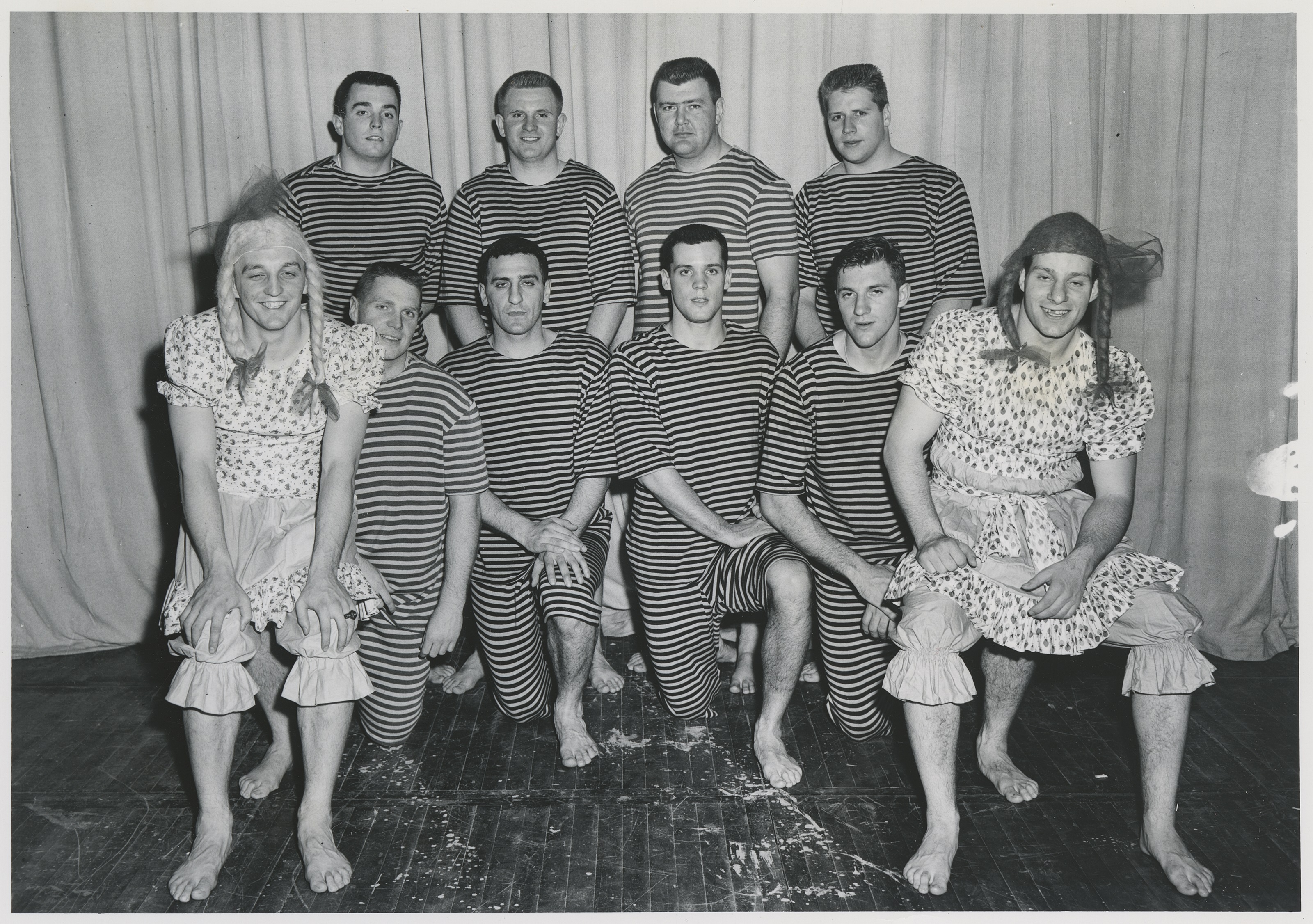 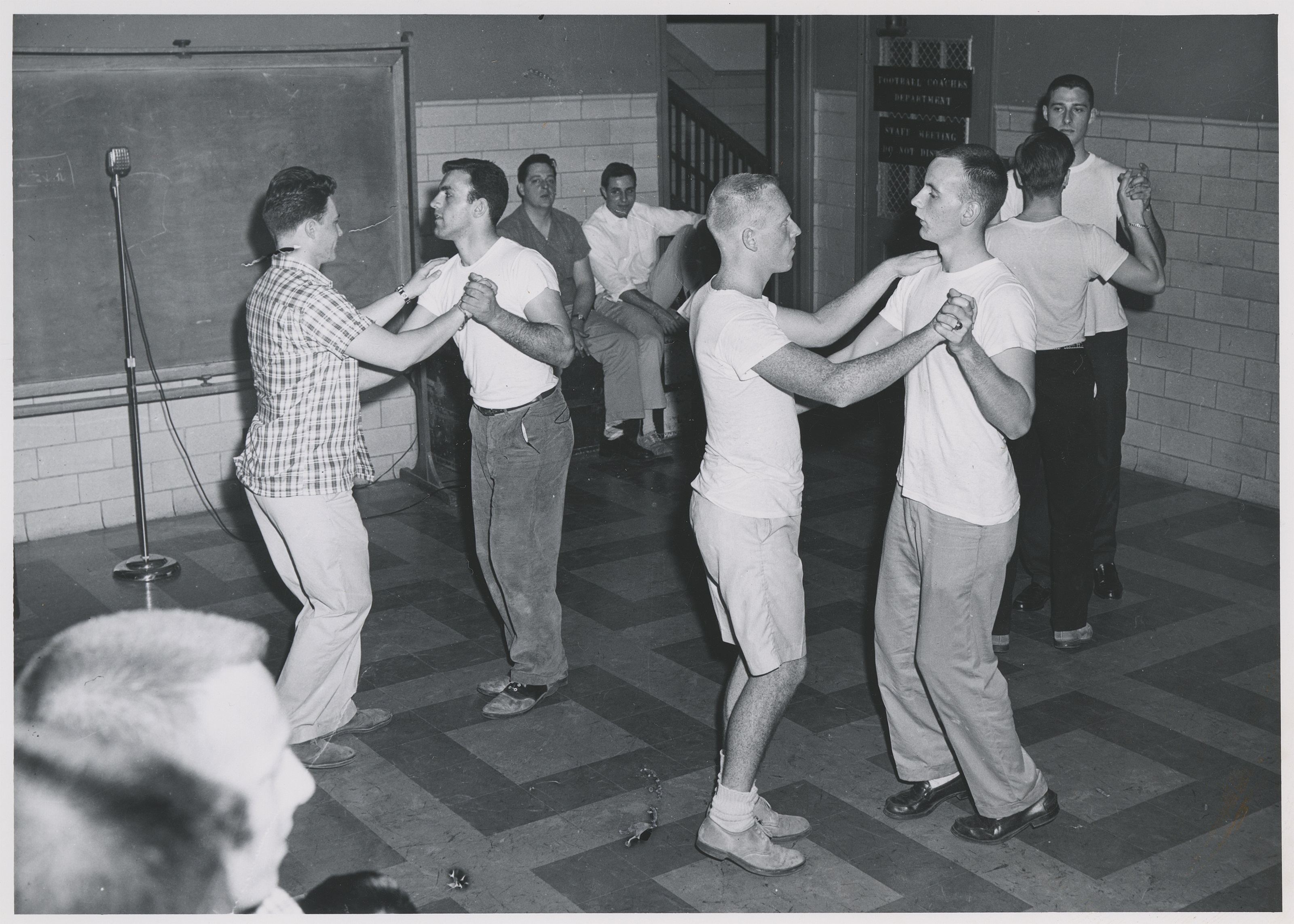