Inspired by the prevalence of Shakespeare in the production history of the theater department, I wanted to find a phrase that evoked the profound yet humble legacy of Villanova Theater from its earliest days. So, when I came across these lines in Twelfth Night, I knew I had found just what I was looking for:

“but be not afraid of greatness: Some are born great, others achieve greatness. And others have greatness thrust upon them”1

These few lines capture the core-essence of what Villanova Theater is all about, enriching the campus culture and striving for greatness one performance at a time. Shakespeare’s Twelfth Night is the most performed play in the history of Villanova Theater to date. The show is fondly remembered by the department as the highlight of the 2005 season for the innovative costuming and set design. The Summer Shakespeare Repertory Company 1975 production proudly displayed in the exhibit enlisted the talents of the legendary Brian G. Morgan ‘67, ‘70 as the ineffable Sir Toby Belch. 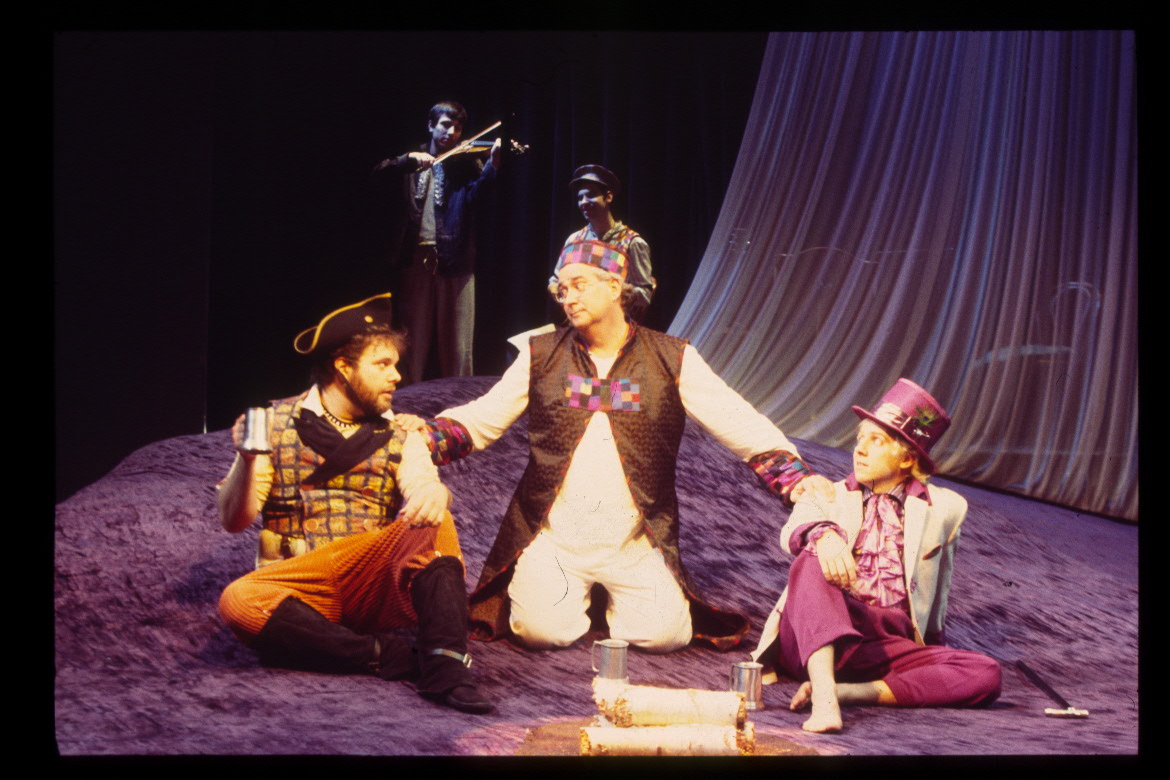 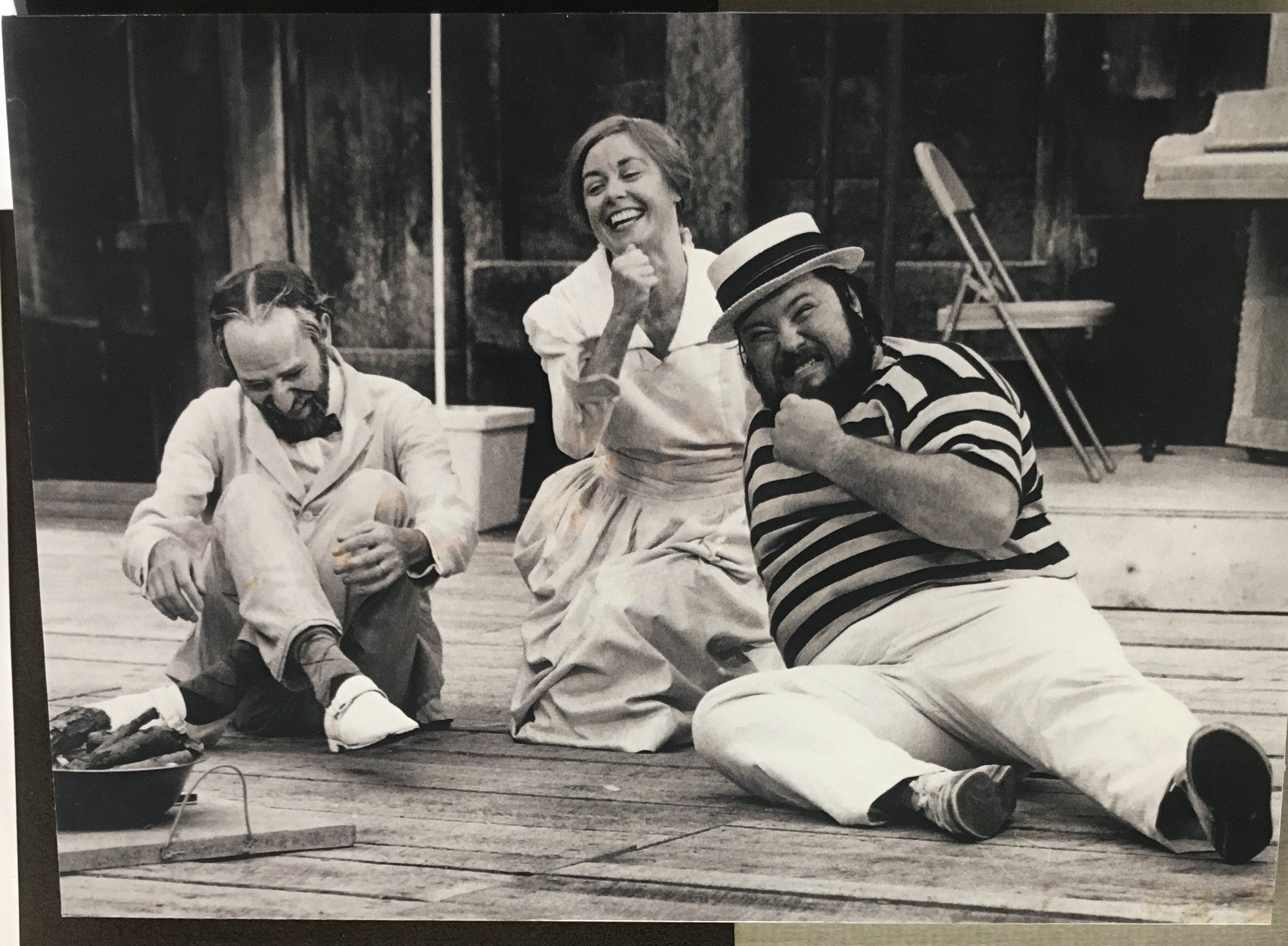 From its humble beginnings in the holiday entertainments of the Dramatic Society, through the popularity of the Turf and Tinsel Club Variety shows, the Bell Masque Society productions, and the theatrical feats of the academic department, Villanova Theater has certainly produced, achieved, and been burdened with greatness. In every period of dramatics at Villanova from 1870 to the present day, there has been at least one original work written, directed, produced, designed, and cast by Villanovans for Villanovans - and the rest of the theater community. Aside from the religious dramas a long-standing tradition, annual musical entertainments which grew into the Turf and Tinsel Club variety acts were almost entirely composed by students for the occasions. 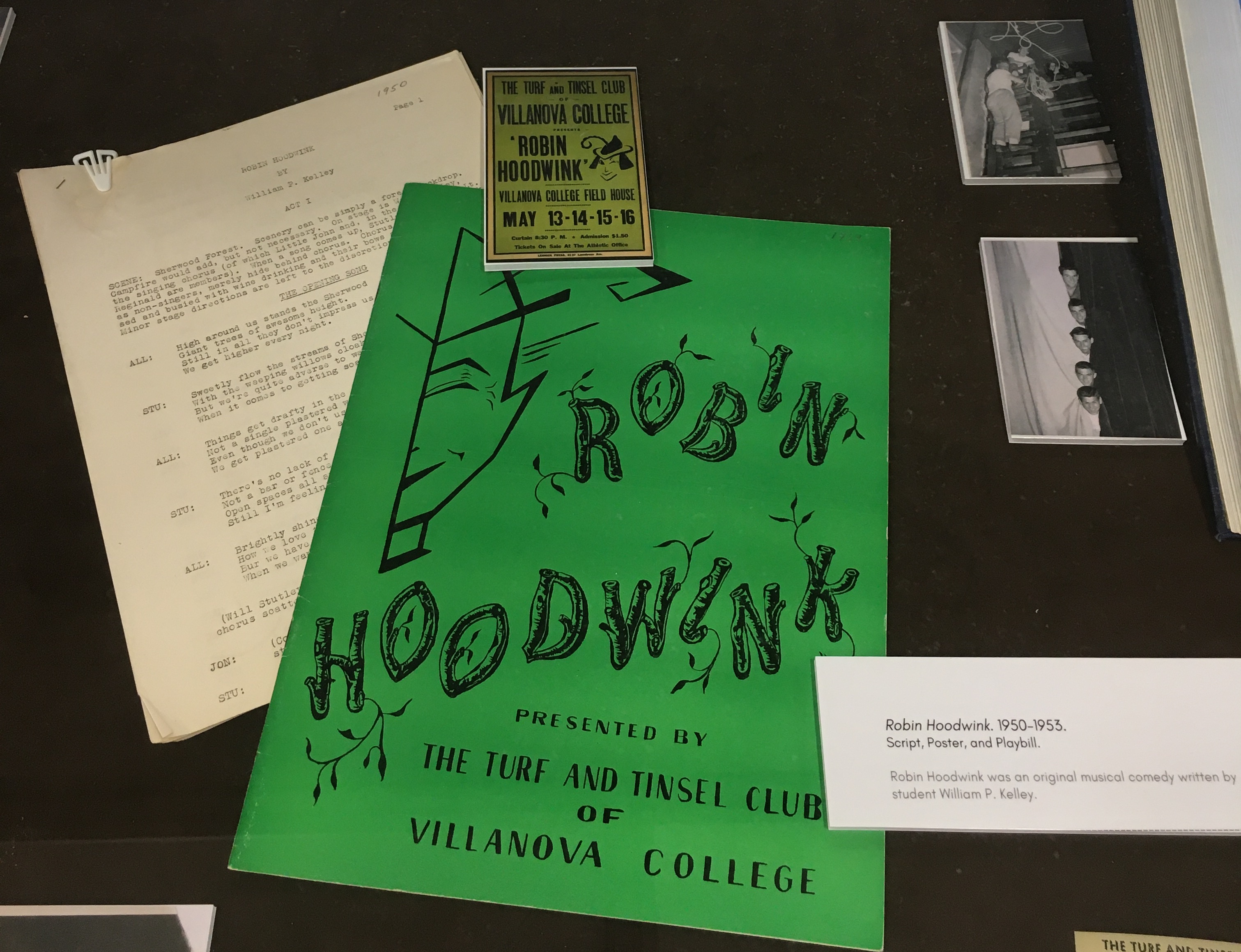 One of the most intriguing discoveries made during the research process was the enduring relationship between the theater department and the Augustinian order. The first major dramatic production was a passion play entitled Vision by Father John F. Burns O.S.A 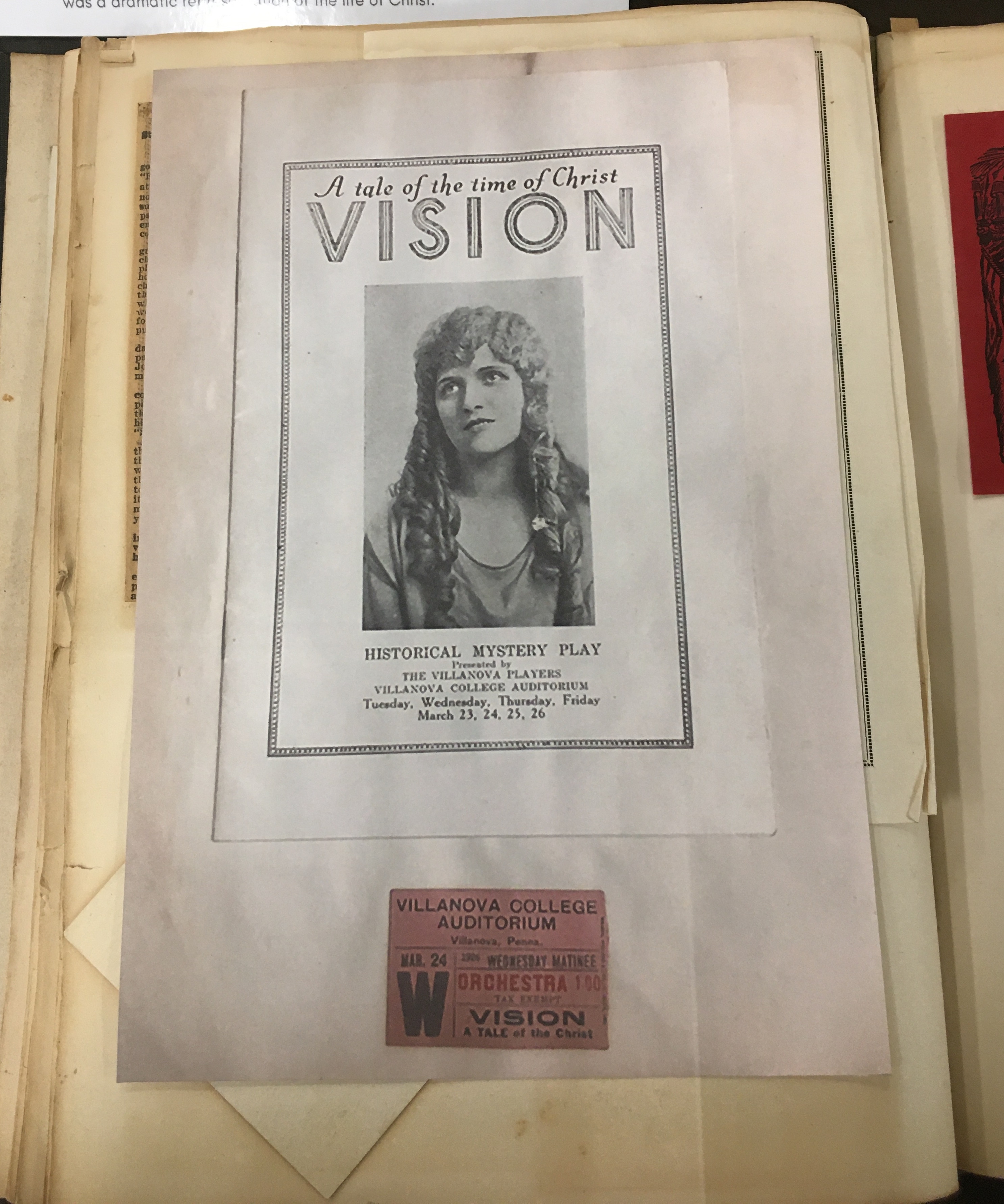 Three of the eight chairpersons of the department have also been Augustinians, including the esteemed Father Peter M. Donohue O.S.A Ph.D. who is prominently featured in the exhibit as an award winning director, actor, and student of the program. My favorite example of this from the exhibit is the Poseidon mask worn by Father Peter in the 2002 production of Trojan Women. 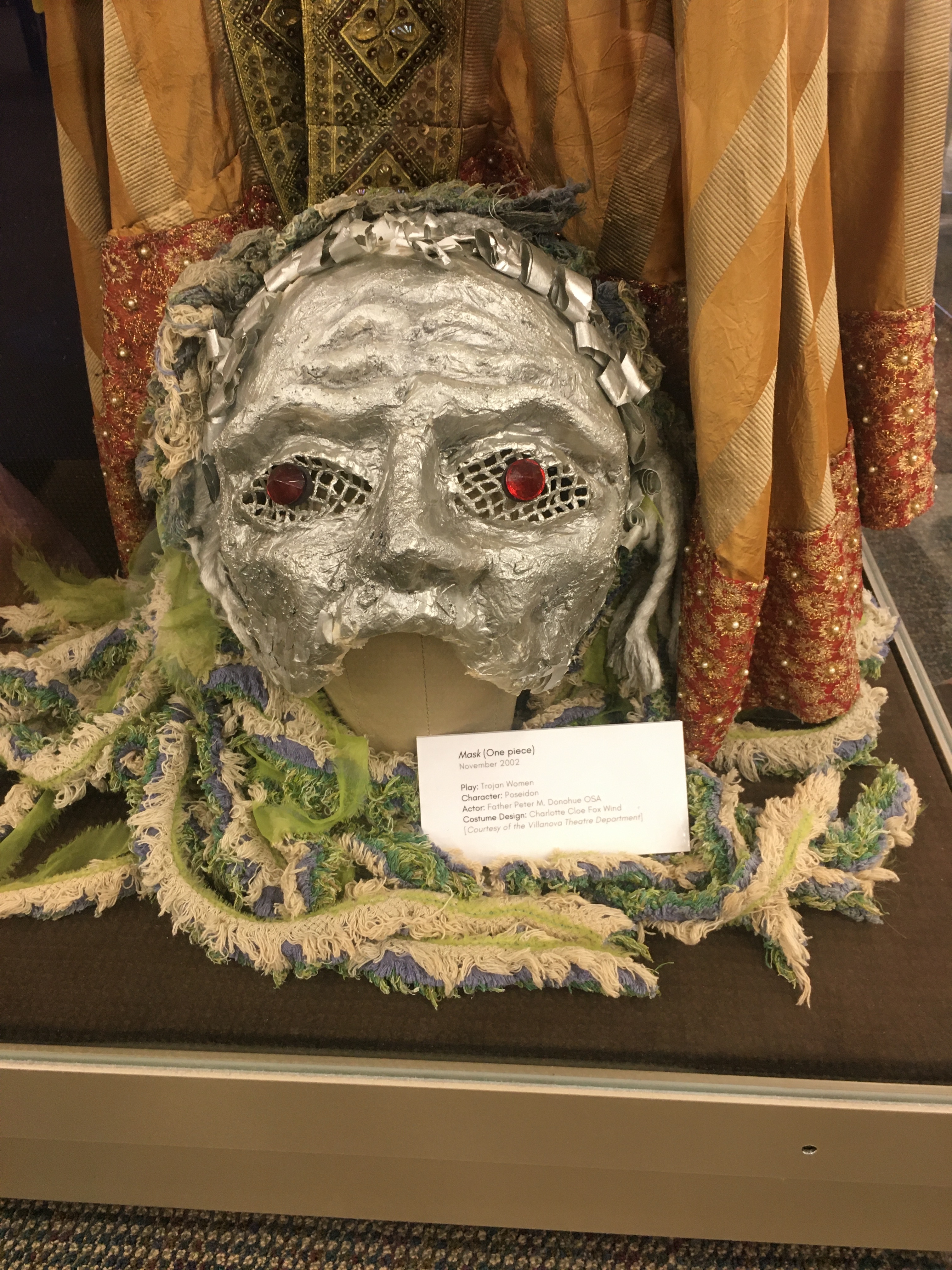 As a current student in the graduate theater program I am thrilled to have been a part of such an amazing project with the University Archive and to celebrate the history of the department of theater in such a unique way.

My first love of theater is in the costumes. It is usually the first thing I notice and what I will be talking about after any production. Costumes can equally transport you like the words on stage. The costumes on display represent beyond the stage, but the craftmanship and skill that goes into a Villanova production. All the scencery, props, and costumes are done in-house by staff and students to create new worlds for us. 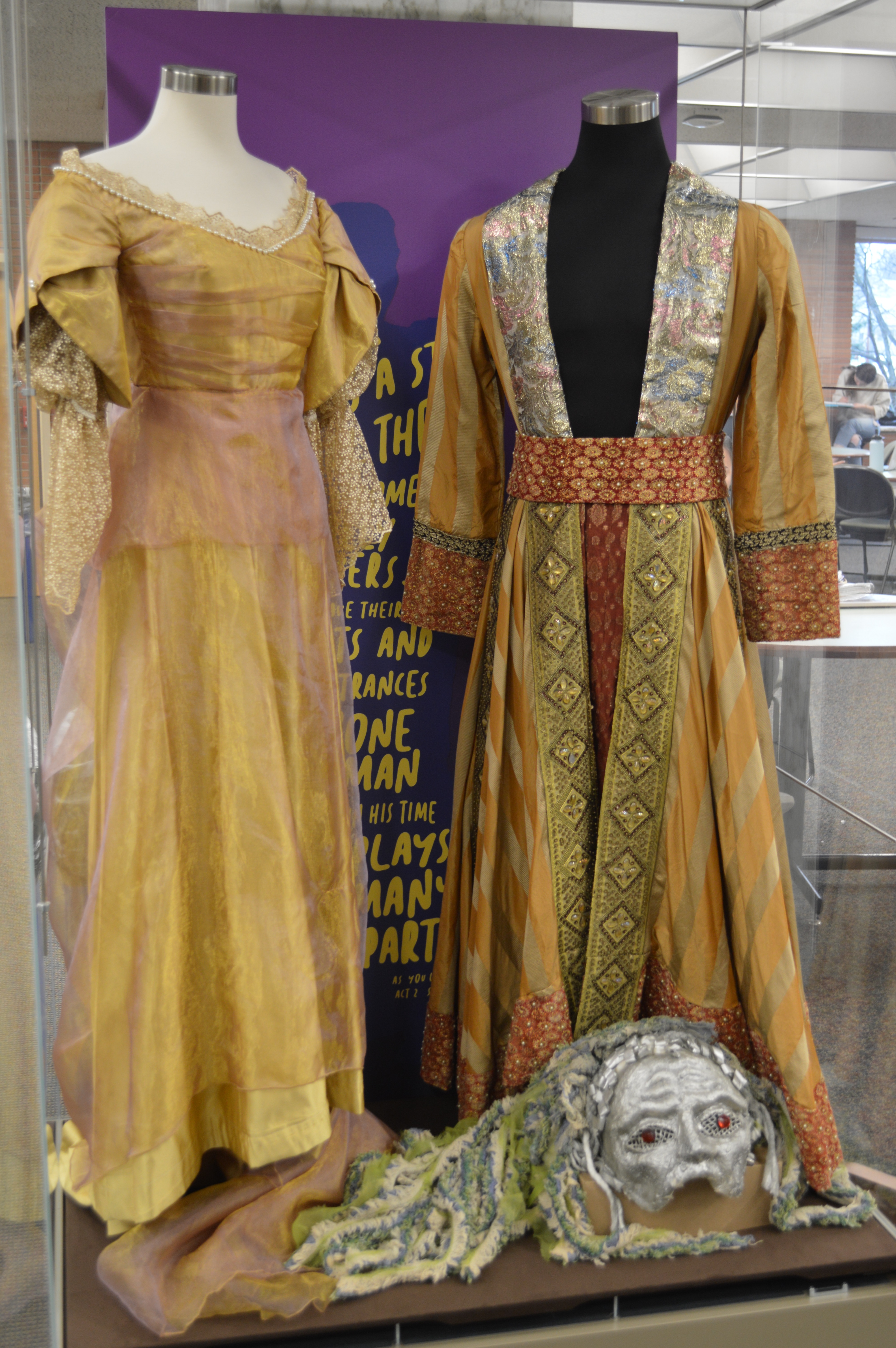