In Dante's vision of the afterlife, hell is a cone-shaped funnel located directly underneath the city of Jerusalem, and was created when Lucifer, the fallen angel, was cast out of heaven for his rebellion against God. Hell is divided into nine cerchi or circles, and in each circle a particular sin or vice is punished.

Fourth Circle:  The Avaricious and Prodigal

Angels who refused to take sides with either Lucifer or God during the rebellion are doomed to spend eternity in a place between the Gates of Hell and the first circle called “Ante-Hell”. The upper region of hell which includes the first five circles is reserved for what Dante considers less serious sins or sins of incontenenza (lust, gluttony, greed, and wrath).  These sins are committed out of the inability to control one's passions.  Sins of malizia,on the other hand, are deliberately and willfully committed, and are therefore punished in the lower region of hell (heresy, violence, fraud, and treachery).  Although all in hell are equally damned, the lower region is reserved for the most wicked of souls because it is furthest from God.

According to Dante's vision of the afterlife, souls that are not damned, yet not worthy of heaven, must first enter Purgatory.  Purgatory is a place of redemption and therefore, there are no demons, monsters, or devils.  Angels stand guard on each of the seven terraces and watch over the penitent. In the Inferno, punishment serves to further immerse the damned in their vice.  The torment is so great that they blaspheme God and seek to end their pain.  On the other hand, the penitent of the Purgatorio patiently and willfully accept their punishment because it is only through pain that they might be cleansed of vice.

According to Dante, Purgatory is a mountain with seven terraces, and was created when God cast Lucifer out of Heaven as punishment for his rebellion.  As Satan crashed to the ground, he displaced a large mound of earth which would later become Mount Purgatory.  The pilgrims must climb each of the seven terraces which represent one of the seven deadly sins.  As the weight of sins is lifted from them, they rise to next terrace with greater ease and eventually make their ways towards Paradise.

Terrace 5:  The Avaricious and Prodigal

Ante-Purgatory lies between the shores of Mount Purgatory and the First Terrace.  In this place, Dante and Virgil meet the souls of the excommunicated and the late penitents.  After climbing all seven terraces and reaching the summit, the pilgrims drink from the Lethe and the Eunoe Rivers in Terrestrial Paradise.  The waters of the two rivers allow the penitent to forget their past transgressions and to remember only their good deeds.

After passing through Terrestrial Paradise, Dante enters Heaven, the dwelling place of God, the angels, and the blessed.  The poet's vision of this eternal place of joy was heavily modeled after the ptolemaic system of astronomy whereby a stationary earth is orbited by the sun, the moon, and the planets.  Dante's Heaven is comprised of nine spheres which are moved by the nine orders of angels.

Beatrice explains to Dante that all souls in the Paradiso are eternally blessed, but because of his human limitations, will appear to him in a kind of hierarchy.  Beatrice makes clear to Dante that although the blessed may experience the beatific vision differently, they are all equally contented and dwell in the Empyrean.

First Sphere: The Moon: The Inconstant

Fourth Sphere: The Sun: The Wise

Fifth Sphere: Mars: The Warriors of the Faith

After making his way through the nine spheres of the Paradiso, Dante ascends to a mystical place beyond the physical realm: The Empyrean is filled with light, joy, and beauty and is devoid of space and time.  It is the eternal resting place of the blessed and the home of God.  In the Empyrean, Dante sees a vision of a large white rose.  All of the blessed, including his beloved Beatrice, are seated inside its petals. 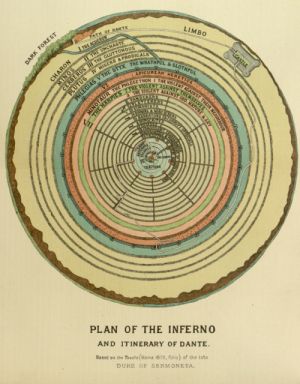 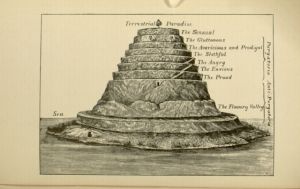 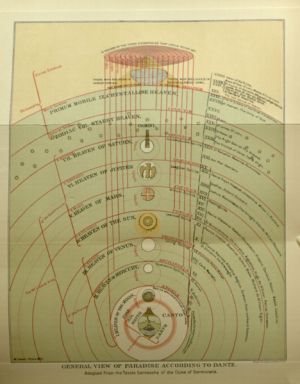 A beautiful angel ferries the penitent across a river.  As the souls reach the shores of Mount Purgatory they sing Psalm 114, "In Exitu Israel de Aegypto". [1] 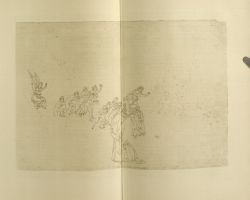 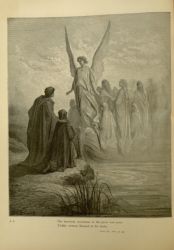 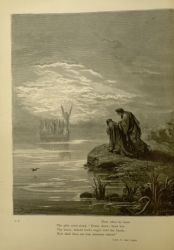 As Dante passes through the Gates of Purgatory he hears a heavenly chorus singing "“Te Deum Laudamus”. [2] 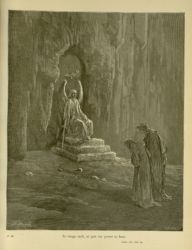 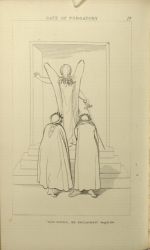 Gallery of Sacred and Infernal Spaces 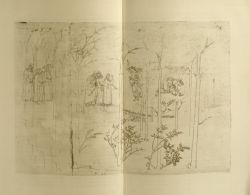 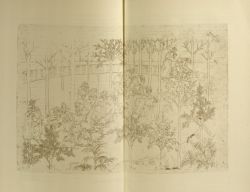 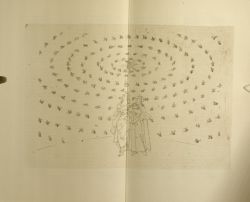 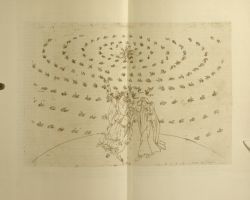 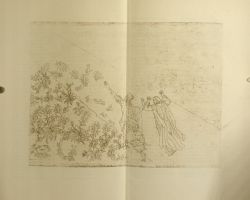 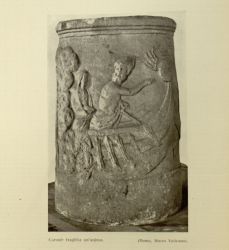 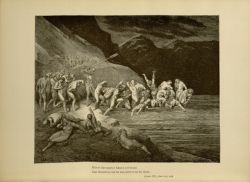 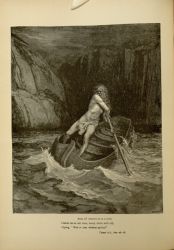 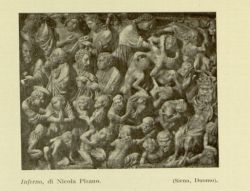 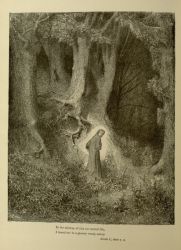 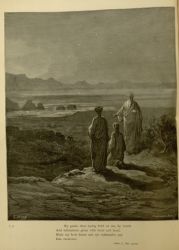 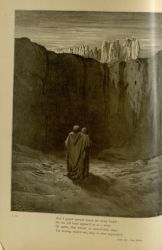 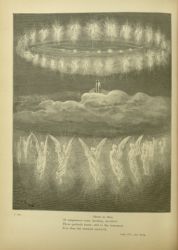 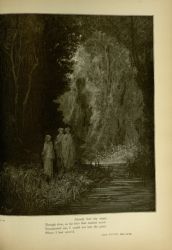 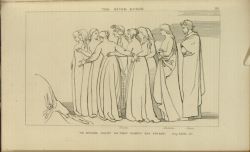 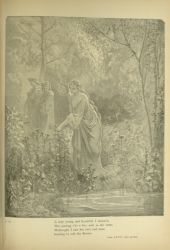 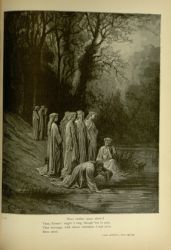 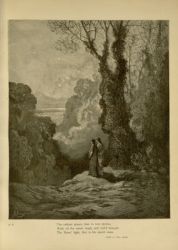 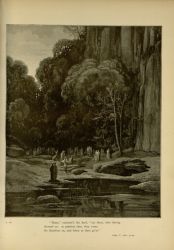 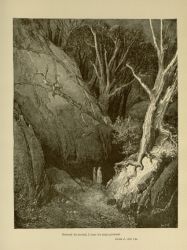 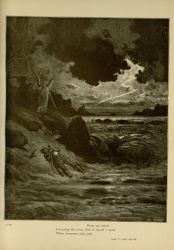