At the beginning of the Inferno, Dante, the pilgrim, finds himself lost in the Selva Oscura or the Dark Wood of sin.  Three ravenous beasts, the Leopard, the Lion, and the She-Wolf block him from following the virtuous path leading to the colle luminoso, a small hill bathed in sunlight.  The pilgrim turns back in despair, sees a mysterious figure heading towards him, and fearfully cries out: “Have pity on my soul”. [1]

The figure is Virgil, the ancient Roman poet born in 70 BC, and the author of the Aeneid, the Eclogues, and the Georgics.  He tells the pilgrim that he has been sent by Beatrice, a lady whose “eyes shone brighter than the stars” [2] to guide him through the eternal place where the damned “bewail their second death” [3] and later, up the mountain where penitent souls purge themselves of vice.  In the Divine Comedy, the great Latin poet represents the limitations of natural reason: Virgil may serve as the pilgrim’s guide through hell and purgatory, but because he possesses neither the gift of grace nor the Christian faith, he cannot accompany him through heaven.  Beatrice, a more worthy soul, will take Virgil’s place.

Upon first glance, it may seem strange that Dante gave a pagan such a central role in his epic Christian poem.  Virgil greatly influenced Dante’s poetic technique and, by having him serve as the pilgrim’s guide, Dante demonstrates to his readers that he is following in Virgil’s poetic footsteps.

Dante’s Virgil is more than just a simple guide.  Although he is pagan, he has extensive knowledge of Christian Theology and describes the moral order of hell and purgatory to the pilgrim.  In Purgatorio XVII, Virgil explains one of the central themes of the Divine Comedy.  He tells the pilgrim that people sin because they love worldly pleasures too much and heavenly virtue too little.  Throughout the Divine Comedy, Virgil displays tremendous courage and defends the pilgrim from the attacks by hideous devils and tormented souls.  He encourages the pilgrim to cross through the burning flames of Mount Purgatory.  In his final act as Dante’s guide, he crowns the pilgrim and declares his will “upright, wholesome and free”. [4]

Beatrice is Dante's muse and inspiration for writing the Divine Comedy.  Thanks to Giovanni Boccaccio, the author of the Decameron and a biography on Dante, we know that Beatrice's real identity is Bice di Folco Portinari.  She married a prominent Florentine banker and died when she was only 24 years old.

Metaphorically speaking, Beatrice is a mirror upon which divine love is reflected and, consequently, serves as the pilgrim's bridge to salvation.  She is a powerful character and a woman of action who descends into hell to call upon Virgil for his help and to instruct him to lead the pilgrim on an otherworldly journey.  Her love not only saves the pilgrim from the Dark Wood of sin, but also inspires him to cross through the purifying flames of Mount Purgatory into the peaceful bliss of heaven.  She is a strict guide, and often scolds and admonishes the pilgrim for his less than virtuous behavior.

In one of the most memorable scenes of the Divine Comedy, Beatrice appears to Dante in Terrestrial Paradise.  She is dressed in white, green, and red, the colors of the three theological virtues representing faith, hope, and charity respectively, and is seated on a Griffin-driven chariot.  The Griffin has the wings and head of an eagle and the body of a lion, and in Dante's world, represents Christ.  During this poignant scene in the final cantos of the Purgatorio, Virgil disappears and Beatrice becomes the pilgrim's guide, leading him to the Beatific Vision in Paradiso XXXIII. 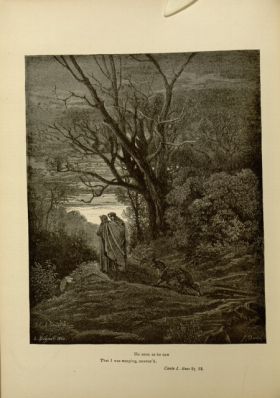 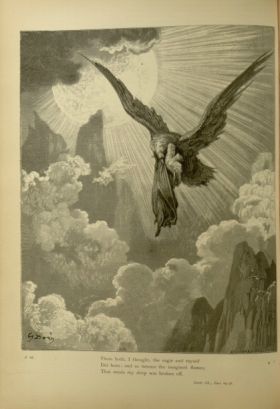 Dor_Dante_transported_by_Eagle.jpg
Gustave Doré. Dante transported by an eagle. 'There both, I thought, the eagle and myself/ Did burn; and so intense the imagined flames/ That needs my sleep was broken off.' Purg. IX. 29-31. Source: Dante Alighieri, Henry Francis Cary, and Gustave Doré. Purgatory and Paradise. new ed. New York [etc.]: Cassell & company, limited, 1883. 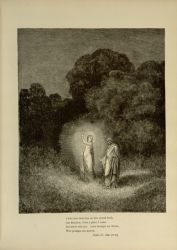 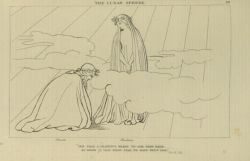 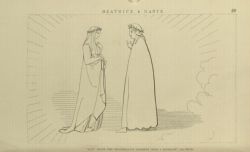 St. Bernard belonged to the Cistercian order, served as the abbot of a monastery in Clairvaux, and was canonized in 1174.  His numerous theological works established him as one of the most important church leaders of the twelfth century.

In Paradiso XXXI, Dante turns to speak with Beatrice, but finds St. Bernard in her place.  He tells Dante that Beatrice has returned to the Empyrean and has instructed him to guide the pilgrim through the final stage of his journey.  The Empyrean is shaped like a white rose and is the highest heaven where the angels and the blessed reside. 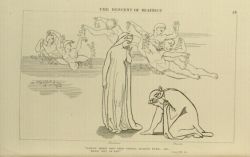 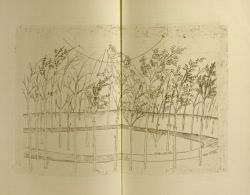 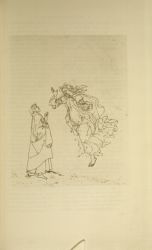 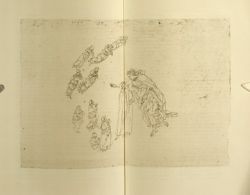 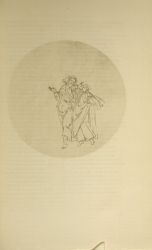 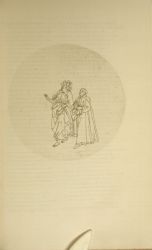 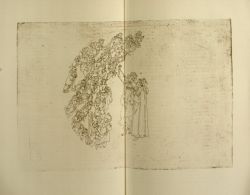 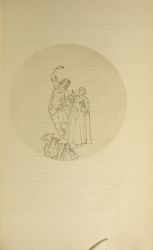 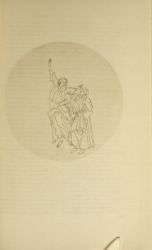 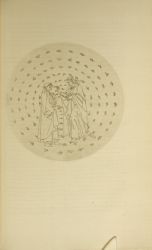 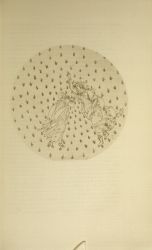 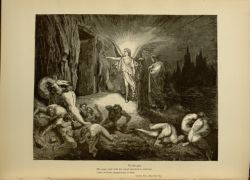 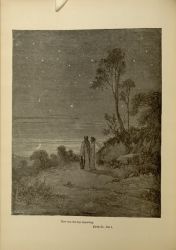 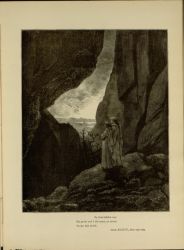 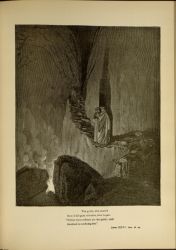 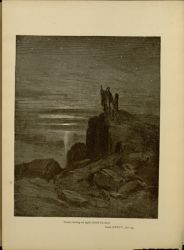 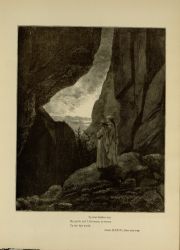 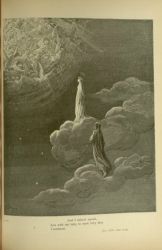 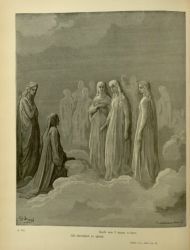 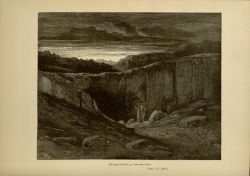 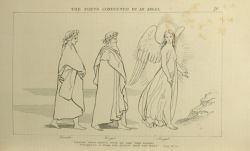 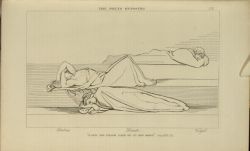 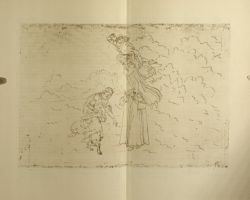