Dante Alighieri was born in the San Martino quarter of Florence.  Not much is known about his early life, but most scholars agree that he was born sometime in May or June of 1265.  He was the son of Alighiero di Bellincione Alighieri and Bella degli Abati.  Dante’s mother died when he was just six years old.

Beatrice was Dante’s literary muse and inspiration for the Divine Comedy.  At the age of nine Dante met Beatrice for the first time and immediately fell in love with her.  He did not see her again until exactly nine years later in 1283. Although the two barely spoke during this second encounter, Dante’s love for her grew stronger.  Dante and Beatrice never married.  In 1285 Dante married Gemma Donati and together they had four children: Giovanni, Pietro, Jacopo, and Antonia.  Beatrice became the wife of Simone dei Bardi, a prominent Florentine banker. 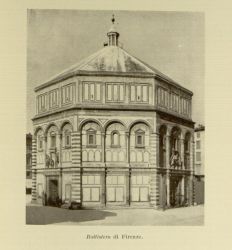 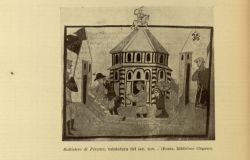 Dante was devastated upon hearing of Beatrice’s untimely death at the age of 24.  Consequently, his poetry underwent a transformation whereby he began to attribute divine-like qualities to Beatrice.  In the Divine Comedy, her love purifies and guides Dante on the virtuous path, and without her, he would have been forever lost in the dark wood of sin. This change in style is representative of the dolce stil novo (The Sweet New Style),a literary movement that revolutionized fourteenth century Italian poetry and explores the themes of love and virtue.

Dante may have been the greatest Stilnovista or poet of the dolce stil novo, but he was not its inventor.  The first Stilnovista was Guido Guinizelli and his most famous poem was entitled Al cor gentil rempaira sempre amore.  Guinizelli's works so influenced Dante that the Poet references him several times in the Divine Comedy and humbly refers to himself as Guinizelli’s disciple in Purgatorio XVI.

By the late thirteenth and early fourteenth centuries, Florence had descended into a state of political chaos as the Guelfs, who supported the Pope, and the Ghibellines, who supported the emperor, fought for political control of the city.  The struggle for power between these two parties ended in 1289 at the Battle of Campaldino where the Florentine Guelf forces defeated the Tuscan Ghibelline army.  Dante fought alongside his Florentine brothers at this historic battle which would have important consequences for his future.

The Guelfs took immediate control of Florence, and in 1293, they enacted the Ordinances of Justice.  The new laws essentially excluded the aristocracy from public life by making it illegal for anyone who was not a member of the guilds to serve in government. Chaos soon returned to the city when the Guelfs began fighting amongst themselves.  They split into two opposing factions: The Bianchi and The Neri (The Whites and the Blacks); the Bianchi wanted autonomy from the Pope while the Neri, favored the interests of aristocracy and were supported by Rome. 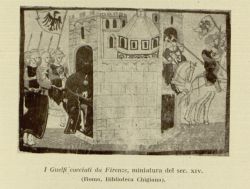 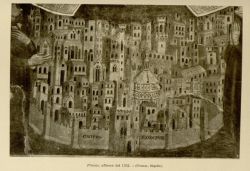 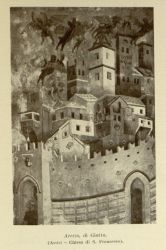 By 1295, Dante had enrolled in the Arte dei Medici e Speziali or the guild of doctors and apothecaries.  He soon became active in several governing councils, and championed the causes of the Bianchi Faction.  On June 13, 1300, Dante received his highest honor as he was elected to serve as one of the six priors of the commune.

Meanwhile, the tensions between the Bianchi and Neri had erupted into violence.  On June 23, 1300, the six priors, including Dante, banished 15 members of the two factions. Shortly after Dante’s two-month term as prior ended, the city allowed most of the exiled Bianchi to return to Florence.  The Priors’ decision had disastrous consequences.  It served only to escalate tensions between the factions, and would later seal Dante’s political fate.  The Neri sought revenge against the Bianchi for what they viewed was an obvious display of favoritism.  They called on Pope Boniface VIII for help.  The Pontiff sent Prince Charles of Valois and his troops to settle the issue, and on November 1, 1301, Prince Charles seized Florence and handed over power to the Neri.

While the Neri were overtaking the city, Dante and a group of Florentines were meeting with the Pope in Rome.  When word of the political overthrow in Florence had reached the Pontiff, Boniface allowed most members of the group to return home, but refused to grant Dante permission to leave Rome.  Consequently, Dante was unable to return to Florence to defend himself against corruption charges levied against him by the ruling Neri faction.  On January 27, 1302, he was sentenced to two years of exile from the city.  On March 10 a new decree was issued and Dante was forever forbidden to return to the city on pain of death.  Dante never saw his beloved Florence again.

During the first ten years of exile, Dante traveled around most of Tuscany and may have even gone to Paris for a short period.  From 1312 to 1318, he stayed in Verona and then lived in Ravenna from 1318 until his death in 1321. 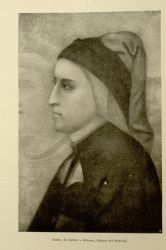 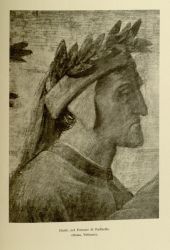 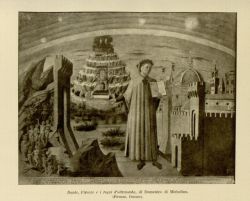 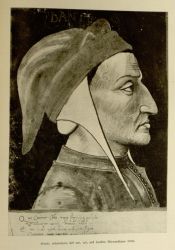 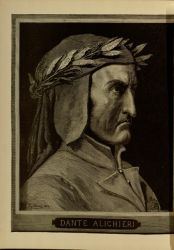 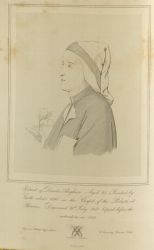 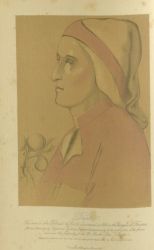 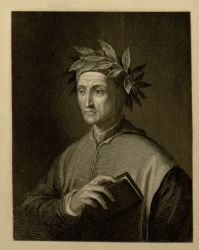 Convivio (The Banquet) is an unfinished work written between 1304 and 1307.  Like the Vita Nuova, it is a collection of prose and poetry.

De Vulgari Eloquentia (On the Eloquence of Venacular) As the title suggests, this essay deals with the art of writing in the vernacular and was most written between 1302-1304.

La Divina Commedia (The Divine Comedy) is Dante’s most well known work, and was composed during his exile, most likely between 1308-1321.  The epic poem, which is divided into three books, Inferno, Purgatorio, and Paradiso, chronicles the Poet’s fictional journey through hell, purgatory, and heaven.

La Vita Nuova (The New Life) was published before 1295 and is a collection of both prose and verse dealing with the Poet’s love for Beatrice.

Monarchia is a political treatise composed of three books.  Scholars are unsure of when it was written.