The study of natural history matured in the era of chromosomes, genetics, and mutations. Academic interest in animals had previously focused on philosophical thought, such as Descartes’ comparison of animals to machines, by which animals operated from a set of automatic responses, not conscious thought. Interest in the biological aspect of the animal burgeoned in the nineteenth century, with fields such as taxonomy and embryology becoming more professional and specialized. 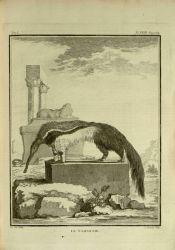 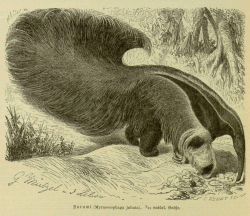 Nineteenth-century exploration and colonialism fed the specimen construct of natural history.[1] The desire to own the oldest, the biggest, the brightest, the rarest forms expanded into a contest which often defied the underlying aim of natural history: to observe and record the norms found in the biological world. 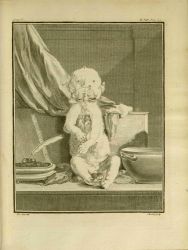 Natural history did not always follow strictly neutral guidelines of description. Scientific details on habitat, diet, and appearance often intermingled with allegories and anecdotes to divulge relevance to humankind. Commonplace animals featured prominently in these moral or humorous stories, educating or amusing the average reader with familiar characters. Many descriptions of animals for natural history very notably insert human involvement within their lives by describing the ease or difficulty by which people hunt or capture these creatures. 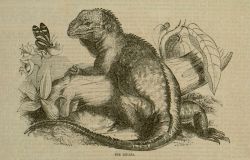 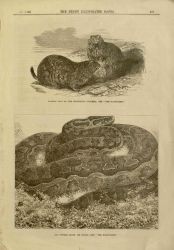 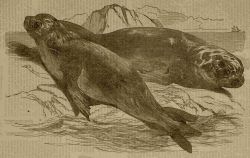 Dissection and vivisection (the dissection of living creatures) heavily supplemented the examination of animals, particularly for the study of human diseases and vaccines tested on the creatures. The seventeenth century invention of the microscope in Holland extended such intensive and invasive interest to insects.[2] Vivisection in particular operated in direct opposition to certain eighteenth-century philosophical and ethical movements, most of which advocated the worth of nature as a creation of God, or opposed overall cruelty. While few ideologies focused on animals in particular, Voltaire’s belief that animals possess feeling – though not reasoning – accumulated quite a following that decried animal torment. Despite its abhorrence by a number of individuals, vivisection continued well into the 20th century.[3] 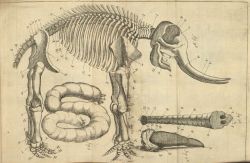 Taxidermy gained in popularity in the early nineteenth century as a means to interpret the culture-nature relationship, similar to an older attempt to translate the animal-habitat relationship in illustrations or live animal enclosures.[4] Natural history did not belong only to professionals. The average American citizen particularly enjoyed collecting pieces of natural history – eggs, plants, insects, shells, small mammals – during casual outings.[5] Taxidermy allowed people to preserve and display their findings, generating a popular pastime. This practice provided specimens for both amusement and observation. 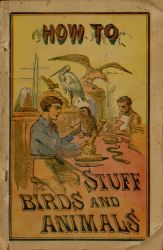