Once upon a time, hunting used to be a privileged sport. Strict laws in sixteenth century Europe severely limited or fully prohibited the lower classes from engaging in what the aristocracy viewed as an elite activity. Not only could the peasants not obtain the meat and other by-products from local game, but they were also subject to a substantial loss of crops, damaged by the mostly unchecked wild animals.[1] The French Revolution of 1789 essentially brought an end to aristocratic hunting privileges, a change which spread through most of Europe by the end of the Napoleonic Wars. Yet soon after, charges for hunting arose.[2] Once again, only those who owned surplus funds could afford to hunt in the West. 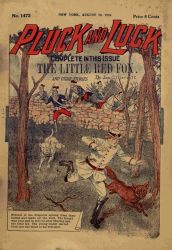 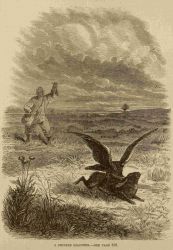 Hunting, particularly of the aristocratic variety, offered more than meat, fur, and fun. It provided a means of acquiring honor and displaying prowess. Game piece trophies became popular subjects of the dead animal portraiture of the sixteenth and seventeenth centuries, especially among the rising Parisian middle class.[3] In the goal for higher reputation, a hierarchy of desired game developed. Hunters avoided female, young, small, poorly-colored, and imperfect specimens.[4] Large, ferocious males better fit the human mental construct of a romantic confrontation between man and the wild. 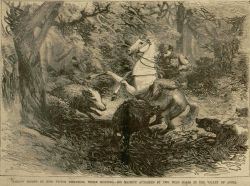 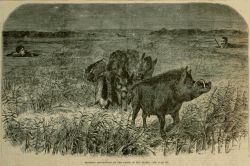 The sport of hunting rarely involves only two opposing players. Rather, humans often hunt in parties – the better to display their prowess – and employ animals to help hunt other animals. Dogs, horses, and falcons primarily filled these roles of hunting partners. For centuries humans have bred these animals to fulfill such purposes, and in fact the majority of dog breeding until the twentieth century only involved hunting dogs.[5] Each beast serves a distinct utility in the hunt, be it speed, maneuverability, or strength, helping the human to chase and capture the prey. While the average pet-owner pictures primarily express affection between the two parties, portraits of hunters and their hunting partners exhibit both companionship and a strong sense of ownership. 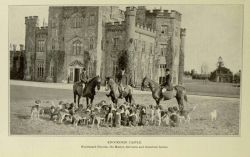