Foreign objects and mannerisms have fascinated curious minds for most of human history, and animals, which amount to collectible entities, have supplied much of the business in the trade of exotic valuables. When feasible, people have enjoyed owning exotic pets such as monkeys and tropical fish, both for personal satisfaction and as a status symbol. When a ‘pet’ elephant died in an accidental fire in 1681, multitudes of the Dublin community stole pieces of the elephant’s corpse.[1] The public burglary of this creature occurred because of the morbid fascination with the animal’s singular peculiarity in the land. Such a mob of thieves would not form in the wake of a pet dog's death. These foreign beasts have proved to be quite fashionable either alive or dead, and explorers through the ages have largely funded their ventures by the sale of animals from the new lands.[2] Shippers, however, found it easier to transport animal products rather than the live creatures, which would take up more space and were likely to die during the transfer anyway.

Even without physical accessibility to the animals, exotic creatures inspired literature, illustrations, and fashion. If people could not see the lands or the animals themselves, they at least desired to hear tales and see pictures. These demands helped to create and feed a niche market of popular literature involving fabricated or retold accounts of exotic beasts. Artists would recreate images of creatures which they had never before seen with their own eyes, but knew merely through second-hand descriptions or other likenesses. Writers would weave imagined tales of encounters with unusual and striking monsters. Oftentimes wild fancy would conceive of incredible beasts, created from a medley of animal features. More than most any other element from foreign lands, animals inspire and incite human vision. 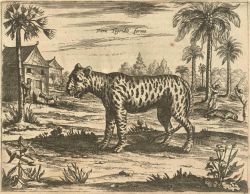 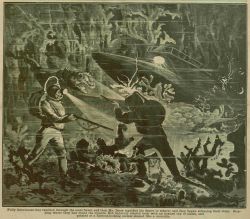 The human interest in preserving rare, nearly-extinct animals derives from multiple reasons. Firstly, the animals’ diminished number correspondingly reduces their potential threat to mankind’s life, resources, or dominion. In fact, man’s mercy upon the creatures would liken him to a kindly conqueror or benefactor who has the power to decide the animals’ fates. Rather than allowing a neutral, uninvolved relationship, humans can design a dependent association wherein the animal relies on mankind. In addition, the rarity of the creature inspires great intrigue, and owning or having power over such a scarce resource would bring prestige and authority to the proprietor. Ultimately, the beast becomes a commodity.

Humans like to categorize anything and everything in order to process and comprehend the world. As a result, many of the strange, new animals often acquired comparisons to known animals to make them more relatable and understandable. Both natural history excerpts and general literature tend to discuss animals within the human context of hunting and capture. For foreign animals, these texts also mention their presence in, absence from, and behavior in zoos or other forms of captivity. 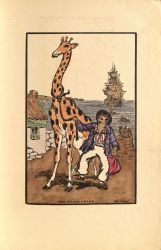 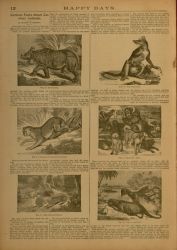