Back to The Development of Monastic Life 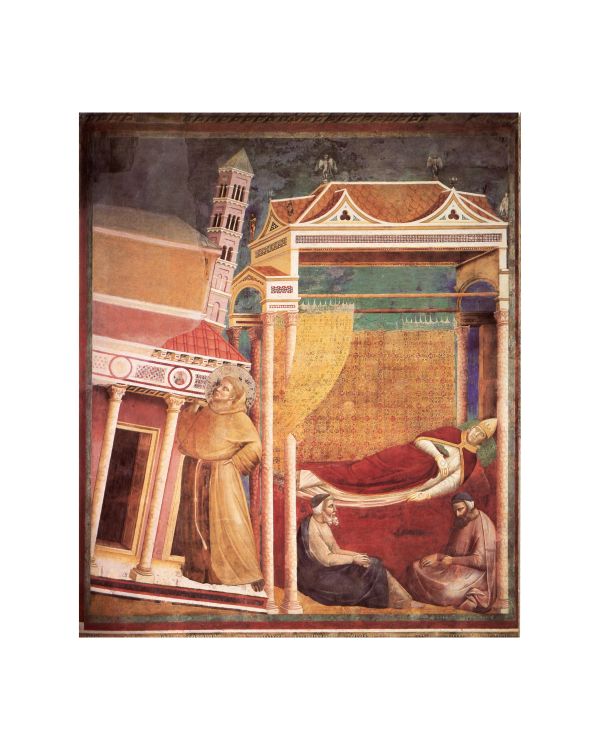 In the 12th century a new concept of religious living arose exemplified by St. Francis and St. Dominic. The groups founded by these Saints and others were called mendicant because they derived their food and other necessities from freewill offerings in contrast to the Benedictine monasteries that obtained their income from large estates. The mendicants espoused the ideal of strict poverty and service to the people by preaching and hearing confessions. The Holy See approved these groups because they supplied what the poorly educated parochial clergy could not give.

At Assisi the magnificent shrine of St. Francis contains frescos attributed to Giotto (1216-1337) illustrating events in the life of St. Francis. The one exhibited here depicts the legend of the dream of Pope Innocent III. The Pope was reluctant to approve the way of life of St. Francis, but he then had a dream in which he saw Francis upholding the whole Church.