The fate of the Franklin expedition looms large as a mystery of Arctic exploration. Contemporary searches were unsuccessful in rescuing any survivors. Even today modern excavations and wreck searches hope to provide answers. As Canadian-born explorer Vilhjalmur Stefansson has written, John Franklin and his entire able-bodied party died of apparent hunger, malnutrition, and exposure in an area where the Inuit had raised their children, cared for their elderly, and survived for generations. In many western-led polar expeditions, success often depended on explorers’ ability to learn from indigenous ways of hunting, traveling, and keeping warm. 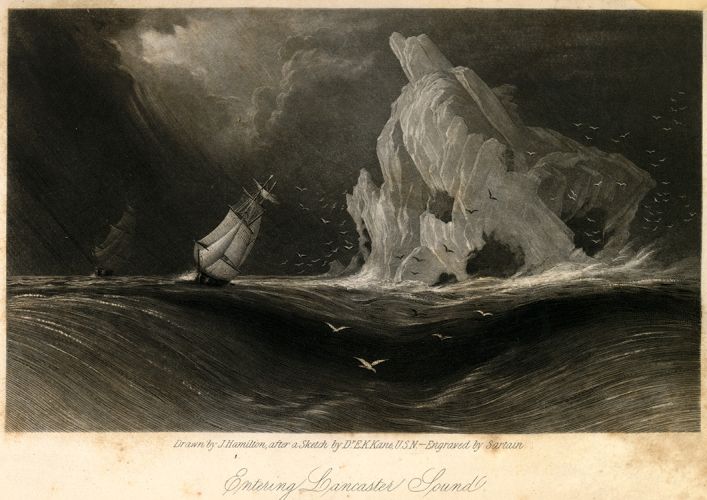 This book is not a record of scientific investigations.

While engaged, under the orders of the Navy Department, in arranging and elaborationg the results of the late expedition to the Arctic seas, I have availed myself of the permission of the Secretary to connect together the passages of my journal that could have interest for the general reader, and to publish them as a narrative of the adventures of my party. I have attempted very little else.

The engravings with which my very liberal publishers have illustrated it, will certainly add greatly to any value the text may possess. Although largely, and, in some cases exclusively, indebted for their interest to the artistic skill of Mr. Hamilton, they are, with scarcely an exception, from sketches made on the spot. 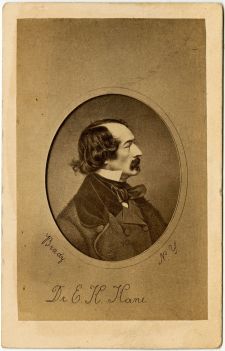 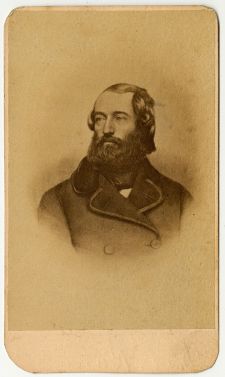 Philadelphia native Elisha Kent Kane was involved in two unsuccessful attempts to search for John Franklin’s lost expedition. His written narratives of the voyages were best-sellers, making him a household name. He sought warm climate and relief from poor health in Havana, Cuba, where he died on February 16, 1857.

This scrapbook is filled with 78 pages of journal and newspaper clippings of book reviews and articles about his long funeral train procession from New Orleans to Philadelphia, before his body lay in state at Independence Hall and was buried in Laurel Hill Cemetery. Also included is a letter from Lady Jane Franklin to Kane’s mother. The scrapbook was likely compiled by Mrs. Kane or a Kane family member or intimate friend. 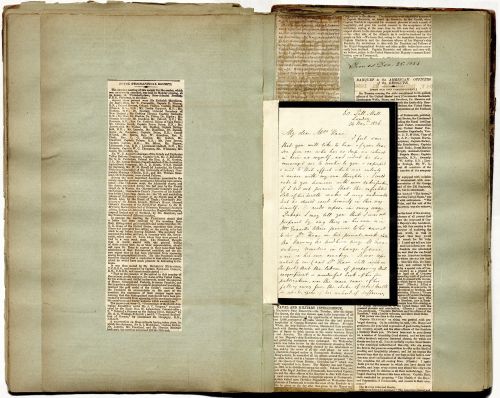 McClintock, Captain. The Voyage of the "Fox" in the Arctic seas: a narrative of the discovery of the fate of Sir John Franklin and his companions. London: Murray, 1859.

This book contains a fold-out facsimile of the “Victory Point Note,” the only written record of the Franklin expedition ever found. It was recovered by the McClintock Arctic expedition of 1857 which was personally financed by Franklin’s widow. The handwritten notes around a standard Admiralty form indicate that by April 1848, twenty-four men including Franklin had died and the ships had been abandoned after being trapped in the ice for over a year and a half. The discovery offered the public some finality about the fate of Franklin but left many questions still unanswered. 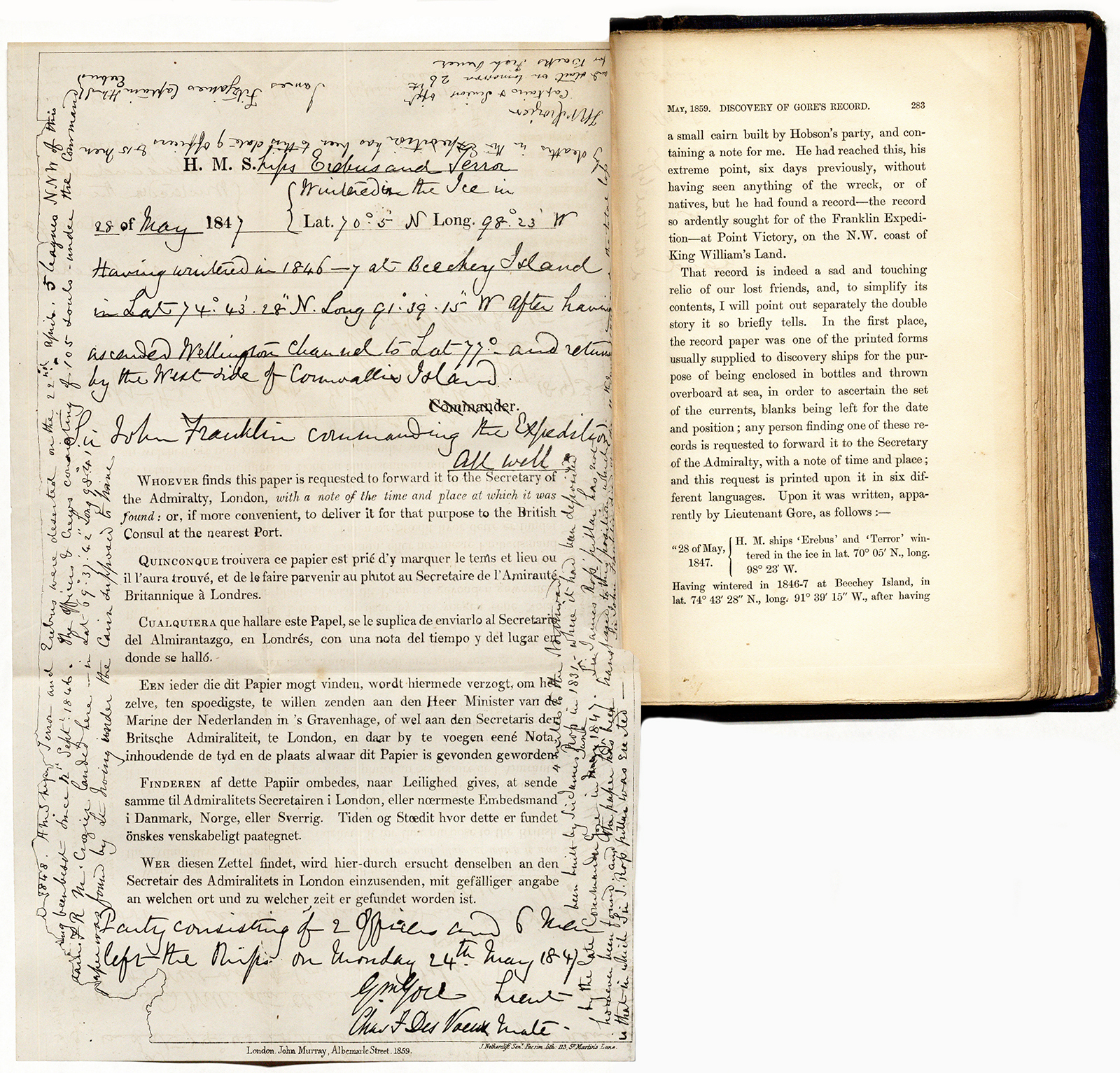 Hall was an American Arctic explorer who organized several expeditions hoping to find survivors of the Franklin voyage living among the Inuit. In 1860, he met Ipirvik and Taqulittuq, Inuk husband and wife who had been given the names of “Joe” and “Hannah” by earlier whalers. Hall hired them as guides and interpreters and they traveled with him on a U.S. lecture tour. They accompanied Hall on his final Polaris expedition, where he was likely murdered by arsenic poisoning by the ship’s physician – though charges were never filed. After Hall's death a group of nineteen, including Ipirvik and Taqulittuq were separated from the ship and survived for six months on a drifting ice floe before being rescued by a passing sealer. The Polaris ran aground and wrecked, and the remaining crew were picked up by a whaler the following spring.

Modern Read: Nickerson, Sheila. Midnight to the North: the untold story of the Inuit woman who saved the Polaris Expedition. Jeremy P. Tarcher, 2002. 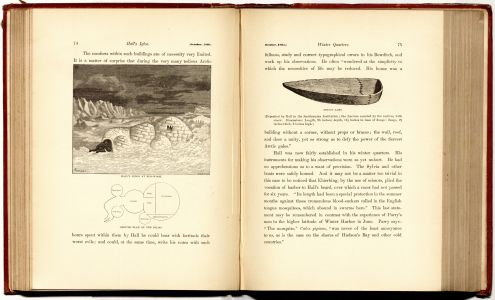 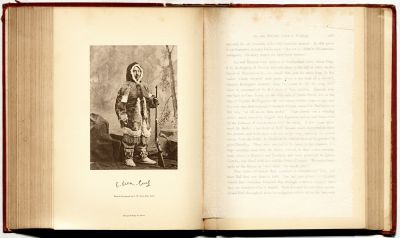 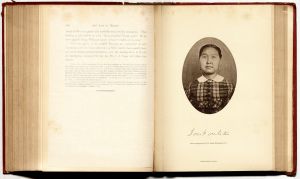 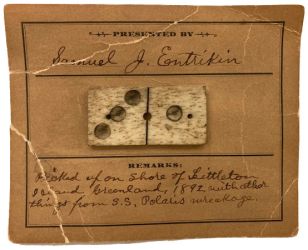 Domino picked up on the shore of Littleton Island, Greenland, 1892. From the S.S. Polaris wreckage. Presented to the Geographic Society of Philadelphia by Samuel J. Entrikin.
(Private collection of James E. Wheeler, on loan for physical exhibit)

Samuel Entrikin, from West Chester, PA, served on an 1892 relief expedition to bring supplies to Robert Peary at his Greenland outpost. He was then appointed as second in command for the Peary Greenland Expedition of 1893-1895.

Like Hall, Stefansson spent much time among the Inuit and was a proponent of The Friendly Arctic (the title of one of his dozens of books). He often noted that it was possible to live and thrive in the Arctic, like the Inuit people, though this viewpoint was overshadowed by the ill-fated Wrangel Island incident. The expedition, organized by Steffansson, sent four men to colonize Wrangel Island north of Siberia. All four died, with their Iñupiat cook and seamstress, Ada Blackjack, the only survivor.

I, Nuligak. Translated from the Eskimo by Maurice Metayer ; illustrations by Ekootak. Peter Martin Associates, 1966.

When the book I, Nuligak was published in 1966 it was recognized as the very first published Inuvialuit autobiography. Nuligak describes his life and the changes he has seen in the westernmost region of the Canadian Arctic. 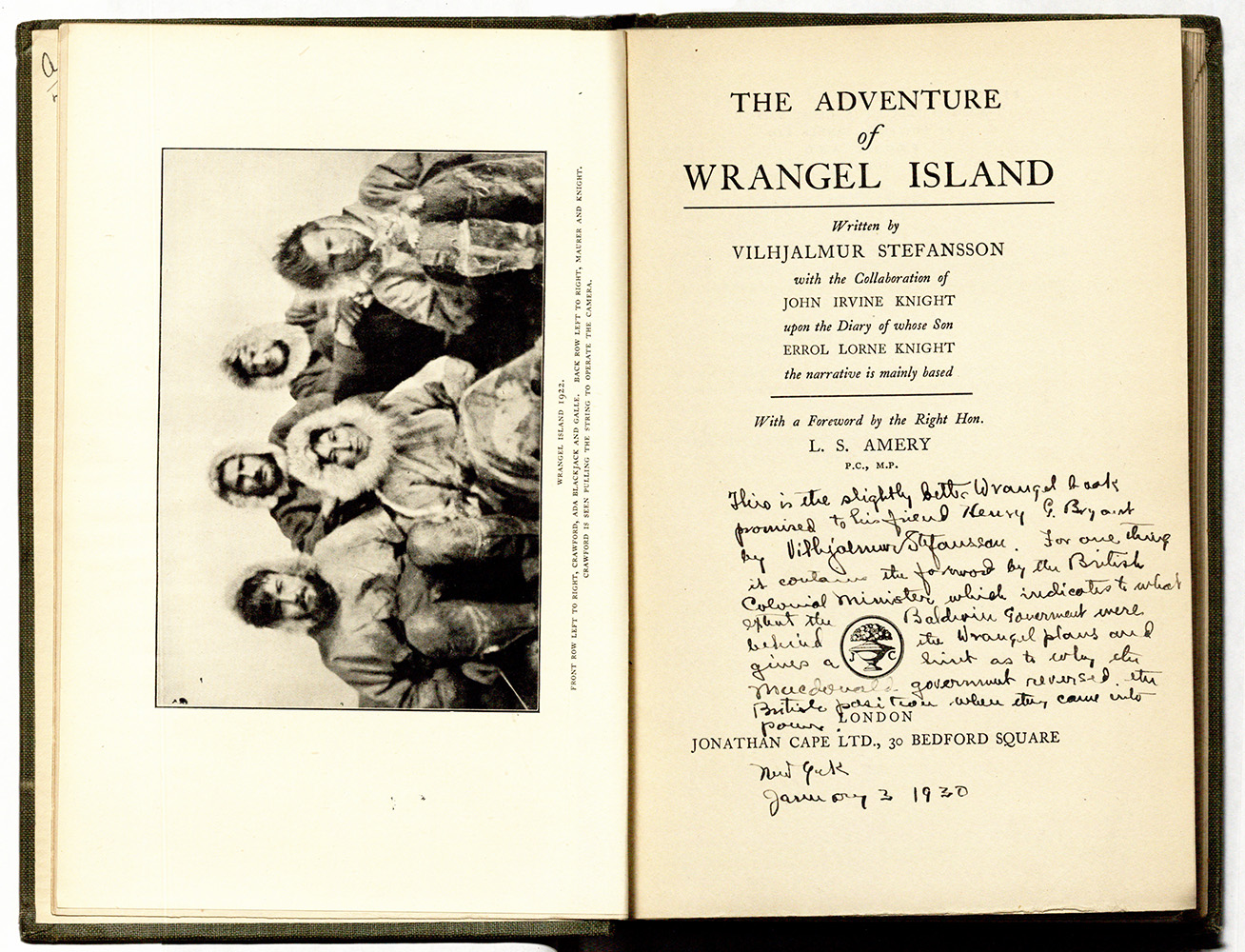 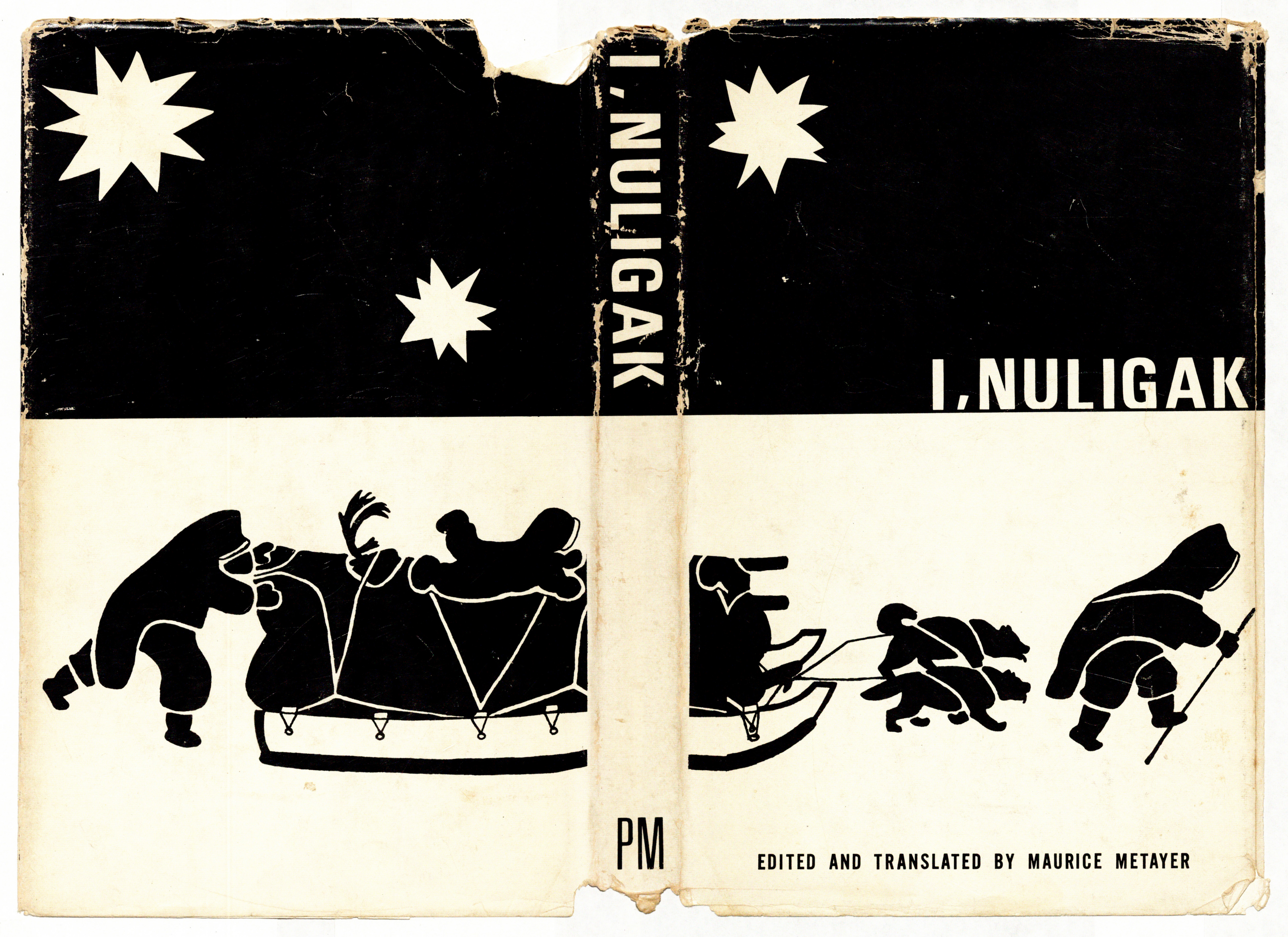