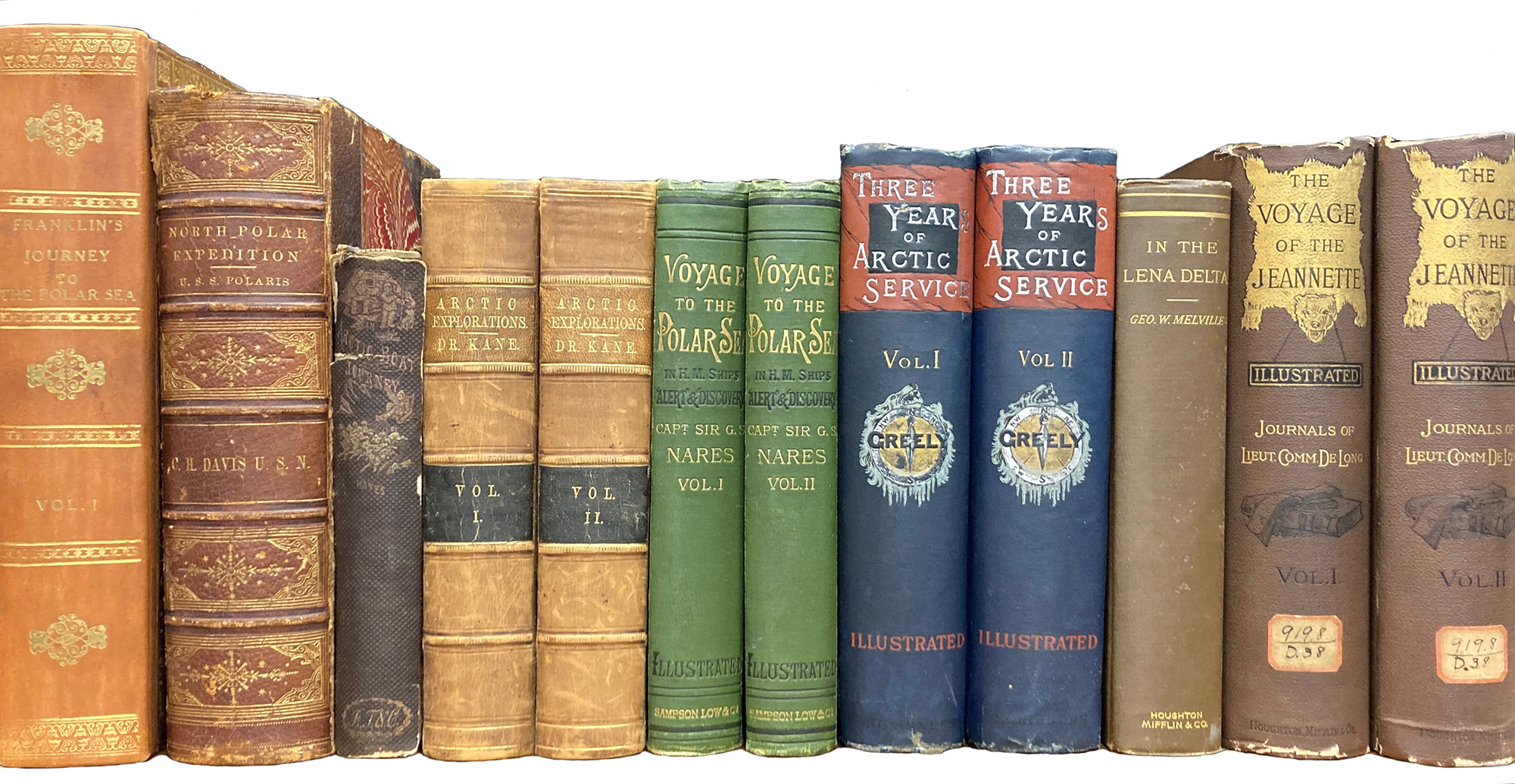 In this letter from Norwegian explorer Fridtjof Nansen to a Mr. MacAlister, Nansen notes “it would be very desirable to have the books of previous Northern explorers with us” for the library of his Fram expedition, which embarked later that year. His request includes a list of well-known, best-selling accounts of major previous Arctic expeditions. Inspired by previous attempts, Nansen had a ship specifically designed to withstand the ice pressure and intentionally froze the ship into the pack ice, hoping to float with the ice and test a theory of transpolar drift. Though the Fram did not reach the North Pole as intended, it was noted for achieving a new farthest north record.

This “imagined bookshelf” serves as a metaphor for the curatorial vision of this exhibit, which focuses on the narrative memoirs of expedition journeys written for general audiences. While these explorative voyages were scientific in nature, the books satisfied public fascination with the polar regions by visualizing previously unknown territories through word and image. But even as explorers filled in and corrected maps and myths, we continue to imagine and construct – from works of pure fiction to conjectures of lost expeditions. And as we read about “that fairyland of ice” we watch it slowly disappear as dire warnings about climate change threaten what we have come to know of the Arctic and Antarctic - once again to mind and memory. 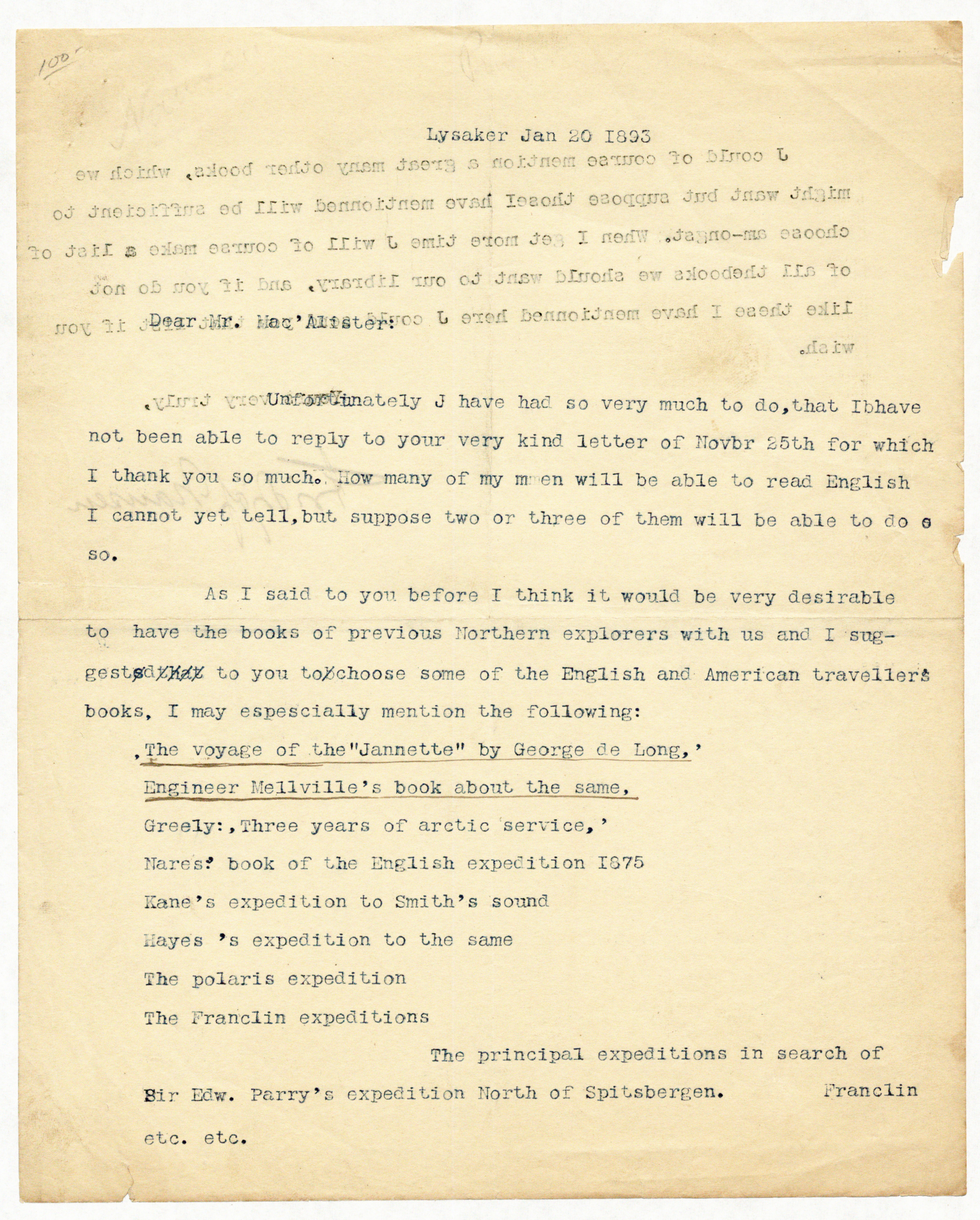 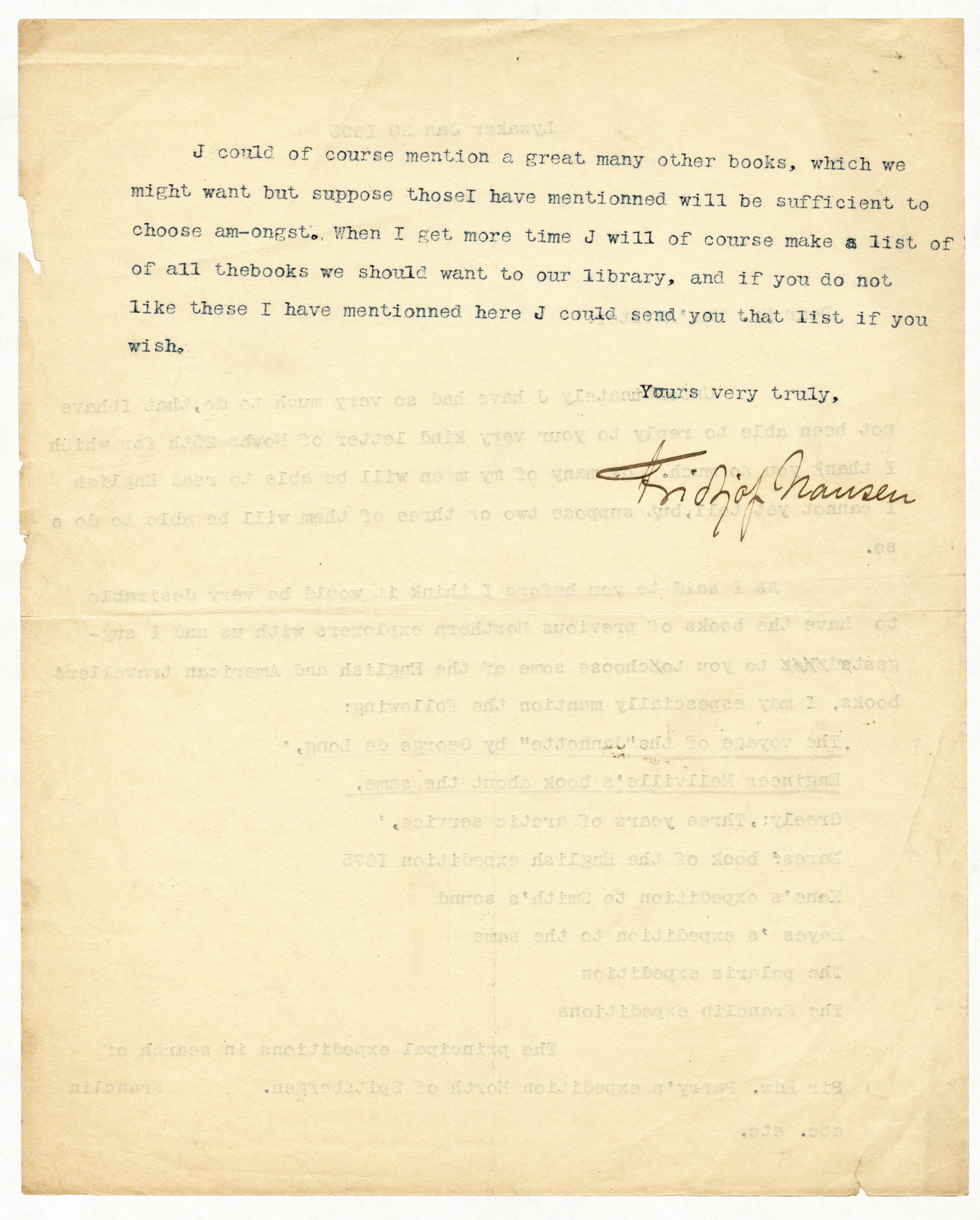