Many institutions of higher education were exclusively for men long before women were afforded an opportunity to learn side-by-side with men in the classroom.  One of the first operating co-educational college in the United States was Oberlin College in Oberlin, Ohio, which was established in 1833 [1].  As for Villanova, the campus was all-men until 1918, when the college began to provide evening classes for nuns to teach in parochial schools. In 1938, a laywoman received a Villanova degree for the first time. Though for many years women on the condition of commuting to campus than living on campus. It was not until the nursing school opened in 1953 that women permanently began attending Villanova with full-time status. It took another fifteen years before Villanova University became fully co-educational in 1968. These changes were concurrent to the proliferating women's movement of the 1960s and 1970s, focused on dismantling inequality between genders and greater personal freedom for women. These forces brought new challenges to campus and highlights the tension between tradition and change.

A Decade of Firsts 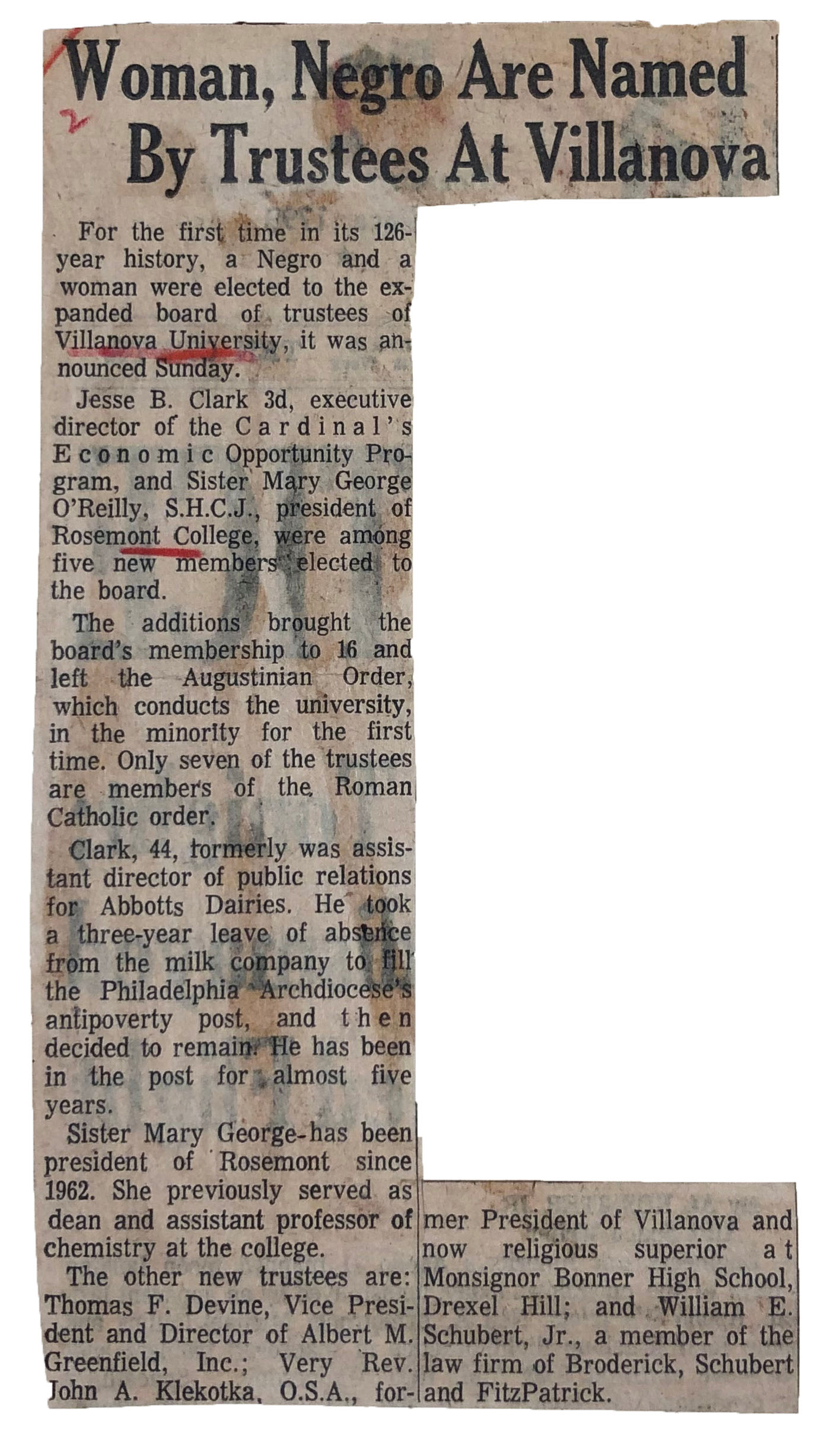 "... but Villanova has a male tradition and we want to keep it that way..."

The tension between all-boys school tradition and change came to a head in 1963, the Student Council refused to grant girls equal status and recognition for campus extracurricular activities. Three girl cheerleaders wanted equal status with the male cheerleaders at athletic events. Coinciding with the request was a resolution permitting girls in all student clubs and organizations that was withdrawn. During this period, Villanova had 4,241 undergraduate students and 214 were women [2]. The inclusion of girls in intramural sports would find momentum and by the end of the sixties, and into the seventies, official girl sports would begin.

Many articles in The Villanovan can be found discussing the Women's Liberation Movement, hemlines, reproductive rights, and the activities of sororities and faculty wives.

During the 1960s, feminist leaders and many in the medical community spoke out against restrictions on abortion and reproductive rights. The decade saw the first oral contraceptive and intrauterine devices (IUDs) hit the market and cases, such as Griswold v. Connecticut decided by the U.S. Supreme Court in 1965, helped paved the way for Roe v. Wade. As reproductive freedom rights were growing in momentum, Pope Paul VI in 1968 released Humanae vitae, an encyclical, meant to reestablish the orthodox teaching of the Church regarding the definition of “married” love, responsible parenthood, and the firm rejection of artificial contraception. This was a reversal on the 1966 report Pontifical Commission on Birth Control, which proposed artificial birth control was not intrinsically evil and that Catholic couples should be allowed to decide for themselves. 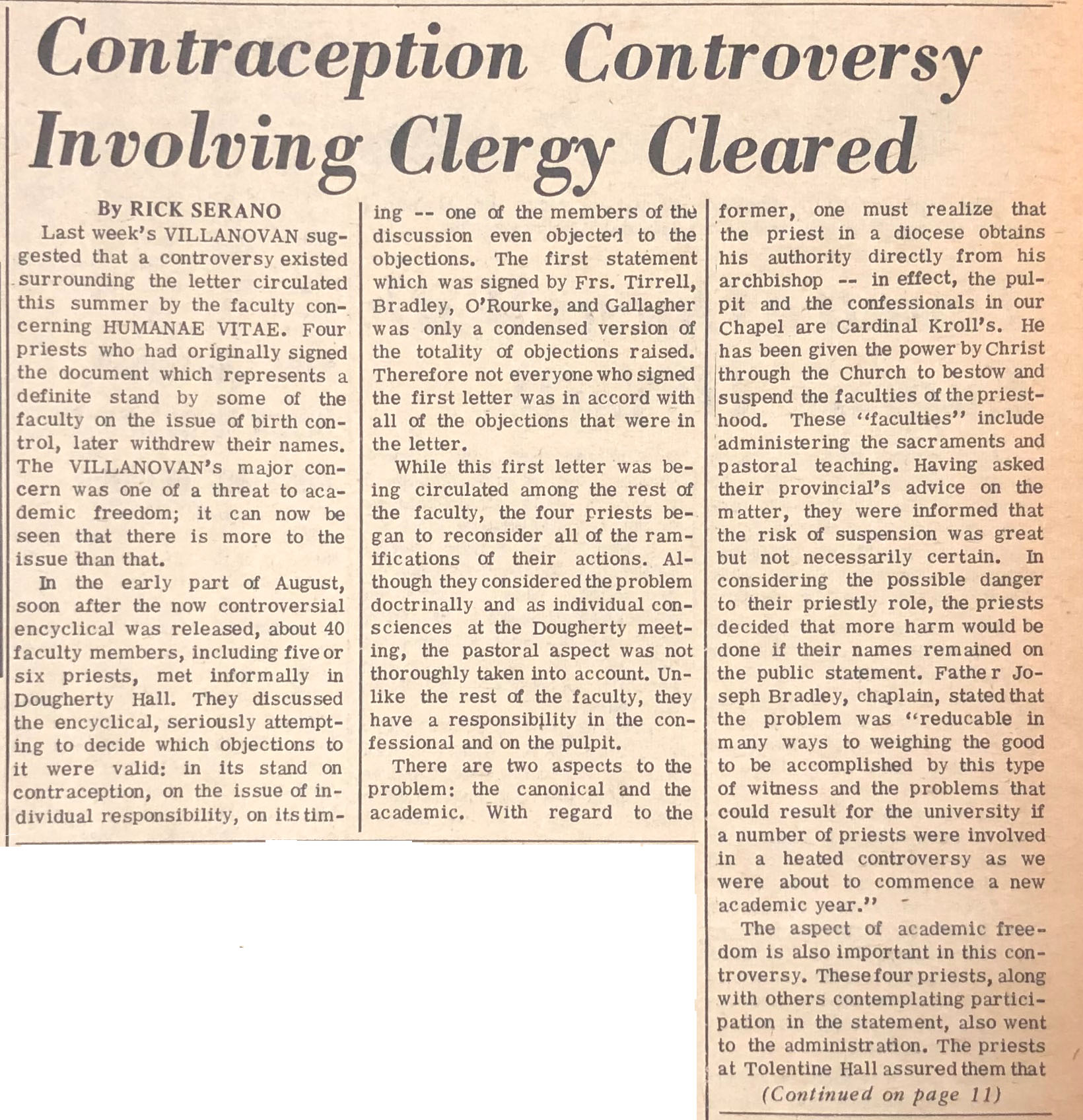 On campus, sixty faculty members were outspoken in their disagreement with the encyclical and put out a public statement. Originally the statement included four priests, but  later withdrew their names. The controversy not only highlighted the rights of women and their bodies, but the tension between academia and canonical teachings. 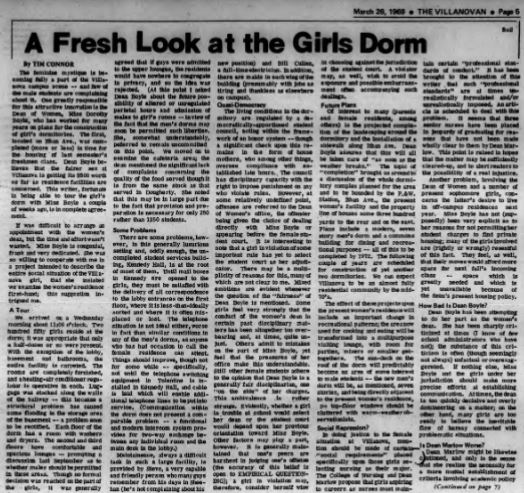 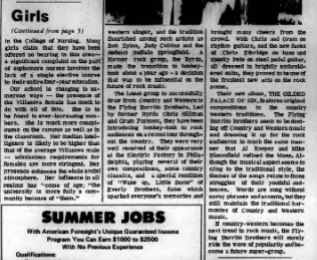