In celebration of Women’s History Month and the 100th anniversary of the passage of the 19th Amendment to the U.S. Constitution, here are some materials related to the fight for women’s suffrage from our Distinctive Collections. 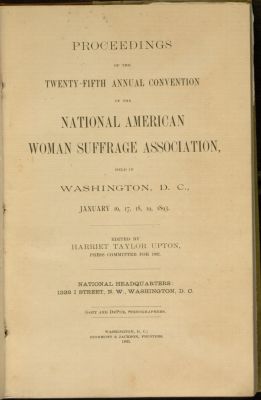 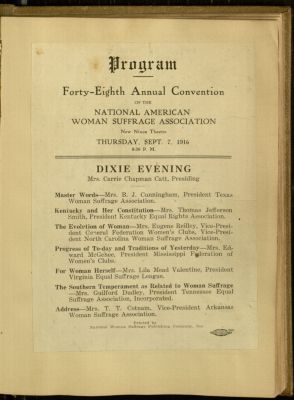 The National American Woman Suffrage Association (NAWSA) was formed in 1890 by the merger of two previously existing organizations. NAWSA eventually comprised about two million members and was instrumental in getting the 19th Amendment passed.

The fight for women’s suffrage became more and more prominent in the late 19th and early 20th centuries. Individual municipalities, states, and territories began granting women the right to vote long before the passage of the 19th Amendment in 1920. Wyoming Territory allowed women to vote beginning in 1869.

With the growing discussion both for and against women’s suffrage, as well as a growing print culture, the topic began appearing in articles, essays, and advertisements across the country. Here are a few samples from our collections. 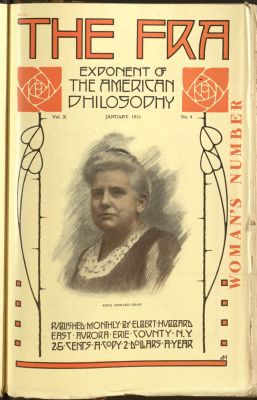 Dr. Anna Howard Shaw was a physician, an ordained Methodist minister, and a leader in the women’s suffrage movement. The Fra ran an article about her life in January 1913, with a portrait of her on the cover of the magazine.

This article was written by Alice Hubbard, who was herself a feminist and suffragist. Hubbard also attended the 1913 women's suffrage parade in Washington, D.C., mentioned below. 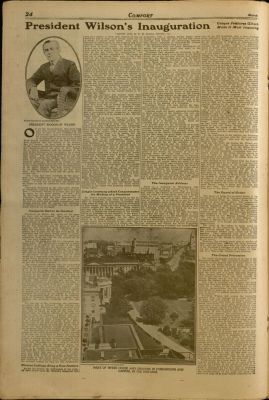 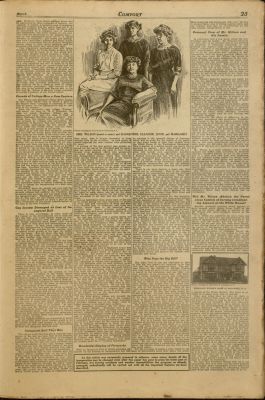 "President Wilson’s Inauguration: Unique Features Which Make It Most Imposing." Comfort: The Key to Happiness and Success in Over a Million and a Quarter Homes, Mar. 1913, pp. 24-5.

Comfort magazine, with a circulation of over 1 million, was one of the most popular publications in the United States in the early 20th century. Comfort’s target readership was rural households, but although there were some articles for men and children, most articles were geared towards women. This March 1913 “Household Number” included an editorial with a detailed explanation of why Taft lost his bid for reelection so spectacularly, as well as a two-page spread about the inauguration of President Woodrow Wilson. At the bottom of the first column on page 24 there is a section titled “Woman Suffrage Army a New Feature.” The women’s suffrage parade of 1913 was in fact the first large-scale organized march on Washington. 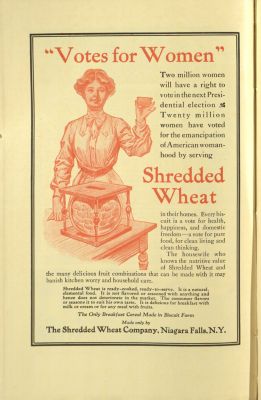 Advertisement for Shredded Wheat. The Fra: A Journal of Affirmation, Jul. 1913, rear cover.

This advertisement uses the cause of women's suffrage to sell Shredded Wheat. The text comments that "two million women will have a right to vote in the next Presidential election." As noted above, many states and territories granted women the right to vote before the passage of the 19th Amendment. 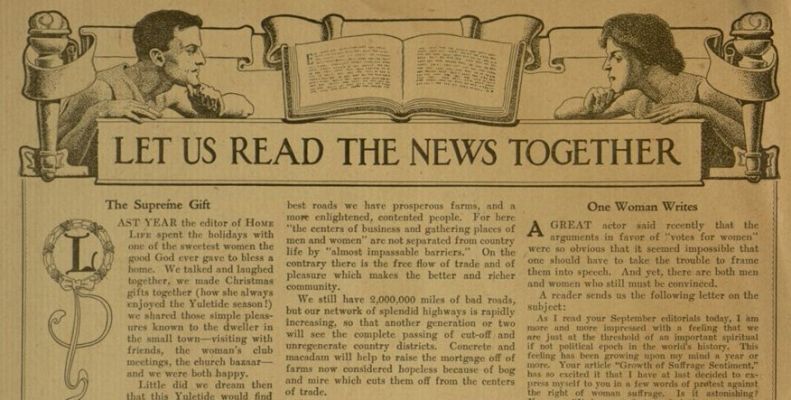 Discussion and debate about women's suffrage was everywhere. Home Life apparently ran an article on the "Growth of Suffrage Sentiment" in their September 1916 issue (unfortunately we don't have this issue in our collection). Here in the December 1916 issue, the letters section includes "One Woman Writes," in which a woman shares her anti-women's suffrage stance. 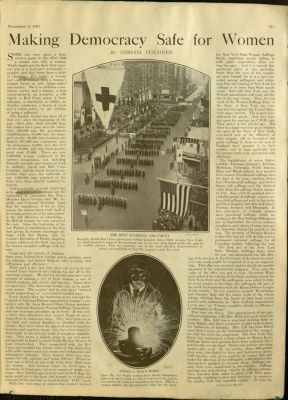 Teichner concludes, "On November sixth, the men of New York State will vote upon the suffrage amendment. And it remains to be seen whether or not the men of New York will concede that woman, having proven herself to be man's helpmeet in every field of endeavor, has the right to be a voter as well." (The state amendment passed.) 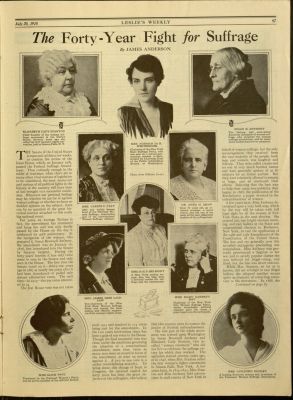 "The Senate of the United States is expected, within a few weeks, to confirm the action of the lower House, which, on Janaury 10th, passed the Federal Suffrage Amendment."

In fact, the U.S. House and Senate voted on a women’s suffrage amendment five times between January 1918 and June 1919, before the amendment finally passed both chambers on June 4, 1919. At that point, it went to the states for ratification. The ratified amendment took effect on August 26, 1920. 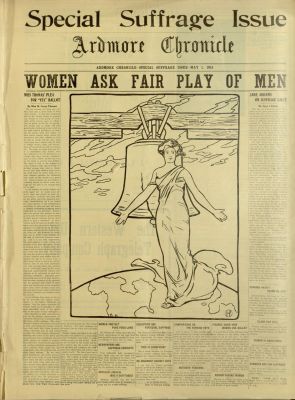 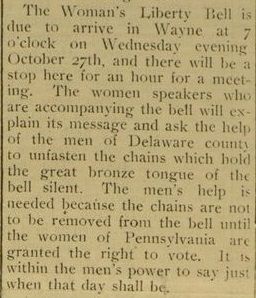 We can trace the local women’s suffrage movement in Pennsylvania through the Main Line newspapers in our collections. The Ardmore Chronicle and The Suburban (Wayne Times Edition) document the efforts of local activists. The Ardmore Chronicle ran a special supplement to their May 1, 1915 issue. The October 22, 1915 issue of The Suburban advertised the arrival of the "Woman’s Liberty Bell" in Wayne, part of a 4-month campaign road trip that made stops in every one of Pennsylvania’s 67 counties. On November 6, 1918, the Ardmore Chronicle proclaimed, "Suffragists Carry 33 Penna. Counties." Although this resulted in a loss for the state amendment, suffrage activists “hail[ed] it as a magnificent victory” because the number of votes in favor versus against showed that the cause was gaining favor, even if not yet enough to win.

Pennsylvania was one of the largest states that did not pass local amendments granting women the vote prior to the adoption of the 19th Amendment. However, the groundwork laid by suffrage activists ensured that Pennsylvania was among the first ten states to ratify the federal amendment.

As we celebrate the 100th anniversary of getting the 19th Amendment ratified and adopted in 1920, it is important to acknowledge that this amendment did not necessarily apply to all women (just as the 15th Amendment did not, in practice, guarantee all men the right to vote). African American women were increasingly marginalized by white women’s suffrage activists in the later 19th and early 20th centuries. African Americans (and other racial minorities) continued to struggle to exercise their right to vote until the passage of the Voting Rights Act of 1965, though voting rights continue to evolve.

Materials in this digital exhibit come from Falvey Memorial Library's Special Collections and digital versions are available through the Digital Library (click the citation links above to go straight to a particular resource).