Phase 1: The Life of a Farmer

The Reinboth family soon moved on after establishing the property as John Reinboth’s estate and William Scott and his wife, Evelyn Paulmier Scott, moved in[1].  But first, they nearly doubled the size of the property, absorbing a neighboring property.  William Carpenter Scott and his wife had William Price design The Dipple in 1903.  The architecture was based off of Compton Wyngates, the British Tudor castle in Warwickshire, England, once home of Henry VIII.  The building served as an inspiration for the Price design and other American estate homes of the period, including The Dipple[2].  It was a stone house resembling a small castle, a fortress for the wealthy family.  The interior of the house includes a large room on the ground floor, perhaps a ballroom, and 15 bedrooms.  In addition to the main building, Scott also constructed a small building near the driveway that is presently used a shed, but was likely used a servant quarters or a resident for the farmhands.  The address was still listed as a farm in the 1910 census, indicated that the Scott family had other people working the land[3].

William Carpenter Scott and his wife were quite wealthy.  They were prominent members of the community.  Childless, the pair frequented high society clubs and organizations.  They were members of the Lower Merion’s Union League and made annual appearances in the Philadelphia Social Register.  Mrs. William Scott remained a participant in most of her social clubs, even after William Scott died suddenly in 1906[4].

Though Scott’s death left Evelyn alone, Scott left her with all of his possessions and financial assets, which equaled approximately $425,000[5].  His will provided a detailed list of all his business assets and equity that he had acquired through a long life of successful business strategy.  Scott left the entire estate to his wife, which could suggest he either entrusted her to either manage those who were working the land or that the land was no longer being farmed and she just had to manage the family.  She remained the owner of the property for nearly a decade after her husband’s death.  Even after then, she still lived in the area and maintained her high society visage.  Despite their high profile life, Scott and his wife kept a lot of their affairs private.  Together, they owned the property well.  When Evelyn Scott sold the property to James Crosby Brown for $500,000 in 1914, the estate was well preserved and worthy of the title of one of the most extensive private estates in the vicinity of Philadelphia[6].

Brown’s ownership of the property was the second phase of transformation in the microenvironment from agriculture to business.  The Brown family still employed the property as farmland and hired 25 people to tend to it[11].  Though there was no necessity for Mr. Brown to farm the land, as his profession as a banker gave the family enough capital to survive without work, James Crosby had a dedication to keeping the air clean for his wife.

When World War I consumed the globe, for many Americans, it meant conservation.  For James Crosby Brown and his illustrious family, rationing was not in the cards.  The Brown’s presence in Gladwyne rendered the family one of the wealthiest, most renowned, and most recognized to reside in the area.  In comparison to immediate neighbors, such as Seth Humphreys, and other residents in the area, there is no question that Mr. Brown’s wealth placed him among the elite[12].  When James Crosby Brown married Mary Agnes Hewlett of Long Island in 1898, they had two sons, James Crosby, Jr. and Alexander Crosby[13].  The family of four could often be seen exploring the 200 acres they had at their disposal, riding in carriages drawn by beautiful horses, or hunting together.  Mary Agnes was a long sufferer of asthma, however, and despite James Crosby’s efforts to continue expanding the land holdings to protect her from the burning leaves from the workers tending to the farm, but it was futile.  Mary Agnes Hewlett Brown succumbed to an asthma attack out of state and died in 1919[14].  Two years later, in 1921, James Crosby Brown remarried.  Aurelia Jenkins was a widow, the former wife of one of James Crosby’s classmates at Yale.  Together, she and James Crosby combined their families to a total of five sons and two daughters and, in 1925, James Crosby and Aurelia had their own daughter, Aurelia, Jr., called Thistle[15].   The Browns were a Golden Age family who lived a very lavish lifestyle right up until 1929 with the infamous stock market crash.

The available atlases from 1920 and 1926 show the building renovations that occurred on the property when Mr. Brown purchased the property – it shows the doubling size of the main house, as well as the garage, carriage house, servant quarters, dairy, and stable, as well as numerous other buildings in the outer ring of the property[16].  The home itself consisted of 50 rooms.  In comparison to the architecture style that William Carpenter Scott had used when he designed The Dipple, Clifton Wynyates was much more modern[17].  Brown built a beautiful outdoor tunnel between the renovations and the original home to connect the two architecturally.  Brown called upon the original architect, William Price, to make the renovations; as both Scott and Brown absorbed neighboring properties, the new landscape of Clifton Wynyates incorporated various early farm buildings, mills, and mill workers’ houses from the former agricultural and industrial lands bounding Mill Creek[18].  Those structures then served as housing for the servants, household workers, and the farmhands who worked for Brown. 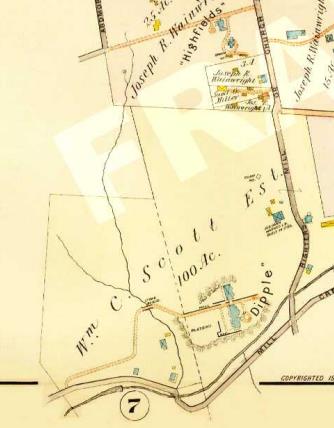 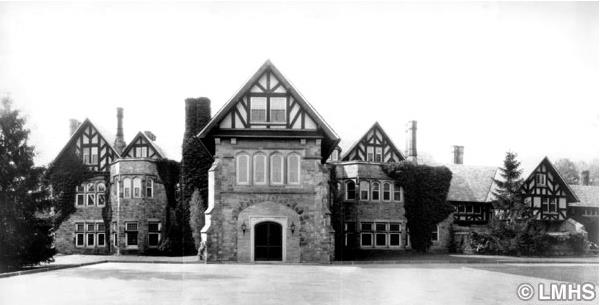 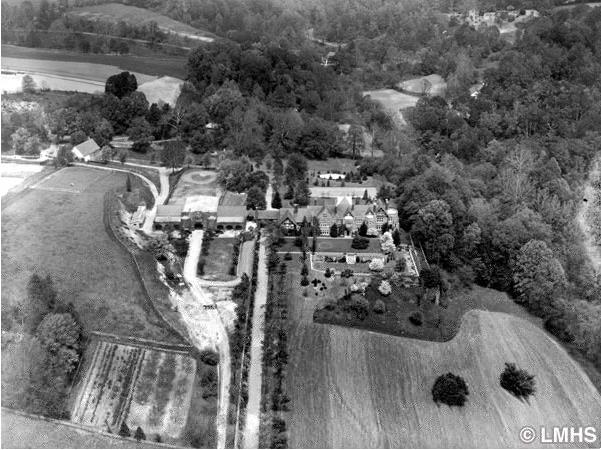 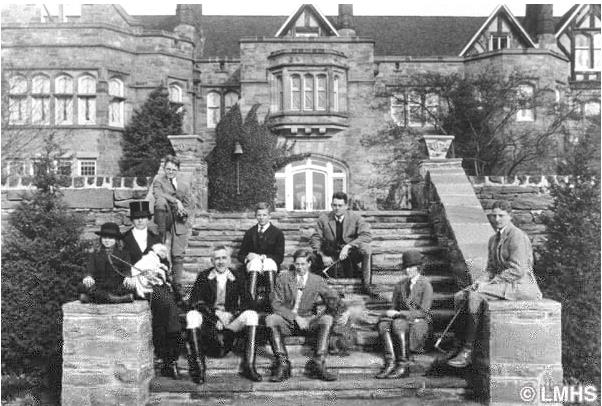 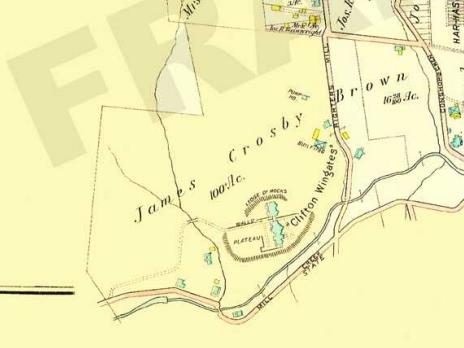 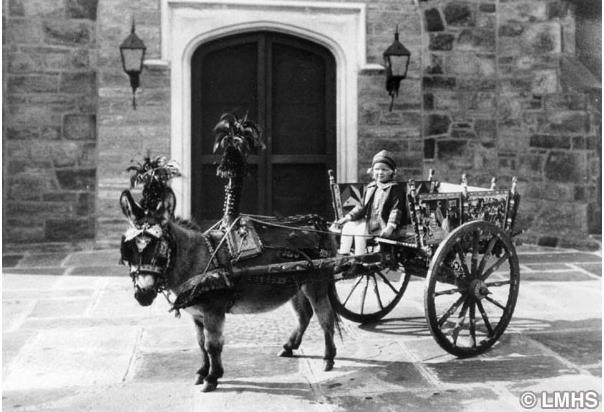 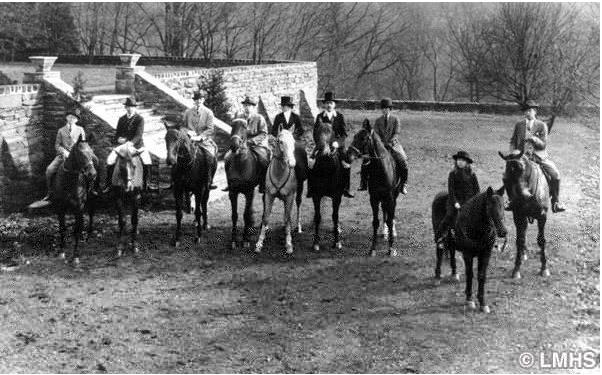 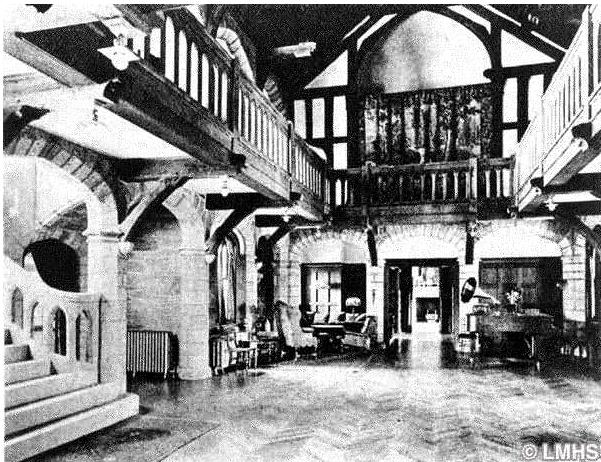