"Prevention and protection are the two sides of the shield of advanced sanitation, and I need not say more at this time perhaps than to point out that I shall begin at once to create the organization necessary to carry the law into effect; but out of necessity must move slowly, recognizing the complexity of interests involved, endeavoring, however to carry practically the gospel of sound science into every part of the Commonwealth in such a reasonable manner that I shall secure cooperation and not antagonism from corporations and individuals."

-- Samuel G. Dixon, M.D. upon his appointment as Health Commissioner.

Samuel Gibson Dixon was born, raised and spent much of his young life in Philadelphia. His childhood home, belonging to his mother’s family for six generations, sat next to Bartram’s Garden. His father, Isaac, a prominent and successful center city jeweler, sent young Samuel to Mantua Academy, a Philadelphia private school, where he studied chemistry. His sights were set on studying at Harvard University, but poor health prevented him from attending. His parents instead sent him to Vienna to recuperate. Shortly after his return to Philadelphia, he studied law at University of Pennsylvania and was admitted to the Pennsylvania Bar on June 30, 1877. He practiced law with his brother, Edwin S. Dixon, for six years before turning to medicine.[1]

In 1886 Samuel G. Dixon, at the age of thirty-five, had earned his medical degree from the University of Pennsylvania although typhoid fever nearly kept him from taking his final examinations. Typhoid fever, most commonly spread through contaminated water and/or food due to unhygienic practices and poor sewage disposal, was a major problem in Philadelphia in the late 19th century and, despite his upper-class background, Dr. Dixon was not spared from contracting the disease. Dr. Dixon’s bout with typhoid fever took a toll on his body and in order to regain his health he again vacationed in Europe for several months. Upon his return to Philadelphia, he taught hygiene courses to medical students at the University of Pennsylvania.[2]

In 1889 Dr. Dixon’s interest in hygienic studies led him to King’s College in London to study bacteriology under Dr. E. Klein. He became familiar with tuberculosis, most commonly known at the time as “consumption,” and made a “notable observation” regarding the disease. He then travelled to Munich to learn about hygiene, water purification and proper sewage disposal.[3] While in Munich, he studied alongside Dr. Max von Pettenkofer, a renowned chemist and hygienist who had introduced the study of hygiene and sanitation as an academic discipline in Europe.[4] Dr. Pettenkofer’s research on effective sewage disposal and water purification had a profound effect on Dr. Dixon. Dr. Dixon knew he could apply and expand on Dr. Pettenkofer’s research to aid in typhoid fever prevention back at home.

Shortly after returning from Europe, Dr. Dixon decided to focus on hygiene research. In 1890 he quit teaching, was elected as a member of the Academy of Natural Sciences and opened up a research laboratory in the Academy building. From 1895 until 1918, Dr. Dixon served as the President of Philadelphia’s Academy of Natural Sciences.[5] He also held various board positions for over 20 scientific, medical and historical groups including the Zoological Society of Pennsylvania, the National Association for the Study and Prevention of Tuberculosis, the American Public Health Association and the Geographical Society of Philadelphia.[6] By the turn of century, Dr. Dixon had earned a distinguished reputation within the medical community of Philadelphia. After several years of research, his desire to educate the masses and improve unhygienic situations in large and small communities alike came to realization in 1905.

Dr. Dixon was selected on June 6, 1905, specifically for his knowledge of health and hygiene by Governor Pennypacker as the first Health Commissioner for the newly formed Pennsylvania Department of Health. The new commissioner earned a handsome $10,000 per annum and the department had a $150,000 yearly budget.[7] Residents of Lower Merion were pleased that one of their own “worthy” neighbors had been chosen for such a prestigious position.[8]  Dr. Dixon promised upon his appointment: “Familiar as I am with sanitary methods here and abroad, I well understand the enormous responsibility the law puts into my hands; but I accept these responsibilities in the name and the interests of the whole people of the state who are my patients, as it were, and in whose behalf as a whole I expect to work to safe guard them in their daily life in city and countryside, farm and factory.”[9]

[10] Images from the History of Medicine(http://ihm.nlm.nih.gov) 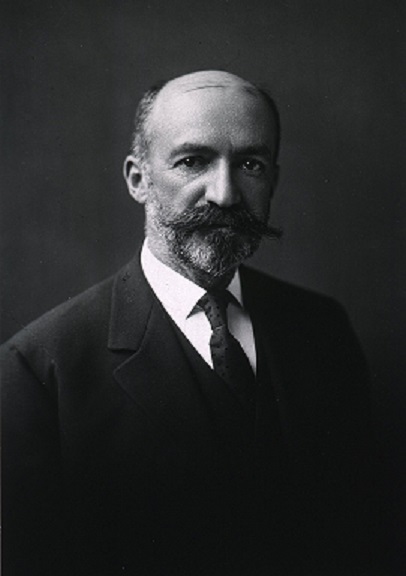 Portrait of Dr. Samuel G. Dixon (Courtesy of Images from the History of Medicine (IHM)) [10]

Samuel G. Dixon's signature from his Last Will and Testament (Courtesy of Montgomery County Register of Wills)