Drawings and illustrations were large part of Jack's career. While he continued to paint and exhibit regularly in oil and watercolor his most popular works were illustrations. Included below are classic examples of Jack's pen and ink line drawing style.

Life in the West of Ireland

Yeats' first book is a collection of forty illustrations representing life in the west of Ireland. Yeats often said he painted what he saw and this book provides an interesting look at country life at the turn of the century. Titles such as The Country Shop, A Political Meeting, The Race Day and Gathering Seaweed describe daily life. Looking at the illustrations the viewer will see many segments of social class, folkways, local characters, daily chores, and recreational events.

The book contains color prints, line drawings, and reprints from oil paintings. Yeats would display works from this book in later exhibitions. It is a summary of his work to date at the age of 40.

The Bosun and the Bob-tailed Comet

The first of Yeats’ illustrated books for children, this work tells the story of a sailor who after being paid by his ship discovers a comet which he ties up and rides. This imaginative story is one of several plays and illustrations which Yeats did with a nautical theme. All of his children’s works share this theme, evidenced by their titles: A Little Fleet, James Flaunty, or the Terror of the Western Seas, The Treasure of the Garden, The Scourge of the Gulph, etc.

Jack's love of ships and pirates can be attributed to his childhood in Sligo and his shipbuilder grandfather. The drawings are typical of his pen and ink line illustrations. Each drawing in the book are either initialed or signed by Jack.

Published in 1904, the handwritten year on the title page says 1905. The publisher Elkin Matthews was Yeats first publisher for his early plays and books. He was also a friend of his father and the family from when they lived in Bedford Park, an artistic housing community in London.

Illustrations from The Gael

The Shops at Christmastime

Started in 1881, The Gael was a monthly bilingual (Irish/English) magazine published in New York. These pen and ink drawings are typical of Yeats’ depictions of country life in the west of Ireland. A major theme in his life’s work, Yeats later became known as Ireland’s national painter because of the realistic way he depicted Irish life.

Yeats’ may have submitted these drawings to The Gael because of his relationship with New York lawyer John Quinn. Quinn had a strong interest in Irish art and literature and met Jack when he was in Dublin visiting exhibits of both Jack and his father John B. Yeats. Quinn purchased a number of Jack’s paintings and Jack spent some time showing him around Dublin.

The Woman Who Knew Rafferty the Poet

This pen and ink drawing came from a trip Yeats took with New York lawyer John Quinn to see Lady Gregory. On the way to Gregory’s estate in Coole, County Galway, Yeats stopped with Quinn in Craughwell to show him the grave of Raftery, an 18th century Irish-speaking poet. A few years earlier Lady Gregory and other members of the literary revival unveiled a monument to the poet and had been working to get his poetry published. 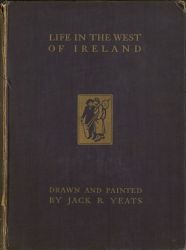 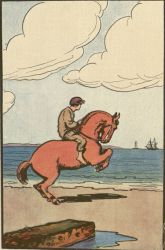 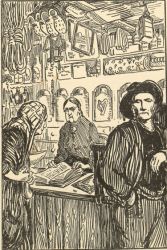 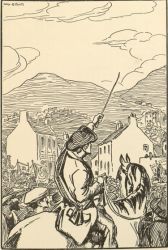 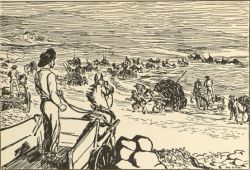 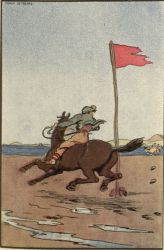 1. Book cover
2. The Red Pony
3. The Country Shop
4. A Political Meeting
5. Gathering Seaweed
6. Will He Catch Them 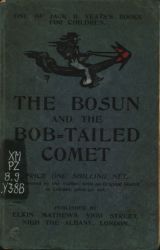 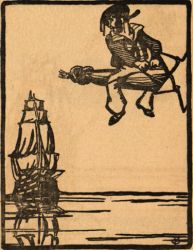 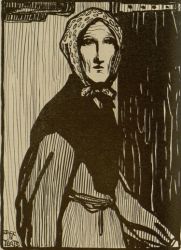 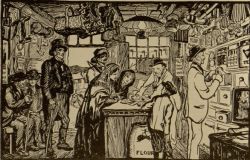 Learn more about The Gael.