Jack Butler Yeats is one of Ireland’s great modern painters of the early twentieth century. Outside of Ireland he is perhaps most well-known as the brother of the poet William Butler Yeats (WB) and the son of portrait artist John Butler Yeats (JBY).

Jack was born in London in 1871, the youngest of four Yeats children. A member of the Protestant Anglo-Irish class he spent most of his childhood in Sligo raised by his maternal grandparents.

The Yeats family dynamic was often turbulent. Jack's father's (JBY) decision to quit the legal profession and pursue a career as an artist caused a good deal of family turmoil, which led the family to struggle financially. His wife Susan suffered a great deal of anxiety as a result and often turned to her parents for support. She frequently took the children to Sligo to stay with her parents for extended periods of time.

After one such visit when Jack was seven, the family returned to London leaving Jack in the care of his grandparents for the next 11 years.  His childhood in Sligo was to be a formative experience in Jack’s life.

Jack’s grandfather, William Pollexfen, was a large figure in Jack’s life. A sailor in his early career, Pollexfen was a well-known shipbuilder and successful merchant. Jack spent a great deal of time with his grandfather, traveling the countryside, attending horse races and fairs, and watching the daily events of the Sligo quays. These early experiences became reoccurring artistic themes throughout Jack’s career.

All of the Yeats children wrote favorably of their childhood trips to Sligo. Jack’s mother loved Sligo and instilled that love in her children. Sister Lily describes how the Irish servants at their grandparents’ home told the children stories “of angels, saints, banshees, and fairies” whereas the English servants didn’t (Arnold, 1998 25). The old Gaelic myths and legends of Ireland were to feature heavily in all of the Yeats’ siblings' professional careers, from WB’s writing to sisters Lily and Lolly’s Dun Emer Industries.

At 18 Jack returned to his family in London and to attend art school. While in art school Jack met his wife Cottie and began to draw professionally for the first time. His first illustrations were for the Vegetarian and over the next seven years he worked with them on a consistent basis. Jack also produced numerous cartoons, illustrations, and comic strips for various other publications in London, including Punch and the Manchester Guardian.

With a stable career as an illustrator, Jack and Cottie were able to buy a home in the country where Jack set up his miniature theatre. Based on his childhood paper doll collection known as The Farm, Jack built and wrote plays for the local children. The plays are adventure stories involving ships and pirates. A constant motif in his work Jack loved the excitement and drama of the Sligo quays from his childhood. His children's works have titles such as A Little Fleet and James Flaunty, or the Terror of the Western Seas.

In 1905, Jack collaborated with John M. Synge on a newspaper assignment depicting life in the west of Ireland. This trip had an effect on Yeats and afterwards his work begins to make a notable shift to painting Irish scenes in watercolor and oil. By 1910, Jack and Cottie decided to return to Ireland permanently. They settled outside Dublin and where Jack continued his work with his sisters' Cuala Press working on A Broadside. Jack continued to exhibit his paintings and provided illustrations for many Irish authors.

At the end of the 1920s Jack returned to writing for a period. He published a number of novels and plays which have been criticized for being difficult to understand, not unlike some of his paintings.

He was described by family members and by himself as a loner who preferred to make his own way. He wrote of and invoked themes of nationalism. But however sympathetic he was to the Irish nationalistic cause he was never as involved as his brother. Similarly, he was always on the periphery of the Dublin literary circle that his brother was so much a part of. Jack B. Yeats died in 1957 at the age of 86. 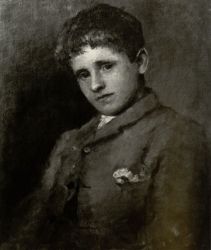 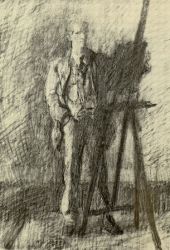 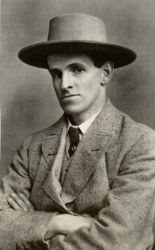