Samuel G. Gould was born in 1822 to unknown parents in Bucks County, PA. Indeed, very little is known of Gould’s life until his enrollment at the Institute for Colored Youth in 1854 at age 32. Gould was perhaps the oldest pupil at the Institute and enrolled so he could become a teacher. His demeanor as a student was listed as “good, though not brilliant.” Despite this less than ringing endorsement, Gould became one of four graduates from the Institute on May 4, 1858. Following graduation, Gould and his wife, Lucretia Gould, moved to the Fifth Ward of Trenton, NJ. Gould accepted a teaching position at an African-American school where he, according to the Board of Managers, taught “steadily with good success.” In addition, Gould was a founding member of the Alumni Association of the Institute for Colored Youth and served as a member of the executive council.

On June 4, 1864, Gould enlisted in the 45th United States Colored Troops. Gould was assigned to Company B of the 45th U.S. and trained at Camp William Penn outside of Philadelphia. The 45th U.S. saw limited action but was present at the fall of Petersburg and the Confederate surrender at Appomattox Court House. Gould achieved the rank of sergeant and was discharged on June 22, 1865. He returned to Trenton, NJ where he continued teaching and became active in civil rights agitation. In fact, Gould was elected Secretary and then President of the New Jersey Equal Rights League. As a part of Gould’s involvement with the Equal Rights League, he lectured throughout New Jersey. One such lecture was described by The Christian Recorder as,

Last evening Mr. Samuel G. Gould, President of the Equal Rights League of New Jersey, delivered a lecture in our church, concerning the Political Rights and necessities of our people, strongly urging them to action while the times are propitious, and while the public mind is awake, and pondering the question of the future condition of the colored people of the states. He urged the importance of unity of action, of striving to assist each other, of morality, education, wealth, and, above all, such a deportment in the ordinary walks of life as will constrain even our enemies to respect us. He was listened to with much attention throughout the hour and a half in which he spoke, by the most intelligent and persevering part of our population, and after the lecture they at once formed themselves into an Equal Rights League auxiliary to the State League.

The power of Gould’s talk caused the audience to form an Equal Rights League chapter in New Brunswick, NJ.

Gould remained in Trenton until around 1870 when he moved back to Philadelphia. Little is known of Gould’s final years except that he died on February 25, 1889 at age 67. Gould was buried at Jefferson Medical College. 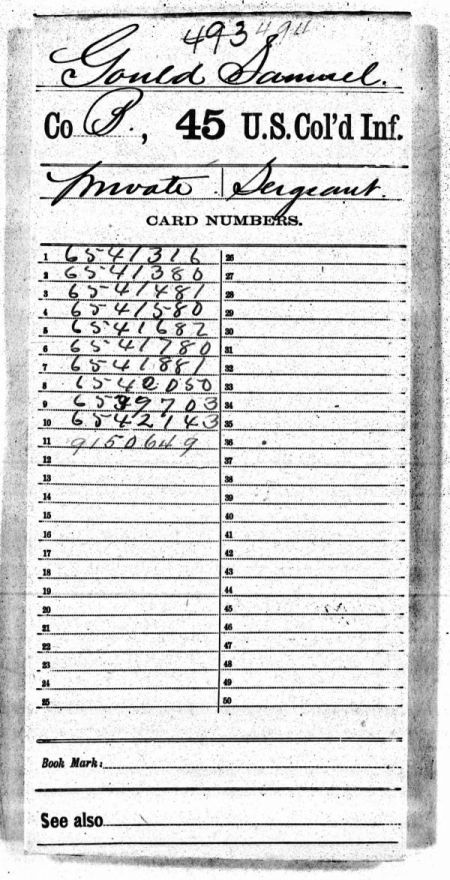