Like many of the early Institute graduates, while Cromwell is no longer a household name, he was well-known in the African American community during his life. In 1887, Revered William J. Simmons compiled Men of Mark, a collection of biographies of the black community’s most notable men, including Frederick Douglass, Crispus Attucks, William Still, Benjamin Banneker, and Henry Highland Garnet. Also among the list was John W. Cromwell, a man so intelligent that Simmons described him as “a walking English library and encyclopedia.” Indeed, in his collection of scholars, intellectuals, and leaders, the biographer remarked that “If you ask me for the best English scholar in the United States I would unhesitatingly refer you to John Wesley Cromwell, nor do I except any white man, woman, or child.”

John Wesley Cromwell graduated from the Institute for Colored Youth in 1864. With a score of 8.91/10 on his final examinations, he graduated second in his class of ten. He went on to become a teacher, lawyer, newspaperman, and leader of the African American community.

John Wesley Cromwell was born on September 5, 1846 in Portsmouth, Virginia, to Virginia slaves Willis and Elizabeth Cromwell, the youngest of twelve children. In 1851, Willis purchased his family’s freedom and moved to Philadelphia. After going to a public school, Cromwell enrolled at the Institute for Colored Youth Preparatory School in 1856, and graduated from the high school in 1864.

After graduating from the Institute, Cromwell found a job teaching in Columbia, Pennsylvania. In 1864-1865 he returned to Portsmouth to open a private school for freedchildren. He later found jobs teaching at other schools in Maryland and Virginia. In March 1866, his school in Maryland was burned to the ground, presumably by white supremacists.

After these teaching experiences, Cromwell tried his hand at the grocery business. While this was unsuccessful, his foray into politics proved better. He was involved in various Republican clubs, as well as the Union League Association. In 1867, he served as a delegate to Virginia’s first Republican Convention; he was also a clerk to the State’s Constitutional Convention the following year. Interestingly, Cromwell was a United States juror for the term in which Jefferson Davis was supposed to face trial.

Despite his previous difficulties, Cromwell never gave up on teaching. For the rest of his life, he taught for periods of time at different schools throughout Virginia and Washington, D.C.

In 1871, he enrolled at Howard University Law School, which he graduated in 1874. While in school he got a job in the Treasury Department, after besting more than two hundred applicants in a civil service examination. He was one of the first African American men in Washington to earn a high grade clerkship in the civil service.

Cromwell held government posts until 1885, after which he returned to teaching. In 1876 he began printing the People’s Advocate, a newspaper for which he served as editor for fourteen years.

Cromwell was active in the African American intellectual community of Virginia and Washington, D.C. In 1914, he published The Negro in American History, which sought to demonstrate the important role African American men and women had in the course of the nation’s history. One of the primary purposes of the book, Cromwell wrote in the Foreword, was to inspire African American children, to convince them that they were not condemned to an inferior place in society:

The rise to eminence of representative men and women in both Church and State, as educators, statesmen, artists, and men of affairs, will be cited for the emulation of our youth who are so liable from the scant mention of such men and women in the histories which they study and the books they read, to conclude that only the lowest and most menial avenues of service are open to them.

In addition to promoting African American accomplishment through writing, Cromwell helped organize the Negro Book Collectors Exchange, which sought to collect and promote books written by African Americans. He was also an active member of the Bethel Literary and Historical Association, president of the Virginia Educational Historical Association, and organizer and officer of the American Negro Academy.

Cromwell fought for the improvement of the position of African Americans in the United States for the rest of his life. In 1924 he published what was most likely his last essay, “The Challenge of the Disfranchised: A Plea for the Enforcement of the 15th Amendment,” with the American Negro Academy. In his essay, he criticizes the steady decline of black suffrage, especially in the South, and challenges the Federal Government to protect one of the fundamental rights of citizenship for African Americans:

The state has full control of the machinery of elections, and therefore, the enforcement of the suffrage should be in its power. In the last analysis the authority of the state can not be eliminated and should not be. The supreme sanction of the general Government guaranteeing impartial, equal enjoyment by the Negro in his franchise in all elections for the nation should be paramount.

Despite holding a series of jobs, it seems that Cromwell struggled with financial security for much of his life. He relied on his brother Levi, a businessman with no kids of his own who had remained in Philadelphia, for support. In 1872, Cromwell married Lucy A. McGuinn in Washington, D.C. They had seven kids (one died in infancy), but Lucy died in 1887. In 1892, he remarried to Annie E. Conn of Mechanicsburg, Pennsylvania, but did not have any more children. As a lifelong educator, school was an important part of the Cromwell household. Of his six children, four attended college. John Wesley Cromwell died on April 14, 1927. 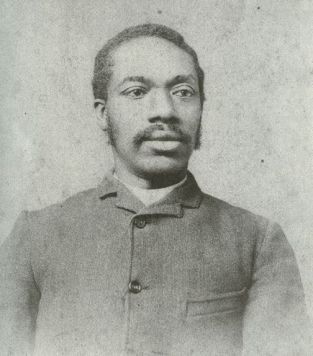