Like many of the early Institute graduates, while Smythe is no longer a household name, he was well-known in the African American community during his life. In 1887, Revered William J. Simmons compiled Men of Mark, a collection of biographies of the black community’s most notable men, including Frederick Douglass, Crispus Attucks, William Still, Benjamin Banneker, and Henry Highland Garnet. Also among the list was John H. Smythe, a man Simmons described as “one of those men reaching a high point in American history” and a man “worthy of emulation in many respects.”

Smythe was one of three men to graduate from the Institute for Colored Youth in 1862. He went on to hold a number of government positions, including time sent as an American official in Liberia.

John Henry Smythe was born on July 14, 1844, in Richmond, Virginia, to Sully and Ann Eliza Smythe. Though Sully was a slave, Eliza was a free African American woman, and thus John was born free. At a young age (sometime between 7 and 9) he was sent to Philadelphia to receive an education. After attending both public and private grammar schools, he became the first African American student admitted to the Academy of Fine Arts in Philadelphia. Smythe then attended the Institute for Colored Youth. After graduating he taught for few years before travelling to England to pursue his interest in acting, though this proved unsuccessful.

After returning from England, Smythe worked at manual labor, and also taught in Wilkes Barre, Pennsylvania. In 1869, he moved to Washington, D.C. and enrolled in Howard University Law School, from which he graduated in 1870. During and after his time in school he held a series of government jobs, including a clerk in the Bureau of Refugees, Freedmen and Abandoned Lands, a clerk in the census office, an agent for the Treasury Department, and a clerk for the Freedmen’s Bank.

His work with the Freedmen’s Bank brought him to Wilmington, North Carolina. After the bank’s failure he remained in North Carolina practicing law. He even served in the state’s third State Constitutional Convention. In 1878, on the recommendation of several men including Frederick Douglass, Smythe was appointed by President Rutherford Hayes as Minister Resident and Consul General to Liberia. After being recalled by President James Garfield, he was reappointed by President Chester A. Arthur. Smythe remained in Liberia until 1885. For his efforts he was awarded an honorary law degree from Liberia College, among other accolades. According to historian Walter Williams, Smythe’s time in Liberia influenced his thinking about race and ethnicity, and turned him into an early Pan-Africanist. He held Africa and its people in high regard, and believed that African Americans needed to embrace their African heritage rather than the culture of Western Europeans. Perhaps influenced by his experiences as a Freedman’s Bureau agent in the Reconstruction South, Smythe also embraced black emigration to Africa as a more promising place for their hard work to result in prosperity and independence. After returning to the United States, at the 1895 Cotton States Exposition (the same place Booker T. Washington gave his Atlanta Compromise Speech), Smythe spoke on “The African in Africa and the African in America.” In his speech he urged blacks in America to recognize their bond with Africans, and to learn as much as they could about Africa.

Upon his return to the United States, Smythe practiced law and real estate in the Washington, D.C. area. But he soon turned his attention to reform efforts. In 1892 he became the editor of The Reformer, an African American newspaper in Richmond. In May 1898 he attended the National Conference of Charities and Correction in New York City, and spoke on “negro delinquent children of Virginia.” In his address, he criticized the state’s policy of housing black children convicted of petty crimes with hardened criminals. The result of this policy, he claimed, was that these boys, rather than learn their lesson through punishment, were only made into criminals themselves: “The boyhood and youths are made criminal by means designed for punishment of wrongdoing, but which are destructive agencies of the morals of a large class of the race.”

But Smyth offered a solution to this problem. In his address he announced that in 1897 he had organized “a few earnest negro men, moved by humane and Christian sentiments,” to form the Negro Reformatory Association of Virginia. As President of the Association, Smyth oversaw the creation of the Virginia Manual Labor School in Hanover. The goal of the school was to be an alternative to prison for African American children convicted of petty crimes. According to his Annual Report, Smythe’s vision was to establish an institution where black children could learn skills or trades to help them avoid lives of crime:

The school is intended to be a reformatory, in which reading, writing and arithmetic, farming, carpentry, blacksmithing and brickmaking are to be taught the boys; gardening, dairy work and house work to be taught the girls; and Christian training of a non-sectarian character to be given all the inmates.

By 1903, the school was housing an average of twenty-five boys per month. Funding for the school came from the state as well as from private donors, most notably railroad entrepreneur Collis P. Huntington. The farm produce from the school also supplemented its income. Smythe served as President of the Negro Reformatory Association of Virginia until his death in 1908. The Manual School was eventually taken over by the state. Today, the John H. Smyth High School is part of the Hanover Juvenile Correctional Facility.

John married Fannie E. Shippen in 1870. They had two kids, John Arthur Sully and Clara Hortense. John Henry Smythe died on September 5, 1908 in Richmond, Virginia, and was buried on September 8 in Washington, D.C.

Rev. William J. Simmons, Men of Mark: Eminent, Progressive, and Rising, Cleveland, Geo. M. Rewell & Co., 1887, 872-877; Fanny Jackson Coppin, Reminiscences of School Life, and Hints on Teaching, 1913, 158-159, http://docsouth.unc.edu/neh/jacksonc/jackson.html; Objects of the Institute for Colored Youth, with a list of the officers and students, and the annual report of the Board of Managers, for the year 1862, Philadelphia, 1862; The National Cyclopaedia of American Biography, Volume XII, New York, Kames T. White & Company, 1904, 526-527, https://archive.org/details/nationalcyclopae12derbuoft; Walter L. Williams, “Nineteenth Century Pan-Africanist: John Henry Smyth, United States Minister to Liberia, 1878-1885,” The Journal of Negro History, 63.1 (Jan., 1978), 18-25; Isabel C. Barrows, ed., Proceedings of the National Conference of Charities and Correction at the Twenty-Fifth Annual Session Held in the City of New York, May 18-25, 1898, Boston, Geo. H. Ellis, 1899, 470-473, https://archive.org/details/proceedingsnati11sessgoog; Sixth Annual Report of the Bureau of Labor and Industrial Statistics for the State of Virginia, 1903, Richmond, 1903, 358-359, http://books.google.com/books?id=Pug9AQAAMAAJ&source=gbs_navlinks_s; Annual Reports of Officers, Boards, and Institutions of the Commonwealth of Virginia, for the Year Ending September 30, 1899, Richmond, 1899, 358-359, http://books.google.com/books?id=LiFNAAAAMAAJ&source=gbs_navlinks_s; “John Henry Smyth,” Death Certificate, September 5, 1908, District of Columbia, Select Deaths and Burials, 1840-1964, Ancestry.com. 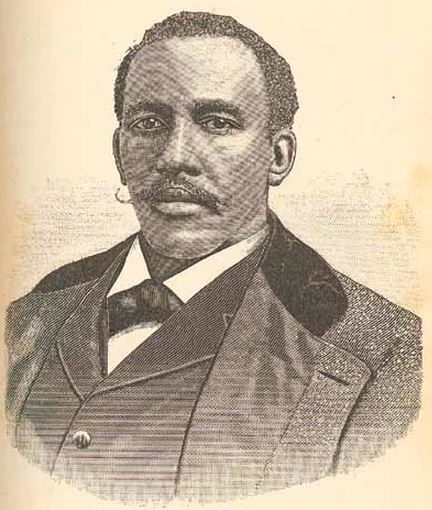