When I came to the School, the Principal of the Institute was Ebenezer D. Bassett, who for fourteen years had charge of the work. He was a graduate of the State Normal School of Connecticut, and was a man of unusual natural and acquired ability, and an accurate and ripe scholar; and, withal, a man of great modesty of character. Many are the reminiscences he used to give of the visits of interested persons to the school: among these was a man who had written a book to prove that the Negro was not a man. And, having heard of the wonderful achievements of this Negro school, he determined to come and see for himself what was being accomplished. He brought a friend with him, better versed in algebra than himself, and asked Mr. Bassett to bring out his highest class. There was in the class at that time Jesse Glasgow, a very black boy. All he asked was a chance. Just as fast as they gave the problems, Jesse put them on the board with the greatest ease. This decided the fate of the book, then in manuscript form, which, so far as we know, was never published.

-  Fanny Jackson-Coppin,
Reminiscences of School Life, and Hints on Teaching, 1913

As the first graduate of the Institute for Colored Youth in 1856, Jesse Ewing Glasgow, Jr. was also the first tasked with demonstrating the academic abilities of the school’s students. Stories such as the one passed from Ebenezer Bassett to Fanny Jackson-Coppin about Glasgow demonstrating his prowess in mathematics suggest that he was more than up to the challenge. Despite a life cut short by illness, Jesse Glasgow became a leading exemplar of the intellectual capabilities of both the Institute students and the African American community as a whole.

Jesse Glasgow, Jr. was born sometime around 1837, most likely in Philadelphia. His father, Jesse Glasgow, a whitewasher by trade, was active in the city’s African American community (his signature, for example, appears at the bottom of the famous “Men of Color, To Arms! Now or Never!” broadside). At age 14, Glasgow enrolled in the Institute for Colored Youth upon its opening in 1852.

By all accounts, including the story quoted above, Glasgow excelled at the Institute. In their Annual Reports the Board of Managers described his academic performance as “good always.” After completing the full course, he became the Institute’s first graduate on October 24, 1856.

After graduating from the Institute, Glasgow continued his studies abroad. He had been accepted into the prestigious University of Edinburgh in Scotland. Several managers assisted in paying for his trip across the Atlantic, as well as for his tuition. Not surprisingly, Glasgow continue to excel academically at Edinburgh. He won prize after prize for his performance in his classes, prompting the Board of Managers back in Philadelphia to report proudly that their former student was “Pursuing studies at Edinburg, Scotland, with great success.”

While in Scotland he maintained an active, though not physical, presence in the African American community back home. He was a corresponding member of Philadelphia’s Banneker Institute, an African American intellectual organization for which fellow graduates Jacob C. White, Jr. and Octavius V. Catto served as leading members. In 1859, following John Brown’s unsuccessful raid on Harper’s Ferry, Virginia, Glasgow published an account of the event for his Scottish audience. The forty-seven page pamphlet was titled The Harpers Ferry Insurrection: Being an Account of the Late Outbreak in Virginia, and of the Trial and Execution of Captain John Brown, Its Hero. In his work, Glasgow was sympathetic to Brown’s raid, and encouraged readers to support abolition efforts in the United States such as the Underground Railroad.

On December 20, 1860, Glasgow was nearly finished his course of study at Edinburgh when he died of illness. When the news of his premature death reached Philadelphia, his friends, including the Institute for Colored Youth’s Board of Managers and the members of the Banneker Institute, issued statements of sorrow over the loss. Resolutions adopted by the Banneker Institute appeared in The Christian Recorder. While the members lamented the loss of their friend and colleague, they also commented on how important Glasgow’s academic achievements were to bettering the position of the African American community in the United States. In a similar fashion, another writer to The Christian Recorder proudly commented that during a time when African Americans suffered from a position of inferiority in the United States, Jesse Glasgow was a young man “capable of making strides in learning that excited the envy of his white-skinned fellows.” His achievements at the Institute for Colored Youth and the University of Edinburgh embodied one of the primary principles of the Institute’s Quaker Board of Managers: that given the opportunity, African Americans could demonstrate intellectual equality with whites. 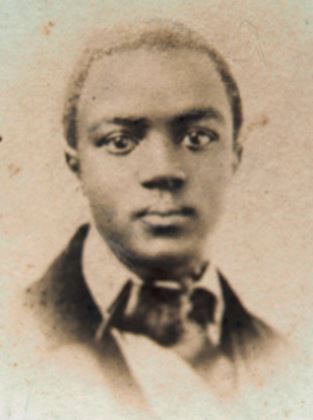