James Miller Baxter, Jr. was born in 1845 to James Baxter and Elizabeth Baxter. According to an early biography of Baxter, his family was a part of the small African-American “middle class.” Baxter enrolled at the Institute for Colored Youth in 1861 at age 16 where he was an outstanding student. It seems as though Baxter was promoted to the Junior Class following his first year and received “honorable mention” for his studies. In May 1864, Baxter was one of ten graduates from the Institute for Colored Youth after scoring 8.24/10 on the final examination. Following graduation, Baxter was elected as an officer of the Frederick Douglass Lyceum, an African-American literary and debate society.

On October 24, 1864, Baxter accepted a teaching position at the State Street Public School in Newark, NJ. Two months later, Baxter was promoted to Principal at age 19. Baxter became so synonymous with the school that it came to be known as “Mr. Baxter’s School.” As principal, Baxter restructured the school’s curriculum making it more rigorous and upgraded the school building. In 1869, he opened a night school so older, employed African-Americans could be educated. Indeed, Fanny Jackson Coppin described Baxter as having, “developed the school, and it became a very large one, ranking with the best in that city….he kept pace with all the modern systems of teaching and was rated by the educational authorities as a teacher of rare value.” Despite his efforts, Baxter was affected by racism and segregation implicit in the Newark Public School system. For instance, he earned a salary of $57.60 while white teachers earned a salary of $117.44. In 1872, Baxter helped to desegregate Newark High School when his student Irene Pataquam Mulford became the first African-American to enroll at the school. Baxter retired on July 1, 1909 after 45 years at the State Street School. His retirement forced Newark schools to desegregate since the State Street School, the only African-American school Newark, had to close. In addition, at the time of his retirement, Baxter was considered the “Dean” of Newark principals.

In 1877, Baxter married Pauline L. Baxter and the couple had five children, Elizabeth Baxter (b.1878), James L. Baxter (b. 1881), George Baxter (b. 1883), Louis Baxter (b. 1885), and Earnest Baxter (b. 1889). Baxter and his family lived in the 4th Ward of Newark, but kept connections in the Philadelphia area. For example, Baxter donated to the Social, Civil and Statistical Association of the Colored People of Pennsylvania. Baxter’s children went on to become professionals with one daughter serving as a teacher to African-Americans and another as a dentist. On December 28, 1909, Baxter died at age 64. One of Newark’s first public housing projects was named in his honor and stood until 2012. Today, an apartment complex named Baxter Park has taken its place. 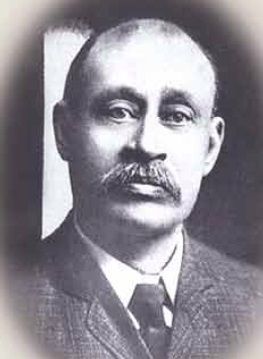