FALVEY MEMORIAL LIBRARY
Home Search Guides Help
You are exploring:  Library  >
Exhibits Home  >
A Great Thing for our People: The Institute for Colored Youth in the Civil War Era  >
Graduates  >
Cordelia A. Jennings

Cordelia A. Jennings was born in New York to William Jennings, owner of a men’s furnishing store, and Mary MacFarland Jennings, a homemaker. Born in 1843, Jennings had two siblings, Caroline Jennings (b. 1845) and George Mifflin Jennings as well as a stepbrother, William M. Jennings, Jr. (b. 1848). In 1856, Jennings enrolled at the Institute for Colored Youth at age 13. Jennings was an exceptional student who won a prize for “study and conduct” in 1859 and a $15 prize for Latin in 1860. On October 15, 1860, Jennings was one of three students to graduate from the Institute. Following graduation, Jennings opened her own school in her mother’s home at 10th St. and South St. in the Pine Ward of Philadelphia. Jennings’ school quickly became popular and attached thirty African-American students. As a result, Jennings hired three teachers including Institute graduates, Caroline LeCount (Class of 1863) and Mary V. Brown (Class of 1864). Jennings was named principal of the school when it was incorporated into the Philadelphia Public School system in 1864. After gaining recognition from the school board, Jennings moved the school to Ohio Street where it was renamed the Ohio Street Unclassified School. The Ohio Street Unclassified School was prominent within Philadelphia’s African-American community. In fact, the Institute’s 1865 Board of Manager’s report commended Jennings and her school for having “colored teachers teaching colored students.” In 1867, Jennings resigned her position as principal and Caroline LeCount was chosen as her replacement.

In February 1867, Jennings moved to Louisville, KY to become the principal of a Freedmen’s school. The Christian Recorder described Jennings’ appointment as principal as, “this person spoken of in the above extract is Miss Cordelia Jennings, who would not have been appointed to her present position if she did not possess moral worth, education and refinement. According to our American idea, these qualifications in a female constitute her a lady.” The school in Louisville was founded by Joseph Sandiford Atwell, the first African-American deacon of Kentucky’s Episcopal Church. Jennings and Atwell would marry on October 29, 1867 and had four children, Joseph Jennings Atwell (b. 1868), Marion L. Atwell (b. 1870), Robert Malcom Atwell (b. 1873), and Earnest Atwell (b. 1878).

In 1868, Jennings moved to Petersburg, VA where her husband was appointed the first African-American Episcopal deacon of Virginia. Jennings continued teaching in Petersburg and opened a successful Freedmen’s school. She described her educational endeavors as, “Education is a reality with the freedman now, a fixed fact. We have no quaint or rapturous expressions of thanksgiving or wonder to narrate, as when schools were first opened, and we introduced books with their mysteries. Schools are a system; we have classes like those in other regulated institutions.” In 1873, Jennings moved to Savannah, GA after her husband was appointed minister of St. Stephen’s Episcopal Church. After a two year stint in Savannah, Jennings moved to New York City in 1875 when Atwell was appointed rector of the oldest African-American Episcopal Church in the United States. While in New York, Jennings opened a school for African-Americans in Harlem.

Joseph S. Atwell died on October 1, 1881. Following Atwell’s death, Jennings historical record goes quiet until 1910 when she was listed as living in Macon, AL. Jennings presumably continued teaching until her death on September 29, 1921 at age 78. Jennings died in Philadelphia, but was buried in New York. 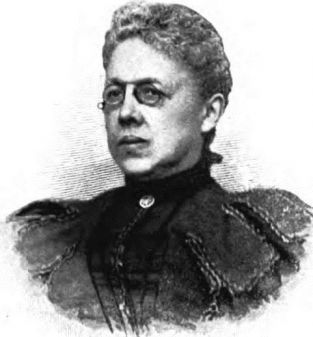