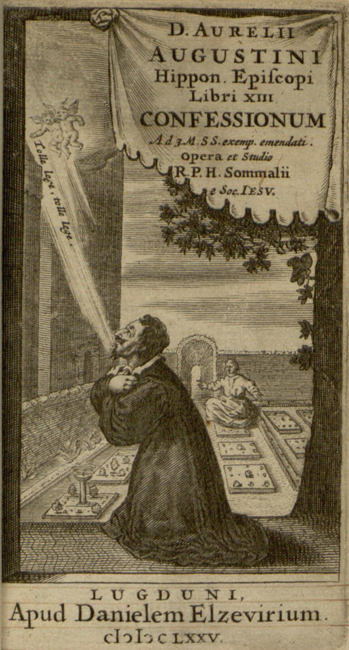 A precise date for the writing of the Confessions (Latin: Confessiones) is unknown, but Augustine most likely worked on this narrative sometime between 397 and 401, shortly after his consecration as Bishop of Hippo. Augustine's purpose in recording his Confessions is also uncertain with various theories in circulation.

The nature and themes of the Confessions are also topics on which opinions vary. Although Augustine does describe selected autobiographical experiences, he also discusses at length non-biographical subjects. For this reason, the Confessions is not an autobiography in the modern sense. Scholars also disagree about the unifying theme of the Confessions. Some contend that there are two distinct parts to the work (pre- and post-conversion) while others argue for a three-part reading. There are many other possible ways of reading the work with regard to organization and theme.

Regardless of these scholarly debates, the impact of his work on the Western Christian world is undisputed. Confessions is considered to be a masterpiece on many levels. In the 20th and 21st centuries, Augustine's Confessions still draws attention from scholars of many disciplines, including theology, history, philosophy, psychology, and philology.

This is only a brief overview of The Confessions to add a bit of context for this exhibit. For more information, see below.