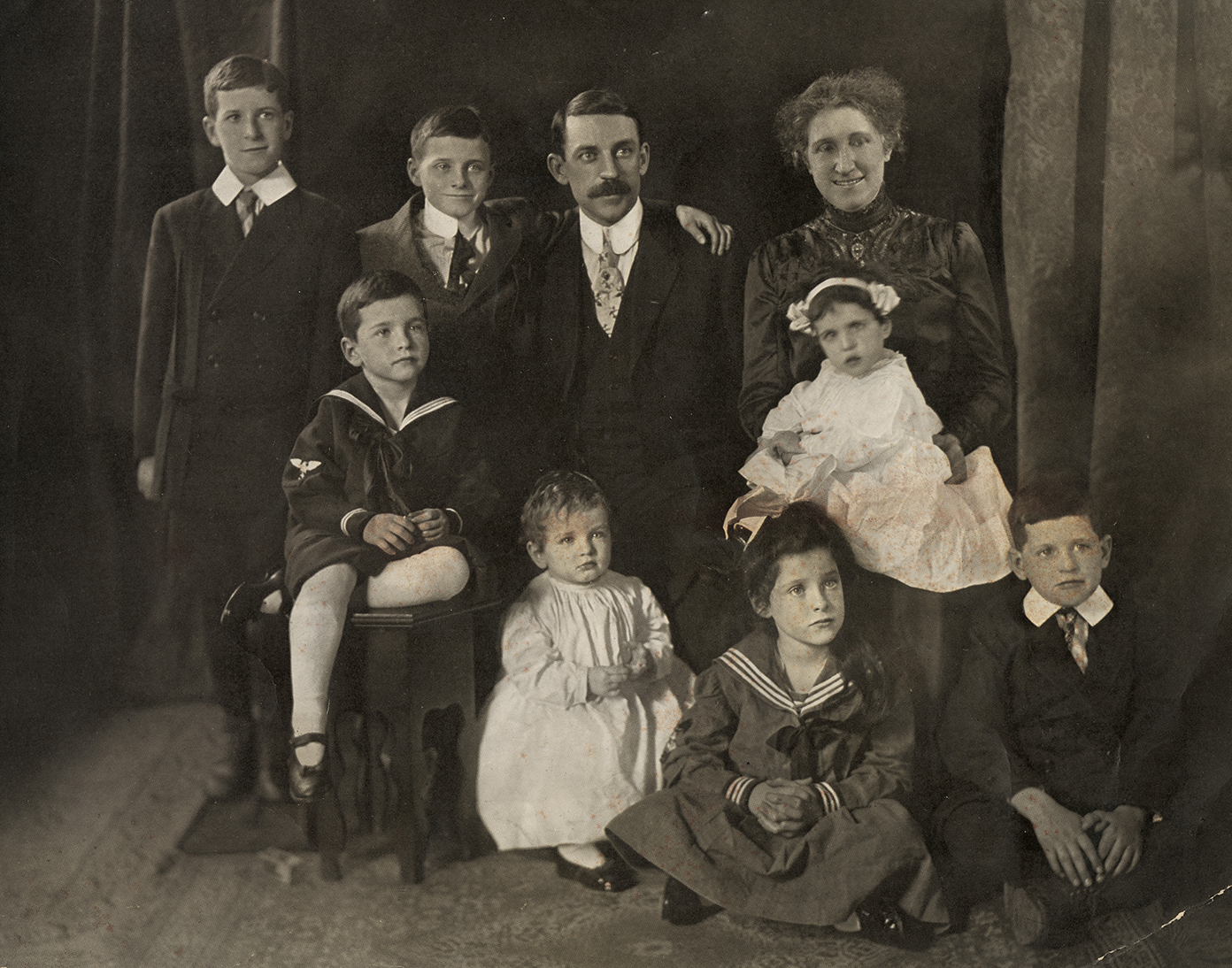 Thomas Augustine Daly, more commonly known as T. A. Daly or Tom Daly, was born in Philadelphia to Irish-Catholic parents, John Anthony and Anne Victoria Duckett Daly. His mother died when he was five years old and, after living with his aunt for a few years, he was sent to attend Villanova College from 1880-1887, entering in the preparatory school at age nine. He then transferred to Fordham University for two years but left without graduating on account of his father’s illness.

Back in Philadelphia, he found a job as a clerk and then a cub reporter for the Philadelphia Record beginning in 1891. In 1898 he was hired as a business manager for the Catholic Standard and Times and aided in its growth into one of the most successful Catholic weekly newspapers in the United States. Here he also built a reputation for himself as a popular columnist and humorist. By 1903, he had begun a daily department of jokes for both the Philadelphia Press and the Philadelphia Ledger.

After departing the Standard and Times as General Manager in 1915, Daly continued with a column in the Philadelphia Evening Ledger from 1915 to 1918 and again with the Record from 1918 to 1924. His column, "Rhymes and Ripples" appeared in the Evening Bulletin from 1929 until his death in 1948.

Alongside a prolific career as a newspaperman, Daly authored many books of poetry and prose, beginning with Canzoni in 1906. As the title suggests, Canzoni is a collection of poems and light verse –  or “songs” – mostly in a broken English of Italian-American dialect. The volume also contains verse in Irish-American and African-American dialects, as well as “straight” English. Much of the material had already appeared in newspapers, and the published collection was a large success that Daly repeated in several volumes to follow: notably with Carmina (1909), Madrigali (1912), McAroni Ballads and Other Verses (1919), and McAroni Medleys (1932).

Daly related the origin of his popular dialect poetry to the Villanovan (January 10, 1939): “At the American Press Humorists' Convention […] at the [1904] St. Louis World's Fair, I was called on to give a speech and the only thing I could think of was an old Italian baseball story I had told before. It made a hit, and I had to tell it everywhere I went. I grew tired of it so after a while I began to write ballads on it. I had worked among Italians for a long time as a reporter, and I knew their dialect pretty well."

His volumes of verse sold widely, reaching numerous editions. He also booked many engagements as a humorous lecturer and after-dinner speaker. Daly was elected to serve as president of the American Press Humorists in 1906 and 1907. And despite not finishing his college education, he was later recognized with several honorary degrees. Fordham University granted Daly an honorary M.A. in 1901 and a Doctor of Literature in 1910. Both the University of Notre Dame in 1917, and Boston College in 1921, awarded him with honorary degrees of Doctor of Laws.

He married Ann “Nannie” Barrett in 1896, and they eventually established their home at 4939 (and then later moved to 4937) Rubicam Street in Germantown where they raised eight children. She is the “herself” to whom several titles are dedicated, and the loving subject of the biographical Herself and the Houseful: Being the Middling-Mirthful Story of a Middle-Class American Family of More Than Middle Size (1924). As noted on the book’s dust jacket, his final collection of published poems, Late Lark Singing (1946), was completed on the occasion of their golden wedding anniversary. He died two years later on October 4, 1948 and is buried in Philadelphia's Cathedral Cemetery.

-- Rubicam Road, Frontispiece to McAroni Ballads and Other Verses (1919). Illustration by Herbert Pullinger. An illustration accompanying a poem of the same name depicting the family's home on the edge of Wister Woods in the Germantown section of Philadelphia, Pa.

-- Feeding the Animals, illustration p. 101, Herself and the Houseful: Being the Middling-Mirthful Story of a Middle-Class Family of More Than Middle Size (1925). Illustration by John Daly, second eldest son of T.A. Daly.

- Daly, Thomas Augustine. Herself and the Houseful: Being the Middling-Mirthful Story of a Middle-Class American Family of More Than Middle Size. New York: Harcourt, Brace and company, 1924. Digital Library@Villanova University.