Quicker transportation options such as trains and automobiles as well as labor reforms that included standardized hours and the start of paid vacation leave for at least some types of employees, meant that the late 19th and early 20th centuries saw more people traveling further for leisure. Before widespread access to cameras, travelers were able to purchase illustrated postcards or sets of photographs as mementos of their trips. As more and more people were able to afford cameras, they were able to document the places they traveled for themselves. 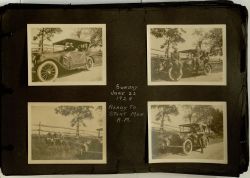 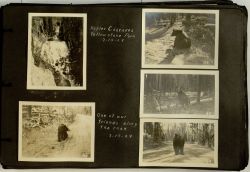 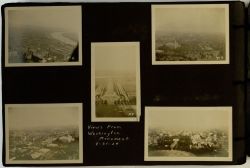 Photograph Album Documenting a Road Trip Across America in 1924.

Three or perhaps four young men departed Pennsylvania in June 1924 and traveled via automobile to California and back. They took many photos along the way, documenting an early stage in the history of road trips.

View the Road Trip album in the Digital Library. 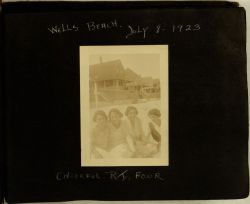 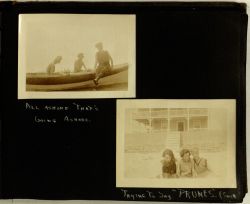 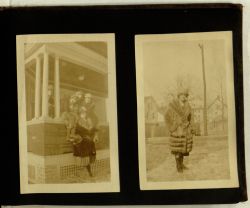 Aptly self-named the "Cheerful R.I. Four," friends Anna Carignan, Yvonne de Nevers, Eva Berard, and Anitha Dube of North Smithfield, Rhode Island, commemorated their "famous trip" to places in Maine and New Hampshire in the first half of the album, followed by photos of their other friends and family, presumably mostly in and around their Rhode Island homes.

View the Cheerful album in the Digital Library. 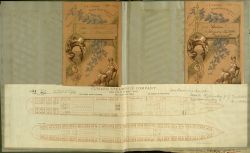 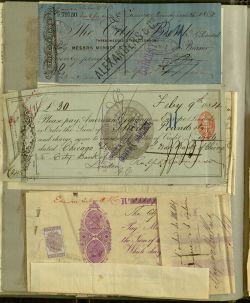 This album documents the European travels of a Mr. Ralph Emerson in 1883-1884. Includes financial documents, shipboard ephemera from the Cunard Line and White Star Line, and maps and ephemera from European cities including London, Paris, Strasbourg, Florence, Milan, and Venice.

View the Emerson album in the Digital Library. 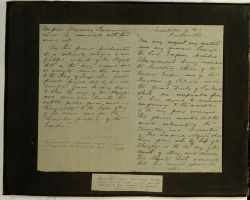 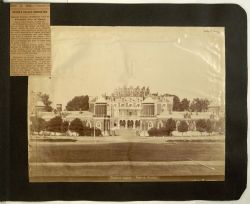 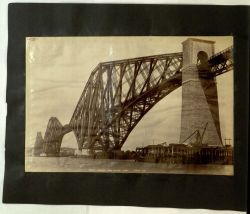 Emily Warren Roebling collected many photographs during her trip to Moscow in May 1896 to attend the coronation of Tsar Nicholas II and a subsequent tour of several European cities. The photos largely feature architectural views and bridges, the latter of interest since Roebling had overseen the completion of the Brooklyn Bridge (from 1870 to 1883) after her husband became ill, managing the site and relaying messages from her husband’s sickbed.

View the Roebling album in the Digital Library.

Clifford M. Miller drove to the top of Pike’s Peak in 1926 along the Pikes Peak Auto Highway, taking photos along the way. At the beginning of the album, Miller pasted in a "souvenir ticket ... to be retained by passenger as evidence of having made this trip."

View the Pike's Peak album in the Digital Library.