With the Northwest Passage mostly charted, attentions turned to reaching the North Pole. New records for "Farthest North" were set and surpassed several times in the late nineteenth century. The first undisputed expedition to reach the North Pole was the Amundsen-Ellsworth 1926 Transpolar Flight. Three prior expeditions – led by Frederick Cook (1908, land), Robert Peary (1909, land) and Richard E. Byrd (1926, aerial) – were once also accepted as having reached the Pole, however, each claim has since been overturned or doubted based on later analysis of expedition data.

Hayes, Isaac Israel. The Open Polar Sea: A Narrative of a Voyage of Discovery Towards the North Pole, in the Schooner “United States.” London: Sampson Low, Son, and Marston, 1867.

Hayes was born in Chester County, Pennsylvania, and first journeyed to the Arctic as ship's surgeon for the Second Grinnell Expedition (1853–1855) in search of Franklin’s lost ships, led by Philadelphian Elisha Kent Kane. In 1860 Hayes led his own expedition, intent on reaching the North Pole and sailing the fabled Open Polar Sea. This popular theory that an ice-free, temperate sea surrounded the North Pole was eventually disproved. 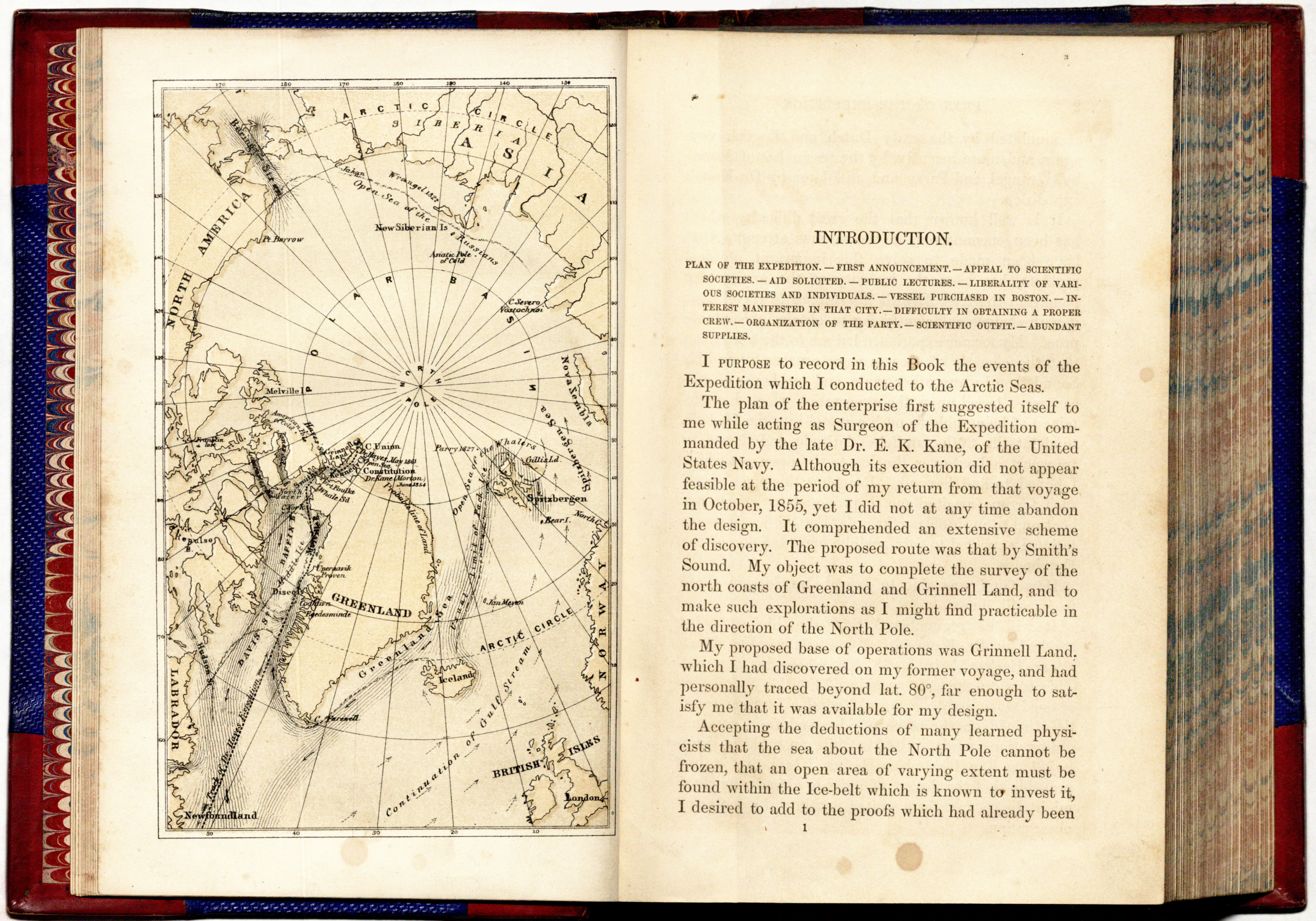 Nansen, Fridtjof, and Otto Neumann Sverdrup. Fridtjof Nansen's "Farthest North": Being the Record of a Voyage of Exploration of the Ship Fram 1893-96 and of a Fifteen Months' Sleigh Journey By Dr. Nansen and Lieut. Johansen. London: George Newnes, 1898.
(From the Art Curiosa Collection.)

Nansen’s popular narrative of his Fram expedition was first published in 1896 in his native language, Norwegian. He later separately published six volumes of scientific observations. This serialized English edition, issued in twenty parts, advertised itself as “a two-guinea work for ten shillings.” Readers could also purchase the publisher’s binding cases to preserve the issues as a two-volume set.

When Robert E. Peary announced that he had reached the North Pole on April 6, 1909 he learned that another American, Dr. Frederick A. Cook had announced a week earlier that he had reached the pole a year prior in 1908. A congressional inquiry and the National Geographic Society upheld Peary’s claim, and he was credited as the first white man to reach the Pole for much of the twentieth century, though Cook continued to promote his claim as well. Both claims have since been subject to doubt and controversy. With Peary at the pole were Matthew Henson and four Inuit: Ootah, Egigingwah, Seegloo, and Ooqueah. 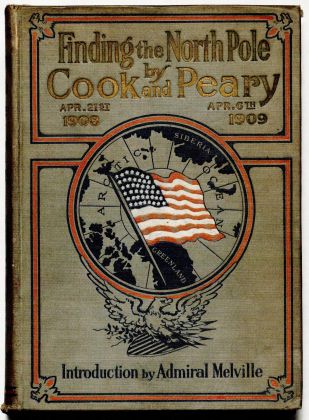 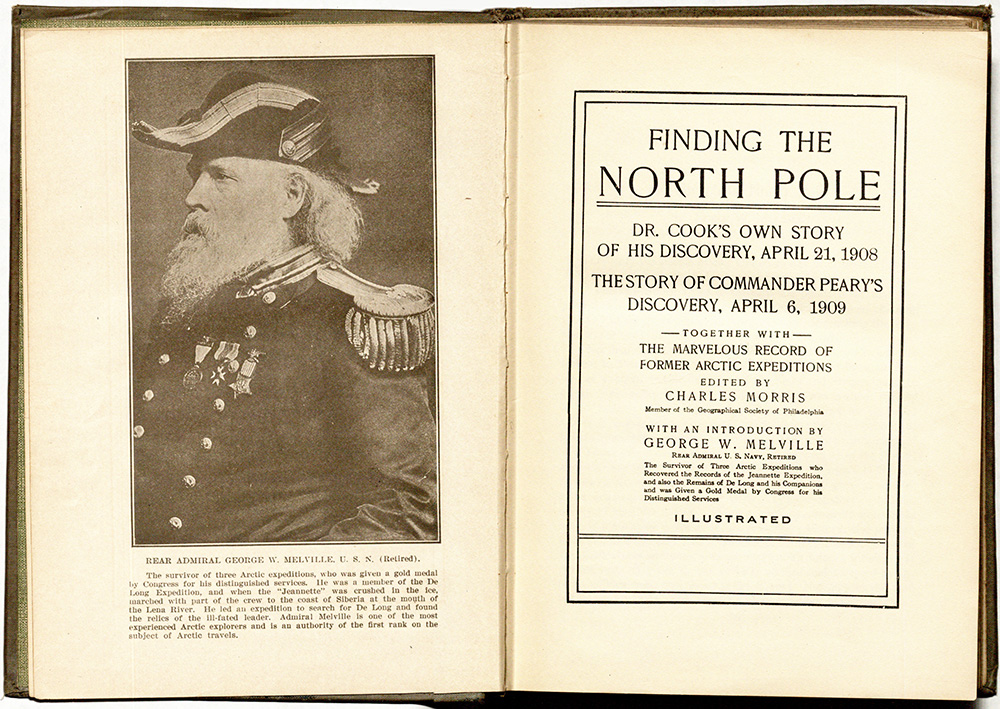 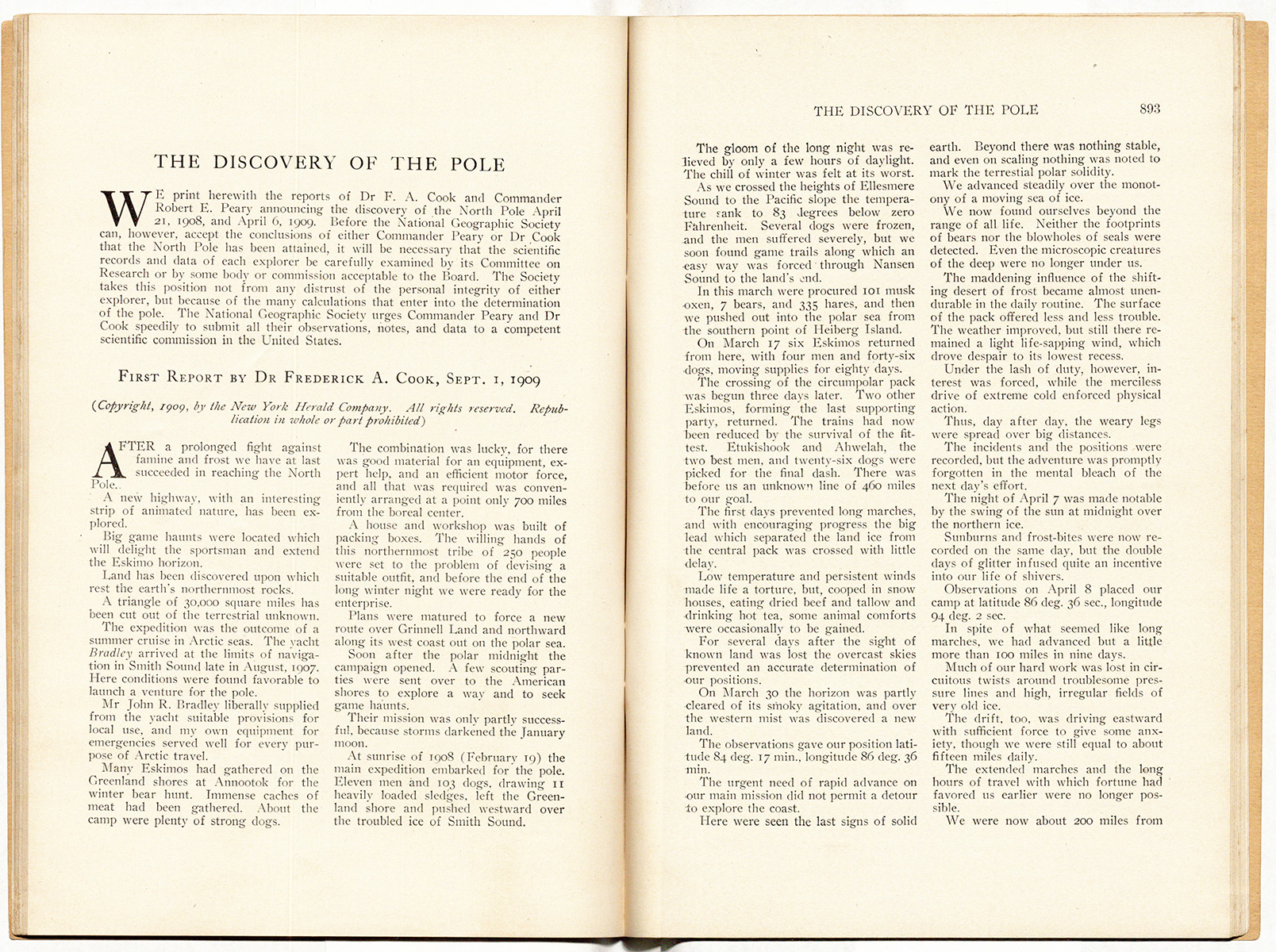 In 1912, Henson published his account of the 1909 expedition to the North Pole with Peary and gave lectures throughout the country. Compared to Peary, however, he received relatively little immediate recognition. Only later in life and posthumously did Henson receive honors: the prestigious Explorers Club finally admitted him as a member in 1937 and Congress awarded him the Peary Polar Expedition Medal in 1944. In 1988 the remains of Henson and his wife were reinterred at Arlington National Cemetery with full military honors. In September 2021 the International Astronomical Union accepted NASA’s proposal to name a lunar crater on the Moon’s south pole after Henson. 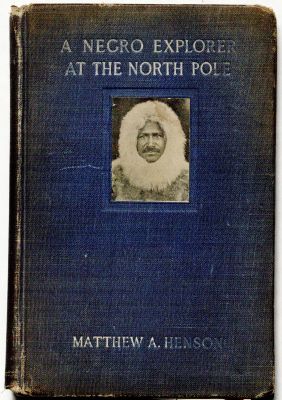 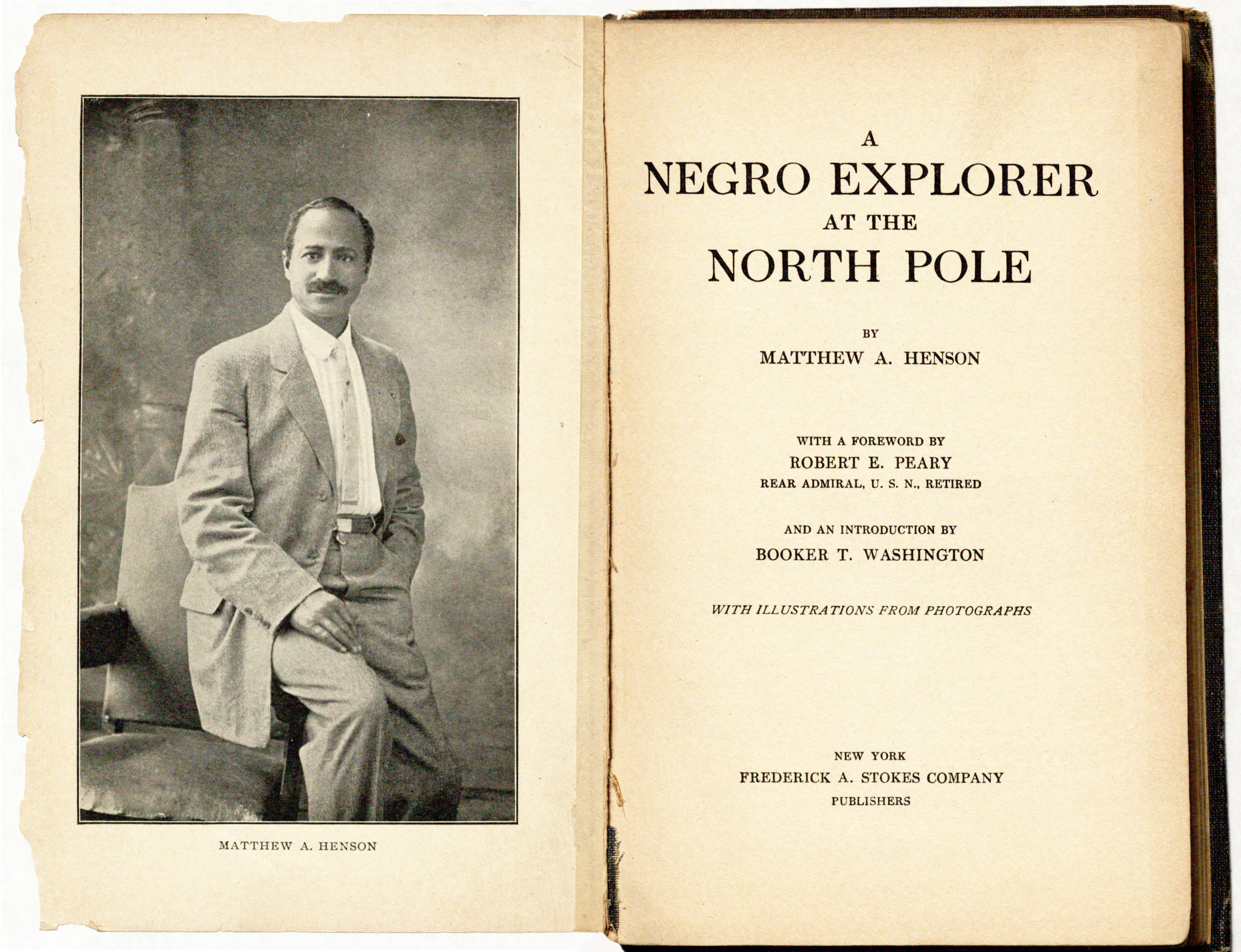 Marie Ahnighito Peary was born in Northwest Greenland on September 12, 1893, to Robert E. Peary and his wife, Josephine Diebitsch Peary. Their daughter became known world-wide as the "Snow Baby." Her middle name honored the Inuit woman who made Marie’s first fur suit. This popular children’s book with large print and many pictures was written “by the Snow Baby and her Mother.” 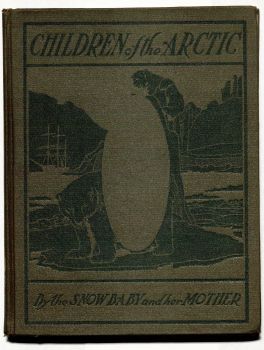 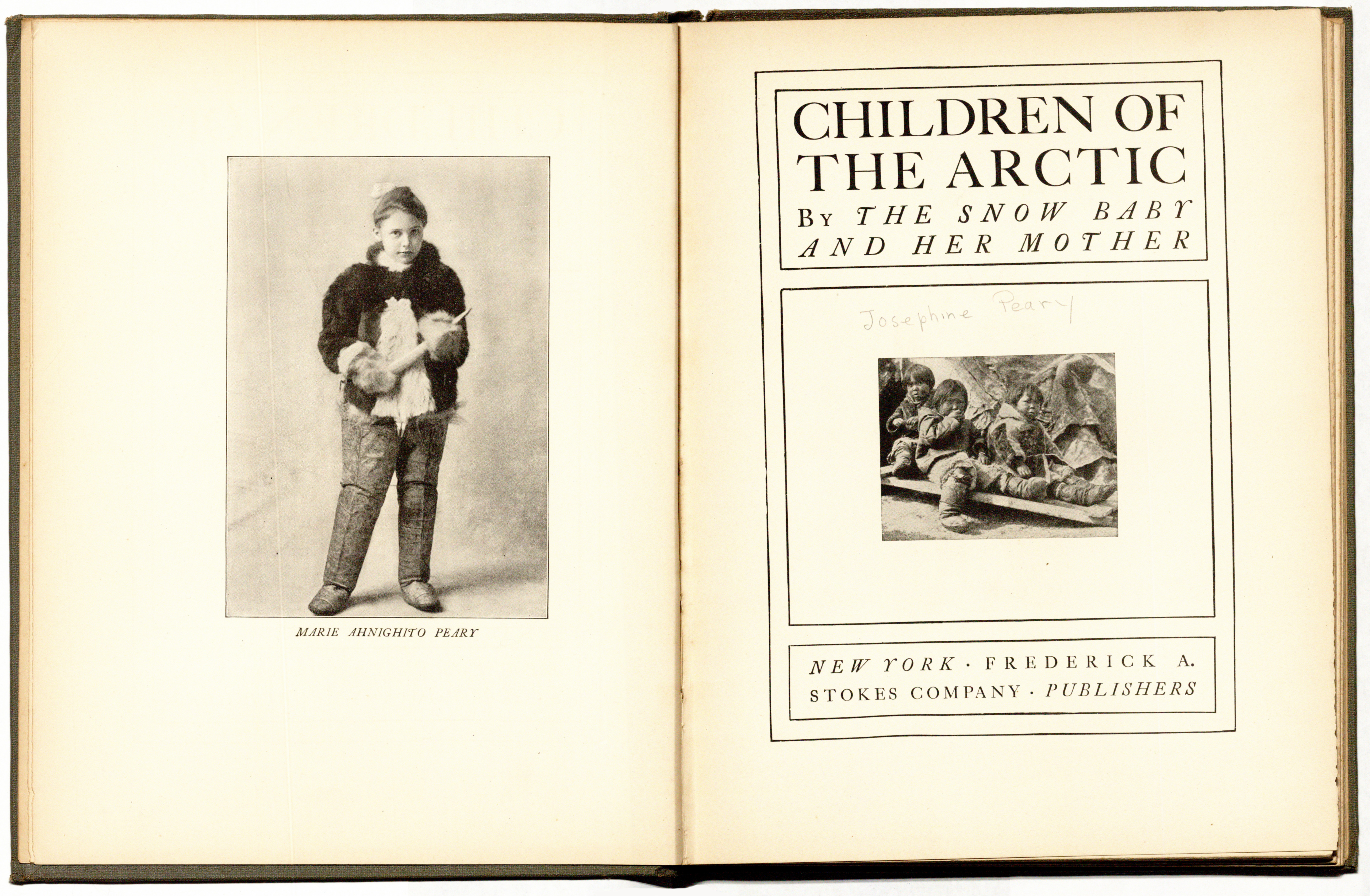 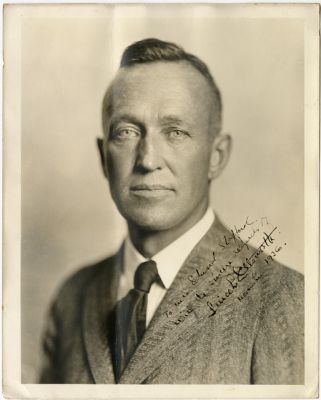 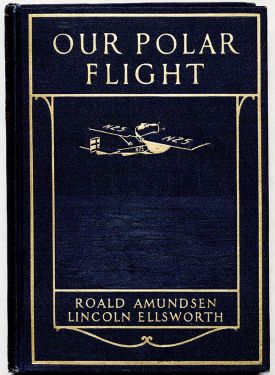 This book documents the 1925 attempt by Amundsen, Ellsworth (who also supplied the major funding), and four others to fly to the North Pole in two aircrafts. This copy is notable for containing both Amundsen and Ellsworth’s signatures (the latter pasted in), as well as an attached envelope of newspaper clippings pertaining to Amundsen’s disappearance. In June 1928, while taking part in a rescue mission for the airship Italia, Amundsen and his plane disappeared, never to be found. By adding scraps and clippings to the published account, the book owners contribute their own memories, enhancing the meaning of the object beyond its original issue. 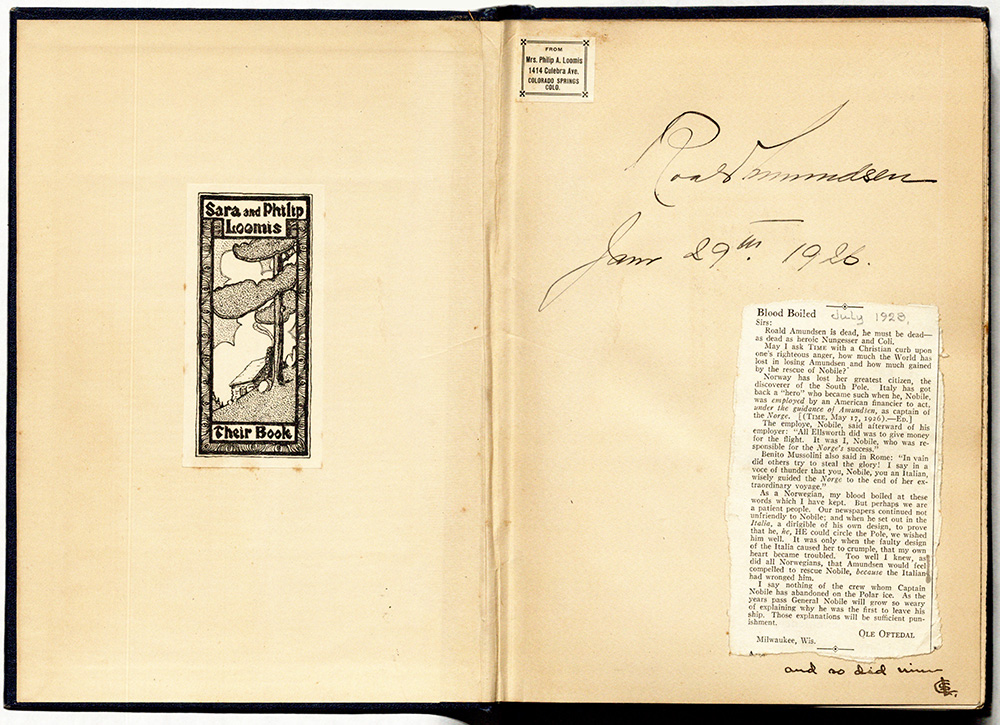 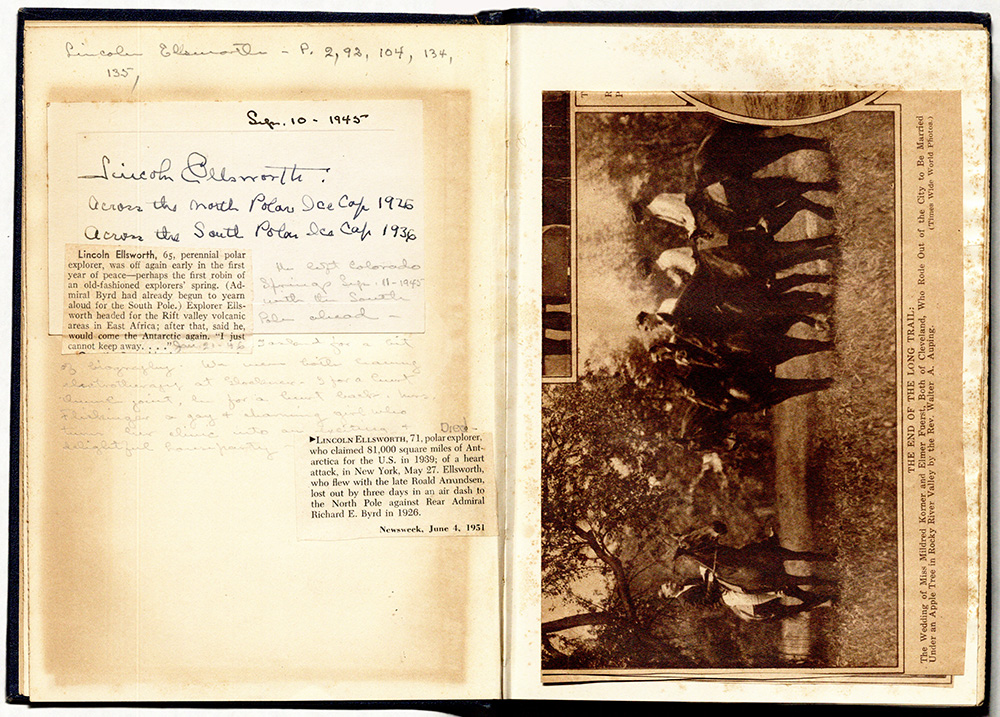 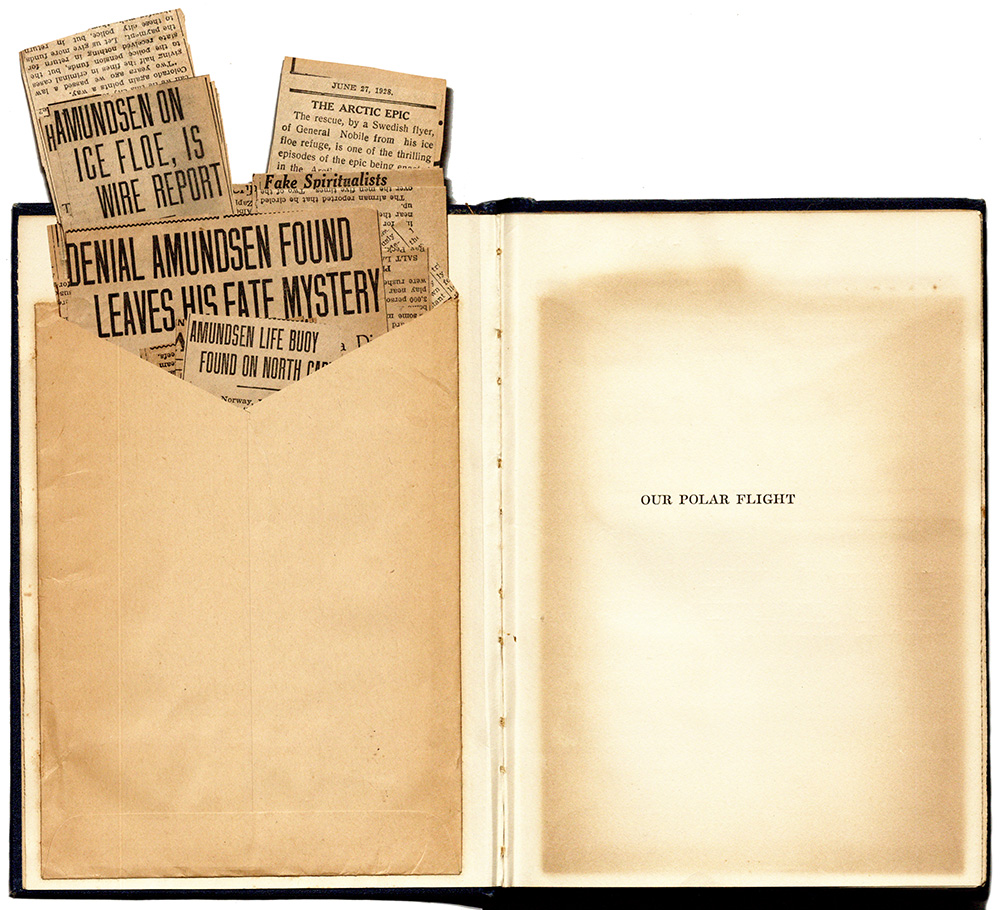 In 1926 Roald Amundsen, Lincoln Ellsworth, and Umberto Nobile flew with 13 others in the airship Norge across the Arctic Ocean in the first undisputed modern crossing of the North Pole by air. 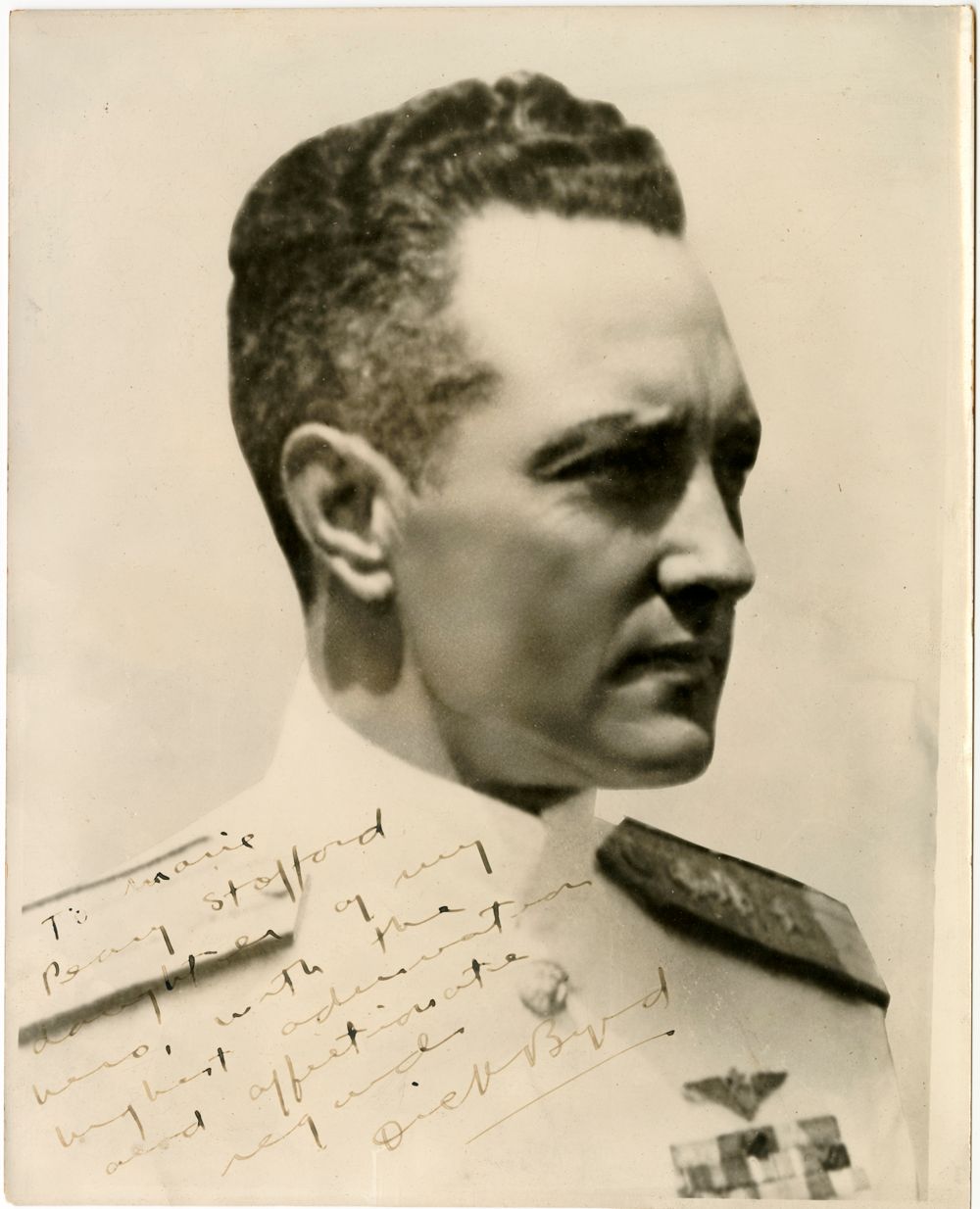 Byrd's early memoir. Subtitled: "Man's mastery of the air as shown by the brilliant flights of America's leading explorer. His life, his thrilling adventures, his North Pole and trans-Atlantic flights, together with his plans for conquering the Antarctic by air."

Inscribed: "To Marie/ Peary Stafford/ daughter of my/ hero, with the/ highest admiration/ and affectionate/ regards/ Dick Byrd."