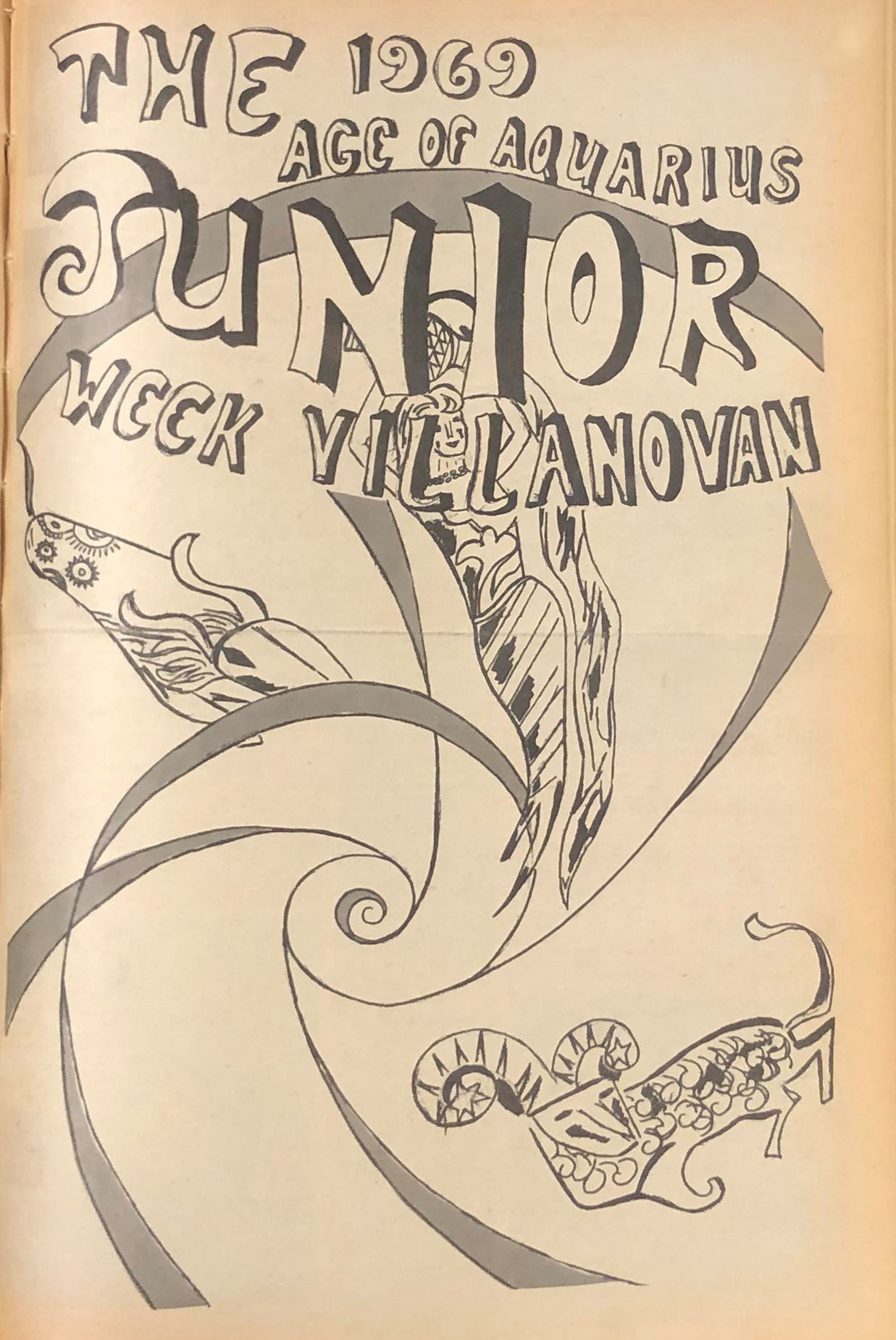 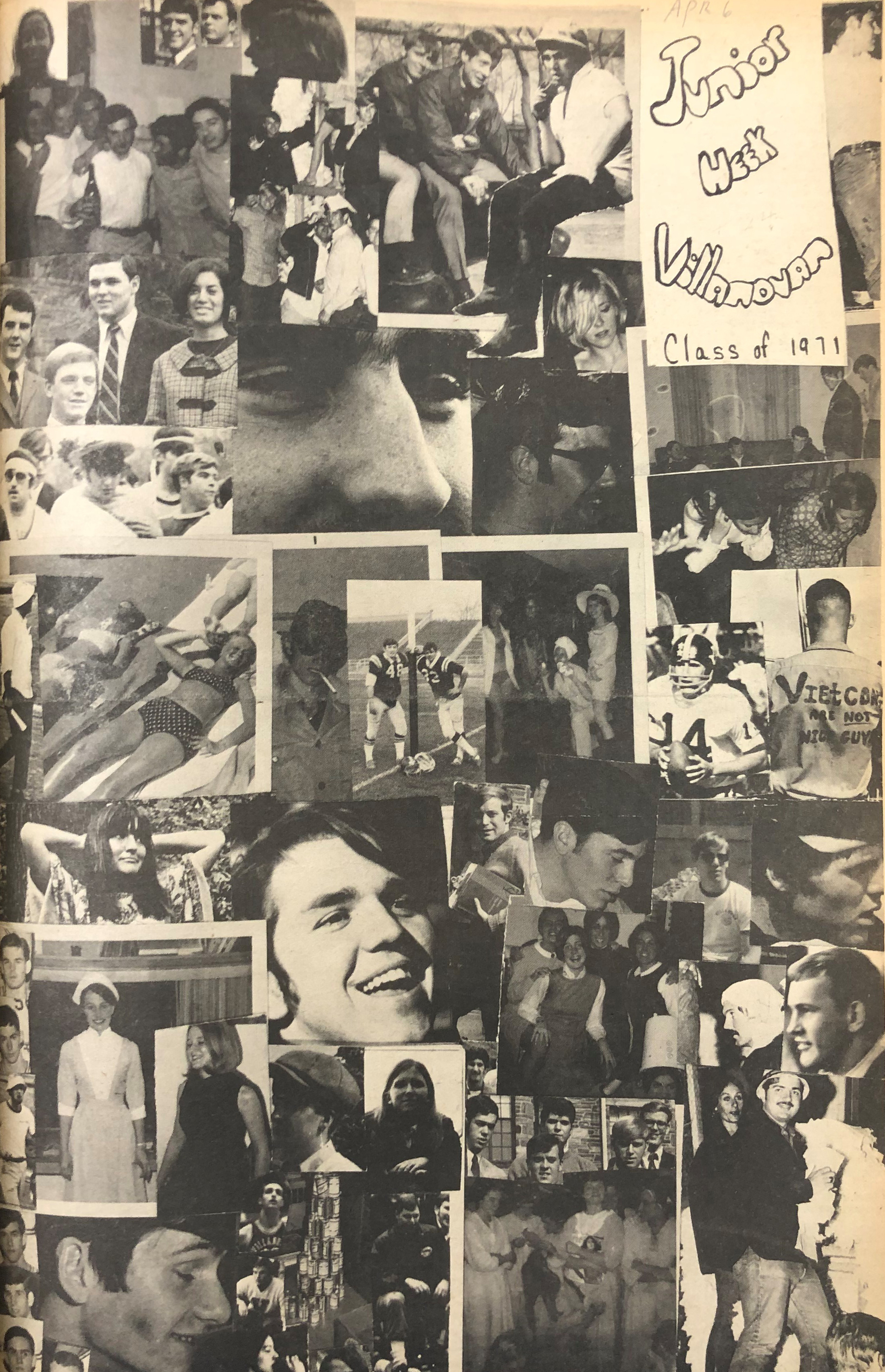 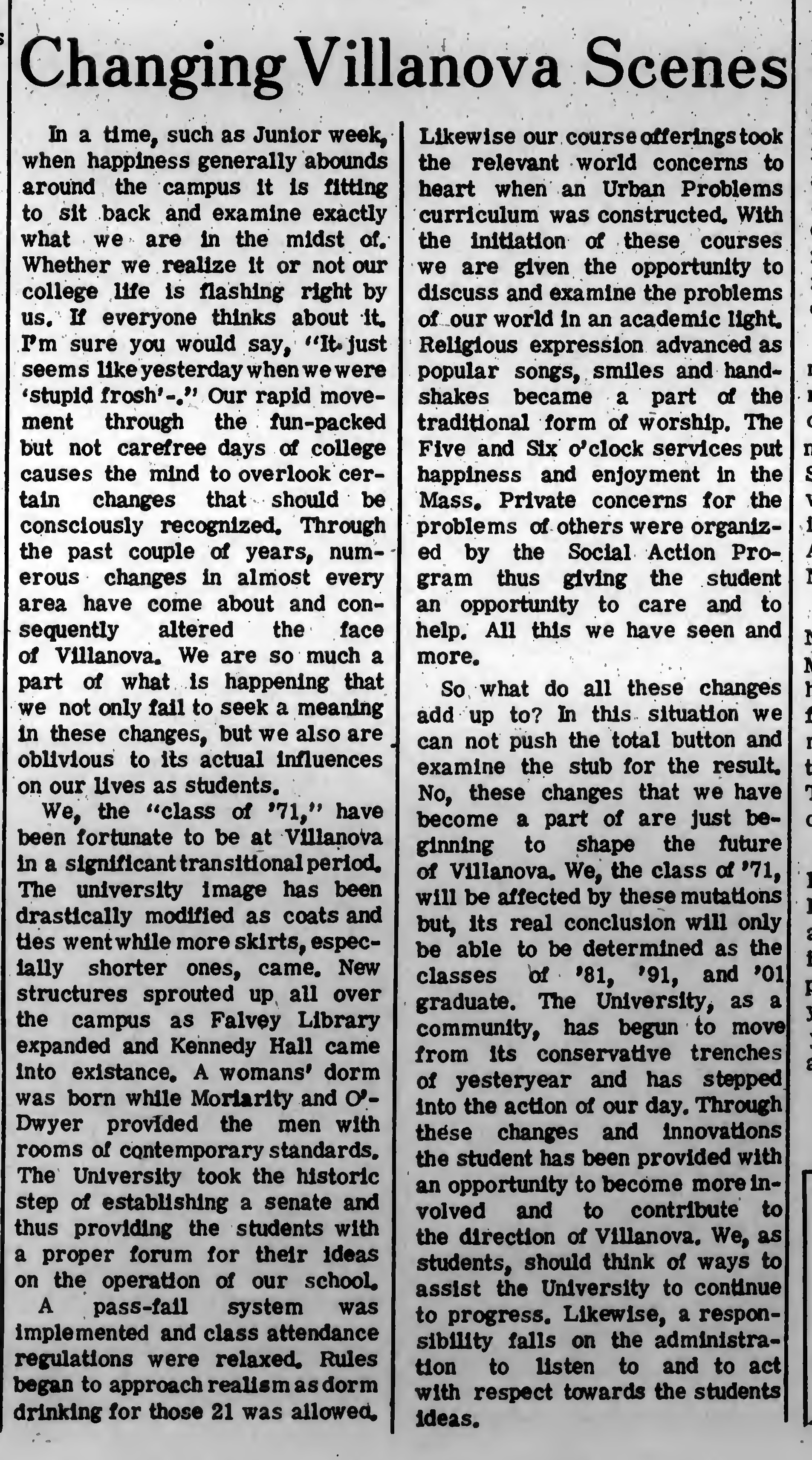 ... So what do all these changes add up to? In this situation we can not [sic] push the total button and examine the stub of the result. No, these changes that we have become part of are just beginning to shape the future of Villanova. We, the class of '71, will be affected by the mutations but, its real conclusion will only be able to be determined as the classes of '81, '91, and '01 graduate. The University as a community, has begun to move from its conservative trenches of yesteryear and has stepped into the action of the day. Through these changes and innovations the student has been provided with an opportunity to to become more involved and to contribute to the direction of Villanova... Villanovan, April 6, 1970

By 1970, the cultural landscape of Villanova completely transformed, and with it Junior Week.  Dress codes and behavioral expectations became significantly more informal and, "the University image... been drastically modified as coats and ties went..."[1] so did the traditions of hierarchy and making status visible through dress. Expressions of identity and school spirit were evolving. The ceremonies of the blazer, class ring, and formal Mother's Day activities dwindled. One of the crucial components to the change was Junior Week had presented itself as male-only social events deeply rooted in white upper-class catholic tradition, which conflicted with the changing student population that was increasingly women and diversfying in race and ethnicity. In addition, a new generation of students had grown up during the Vietnam War and civil rights movement which greatly influenced the perception of what it meant to be a college student and what were collegiate unifiers. Junior Week became less a rite of passage and more of a social event of celebrations with concerts, informal social gatherings, and intramural sports.

Junior Week as it was known cannot be found on the University calendar after 1971. Some traditions of Junior Week lingered as Prom continued for decades and today sophomores can order their class ring before the start of Junior year to partake in a Ring Blessing which happens during Parents Weekend in the Fall. 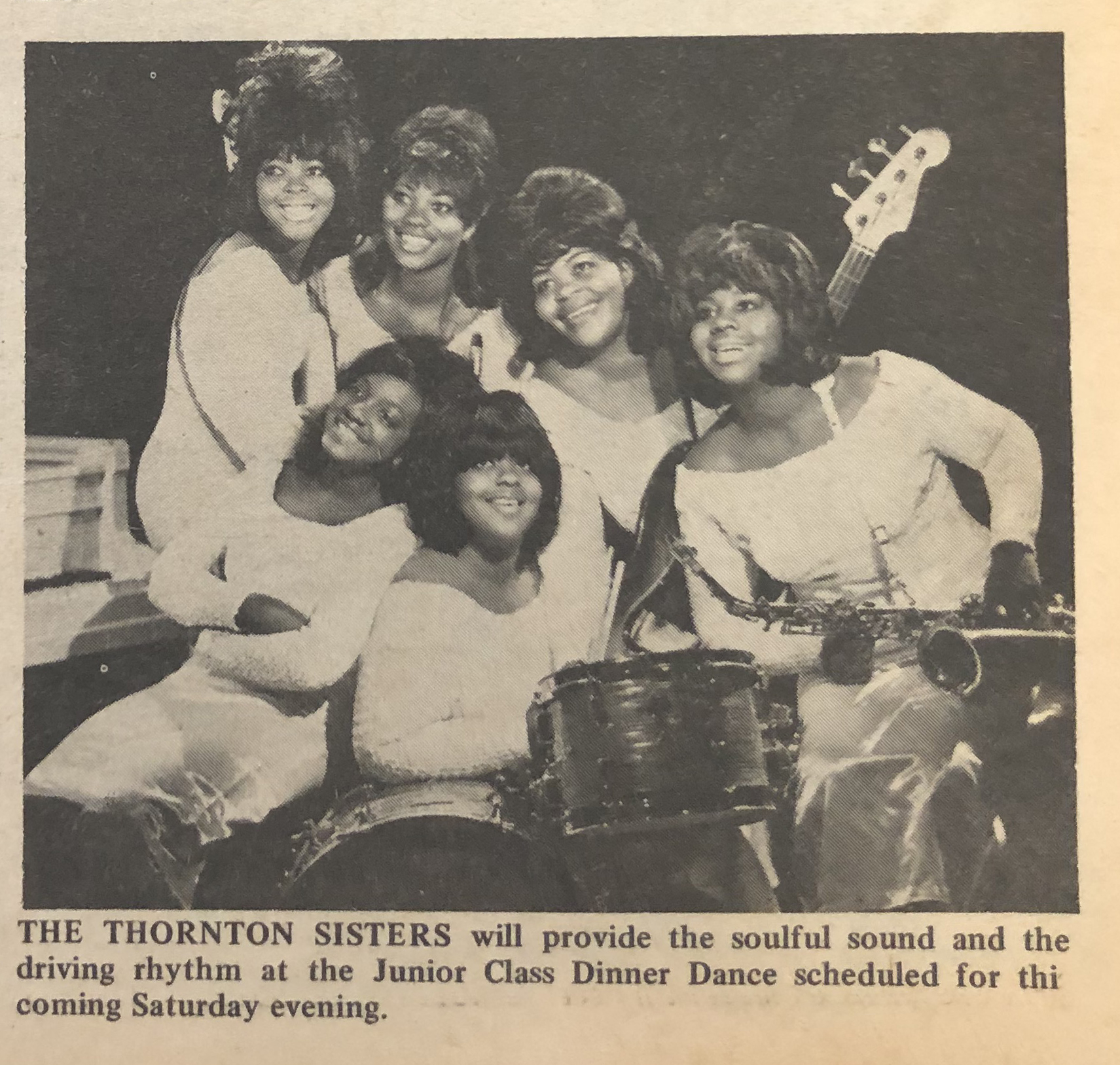