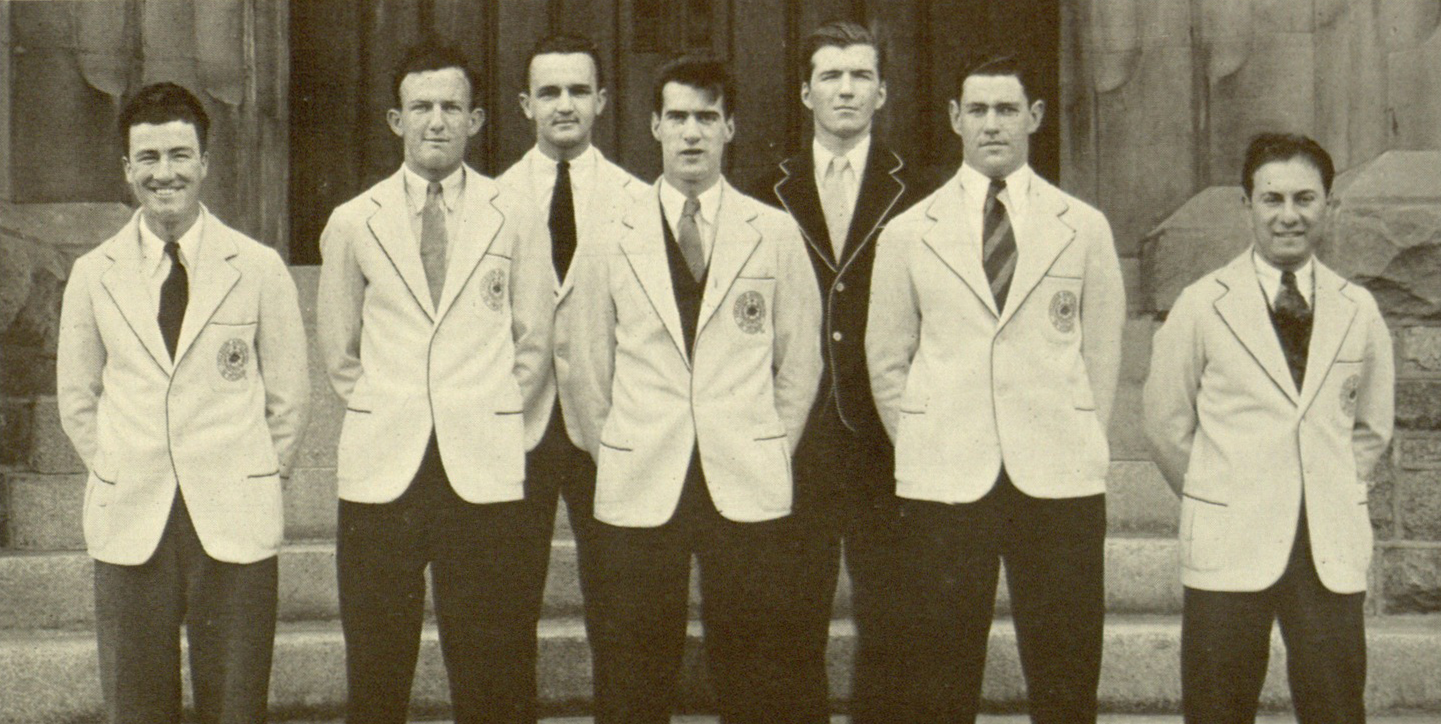 Members of the Blazer Committee 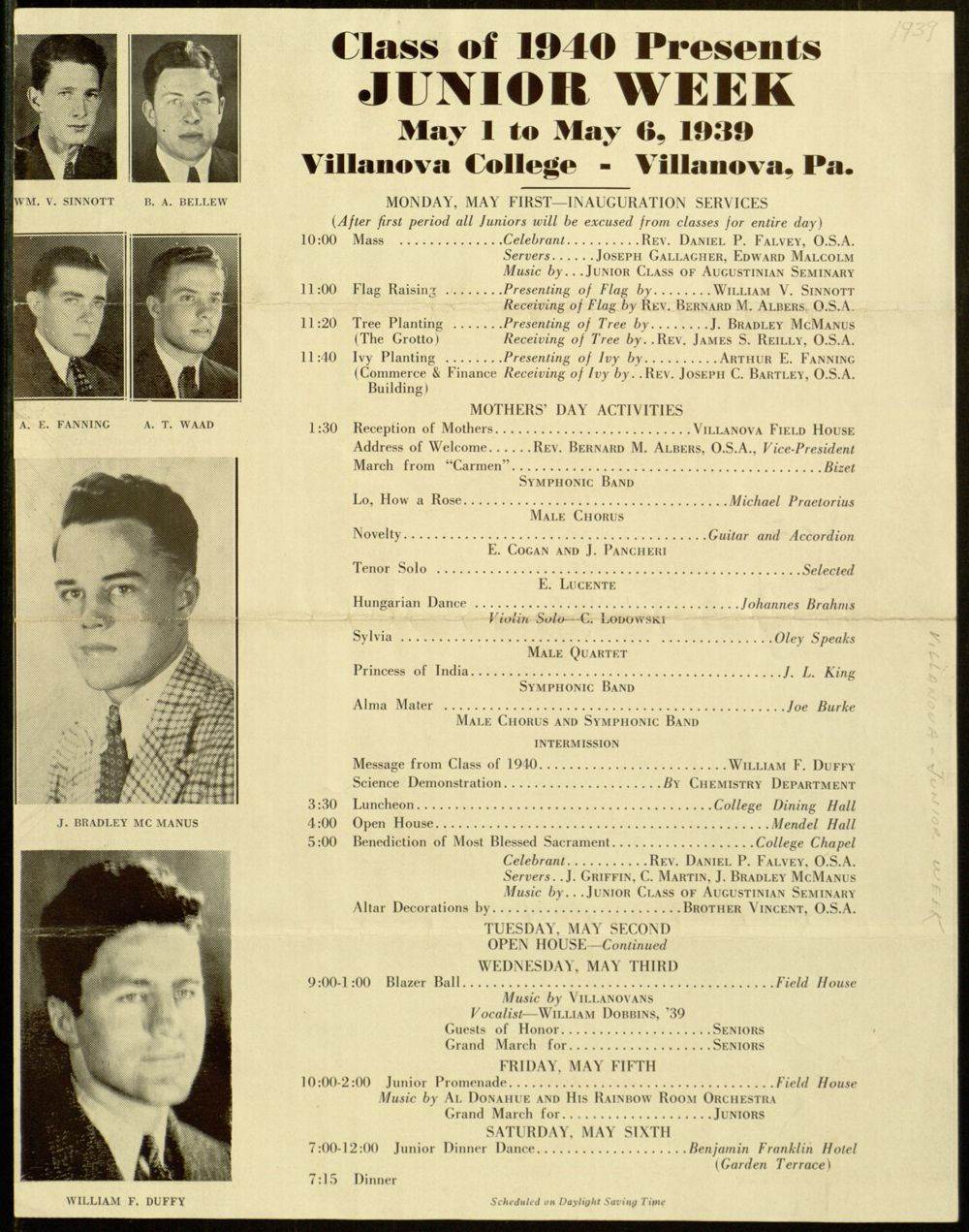 At a class meeting of Jan. 31st, 1924, it was decided that the “Junior Prom” be held between April 23 and May 1st, and that week in which the “From” was to take place, be called “Junior Week.” The committee for “Junior Week” Vincent Egan, Chairman; Frank Youngfleish, and Joseph O’Neil. Belle Air, 1924

Since 1924, Junior Week has been a culmination of ceremonies, dances, smokers (social gatherings), entertainment, sports, and activities in the Spring as a celebration of the Junior class finishing what was "universally acknowledged as the most important year," and embarking on becoming Seniors [1]. The highlight of the week was when blazer and class ring ceremonies were conducted, at which time Juniors would be presented with their Senior blazers, canes, and class rings. The new attire were symbols of pride and class unity.

Junior Week was considered one of the most important social events of the year and committees were set up in the Fall of one's Junior year to plan the week's activities and officially design the class ring and blazer insignia.

The activities paused during World War II and picked up again in 1948, but many of the traditions of the Week dwindled by the early 1970s.

"…We enjoyed a most delightful Junior Week. Blazers, Class Rings, Blazer Ball and Junior Promenade, all merged into the scintillating glory of a never to be forgotten week. Also, in effecting a new design for the School Ring, we have established a precedent which we hope will forever endure."  Belle Air, 1934

"The Villanova Ring!...To him it may represent many things: years of sacrifice by his parents, hours of class and study on his part, days spent with his closest friends. To him it will represent the culmination of an effort that has led to both a degree and manhood."-- Belle Air, 1951

Blazers and class rings were a symbolic representation to two key aspects; first, Juniors were now the well-respected leaders of campus in their seniority as the blazers and ring established rank. Each year had specific attire and chosen colors, which were symbolic representation the old-college class hierarchy. The second key aspect was the attire provided an exclusive cultural identity where students, through tradition of dress, had a sense of belonging and unifying effect on campus culture. 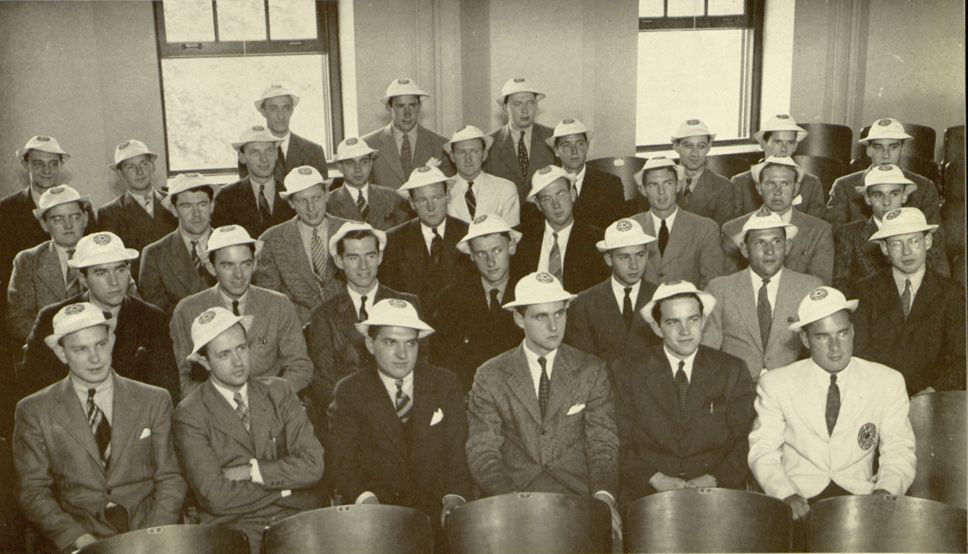 Symbols of status in clothes were very entrenched in student life. Sophomores wore white hats, signifying rank as a second year and the authority to direct freshman class. The white hats were known as orientation hats. As Freshman, the Orientation Committee (Sophomores) would prepare Frosh with “regs” (dinks, ties, identification buttons, and handbook) and teach them the “Frosh rules and regulations” and learn the “hello” habit [2].

As one  progresses through the years at Villanova dress and colors represented one's time and serve as markers the student becoming more cultivated and possessing greater autonomy on campus.

For freshman the navy blue dink and identification button represented a form of initiation and introduction to campus life. 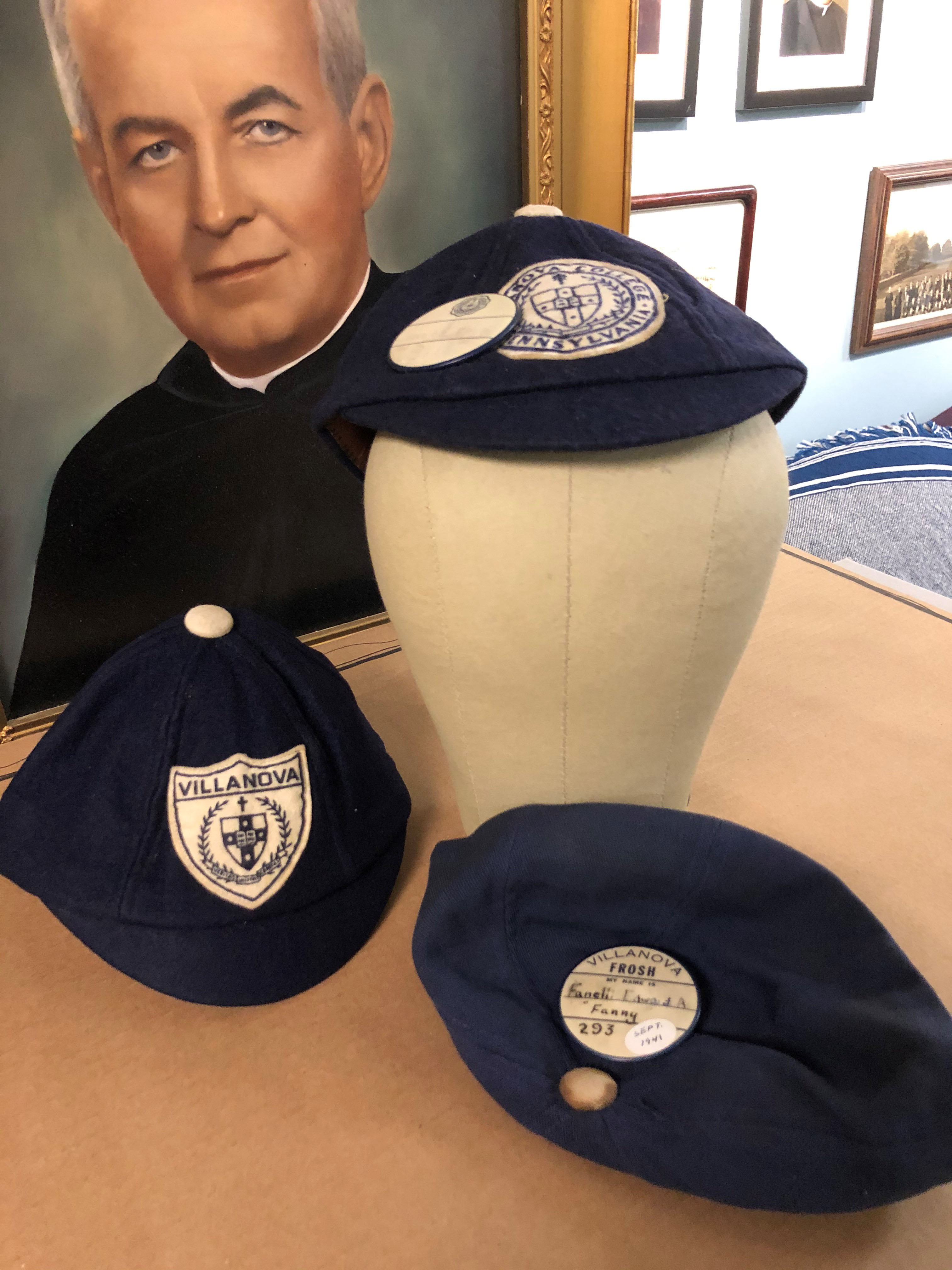 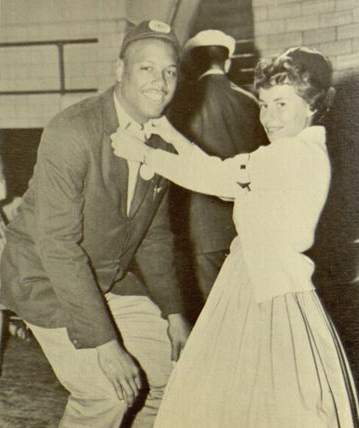