Today’s events are all planned to please the most deserving “girl” in the Villanova Student’s life—Villanovan, 1966 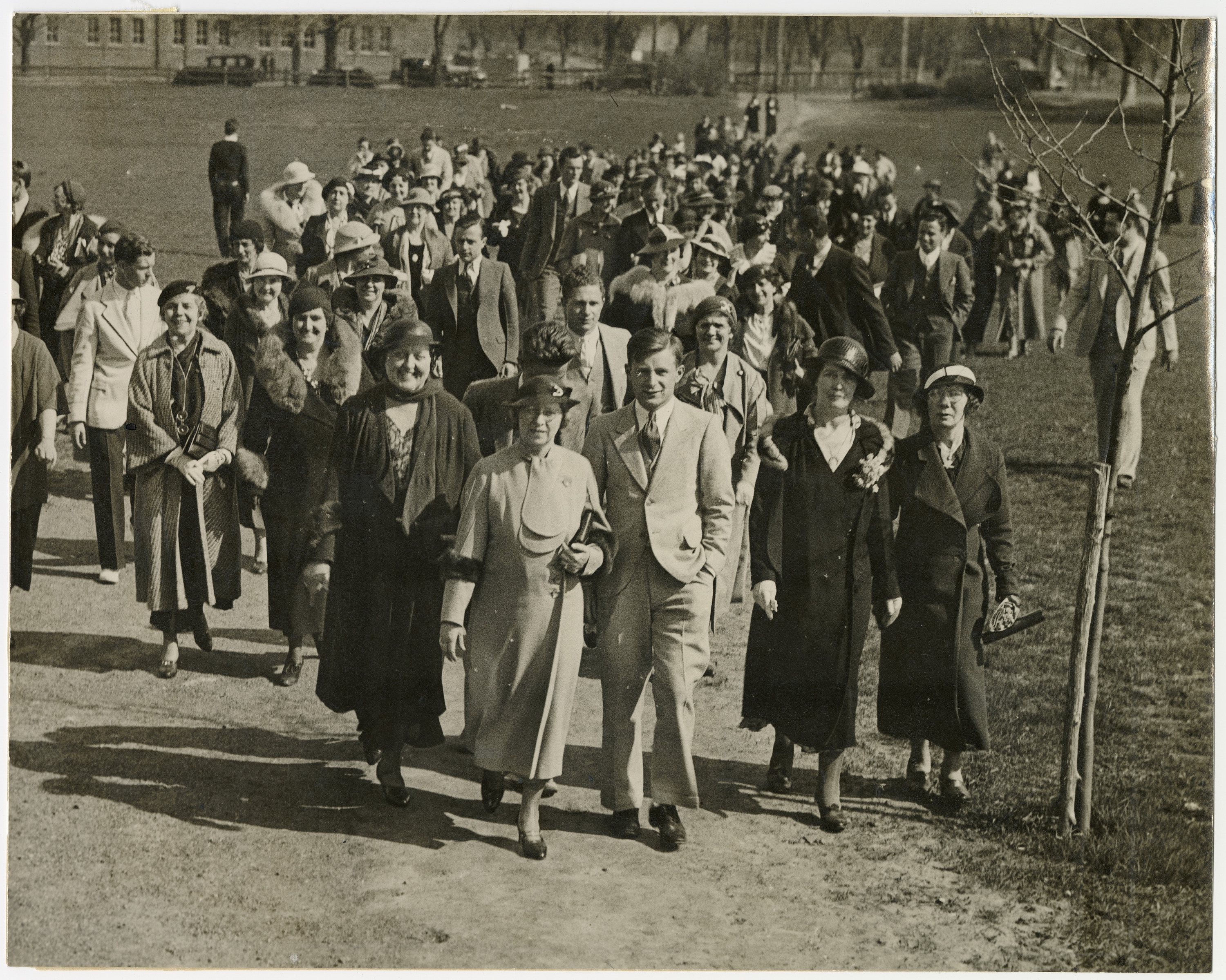 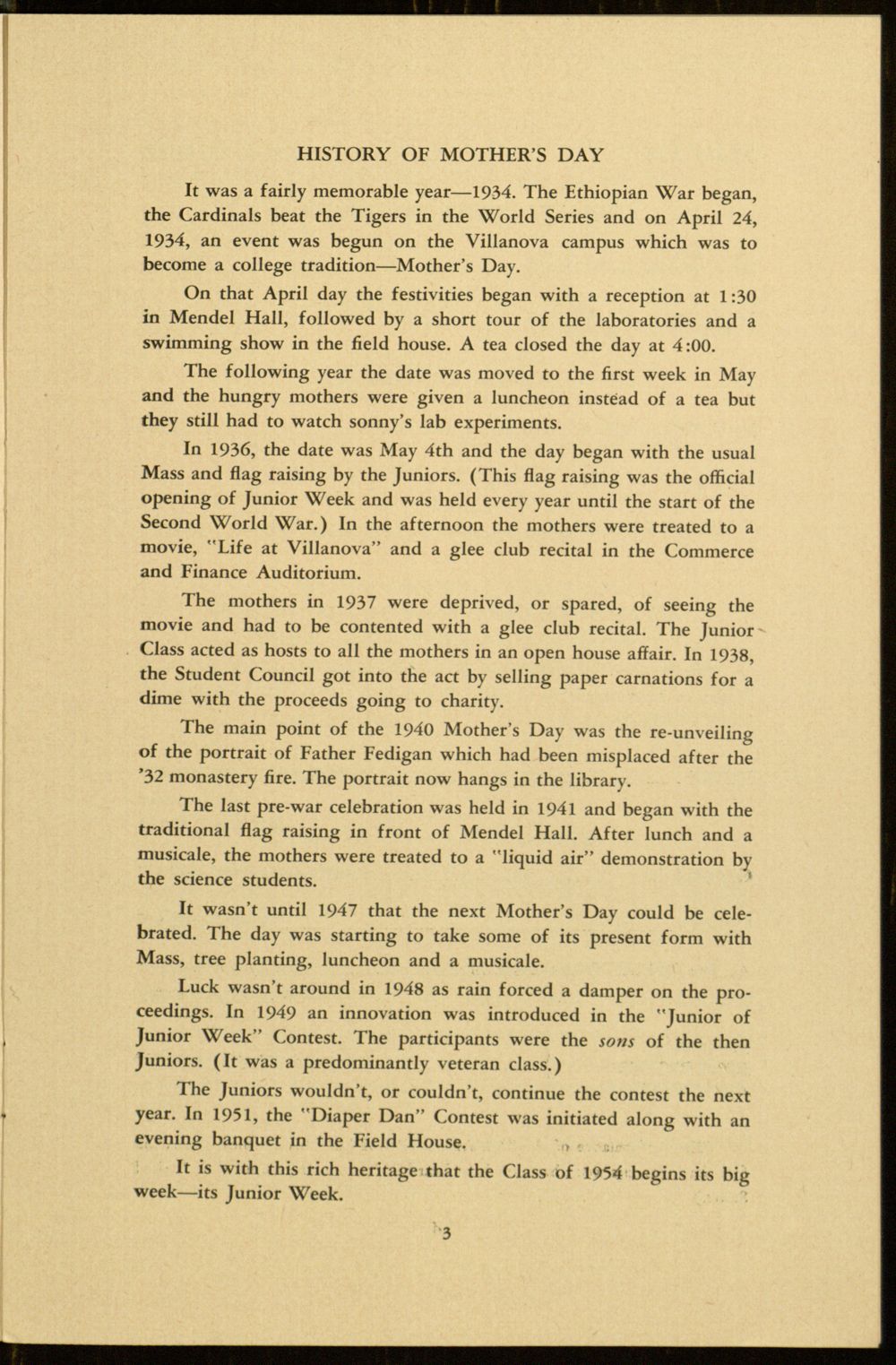 By the 1950s, more than 400 Mothers and Grandmothers would visit marking it as one of the largest events each year.

It was a fairly memorable year—1934. The Ethiopian War began, the Cardinals beat the Tigers in the World Series and on April 24, 1934, an event was begun on the Villanova campus which was to become a college tradition—Mother’s Day.

On that April day the festivities began with a reception at 1:30 in Mendel Hall, followed by a short tour of the laboratories and a swimming show in the field house. A tea closed the day at 4:00.

The following year the date was moved to the first week in May and the hungry mothers were given a luncheon instead of a tea but they still had to watch sonny’s lab experiments. In 1936, the date was May 4th and the day began with the usual Mass and flag raising by the Juniors. (This flag raising was the official opening of Junior Week and was held every year until the start of the Second World War.) In the afternoon the mothers were treated to a movie, “Life at Villanova” and a glee club recital in the Commerce and Finance Auditorium...- Mother’s Day Celebration program, 1953 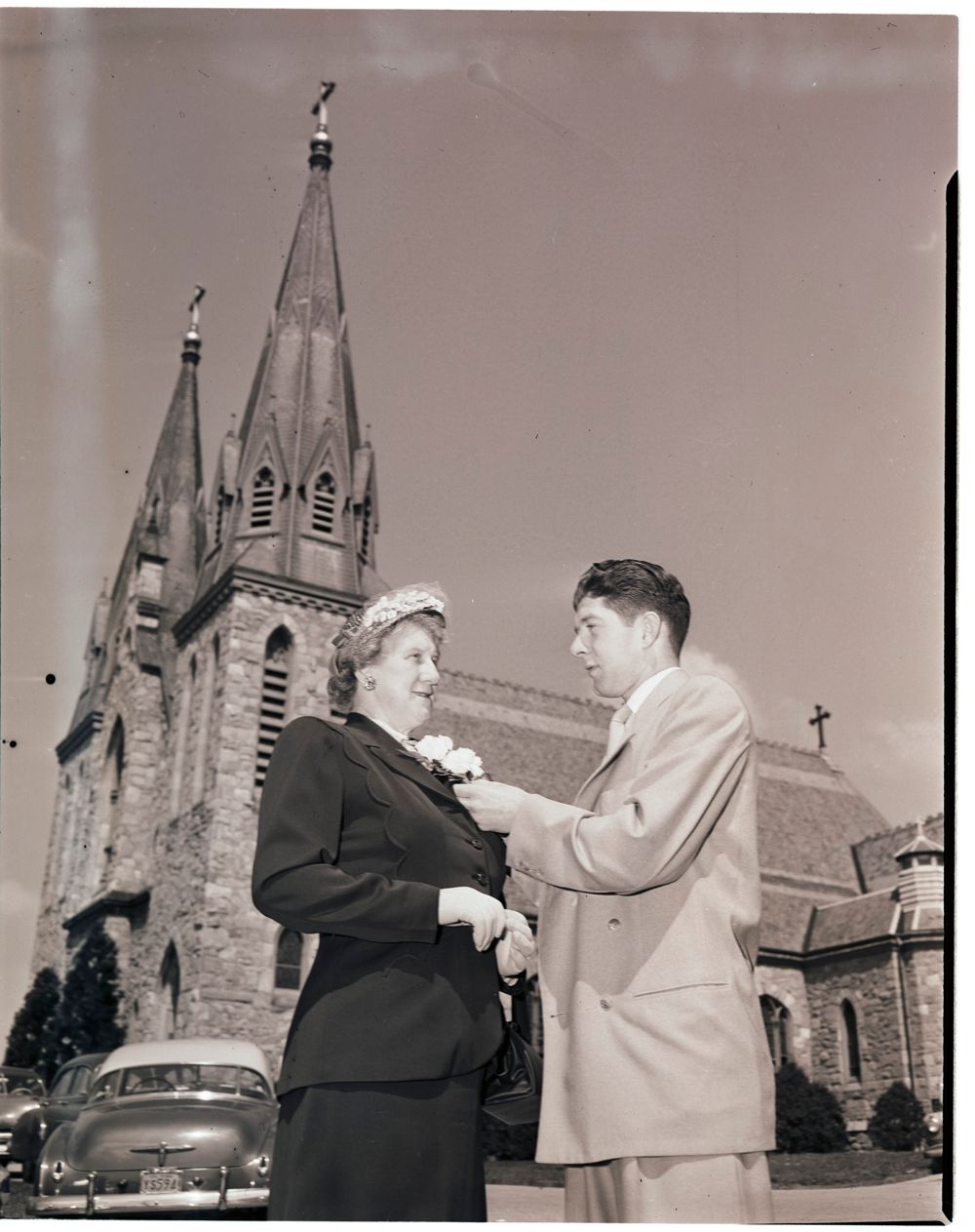 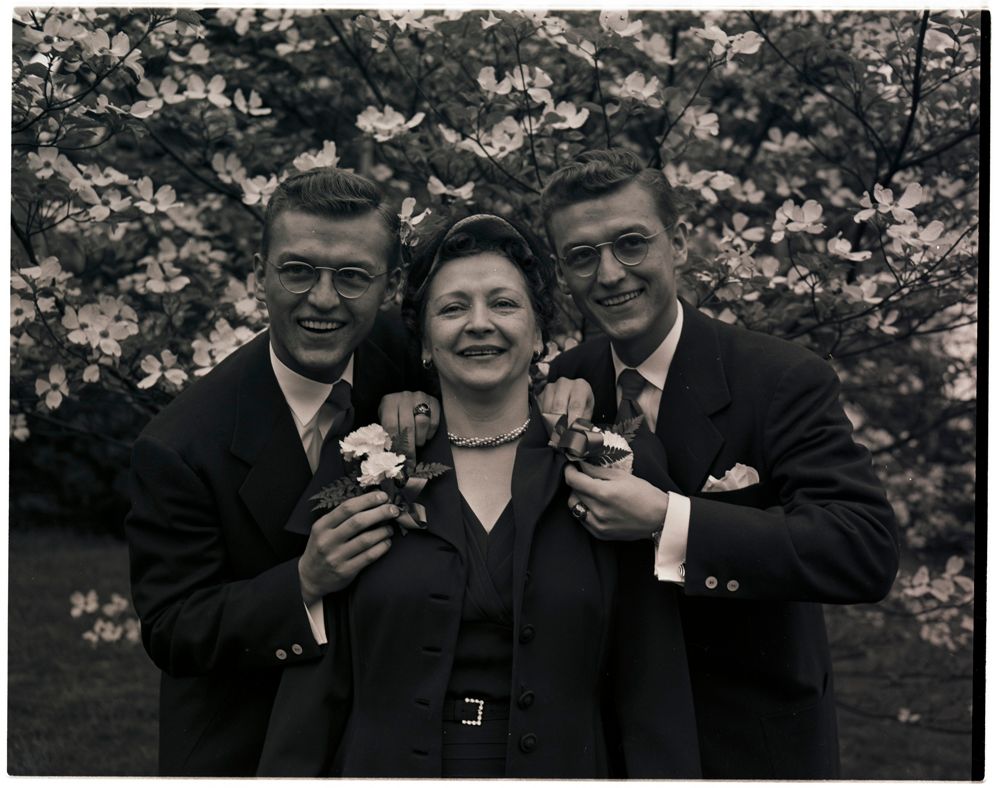 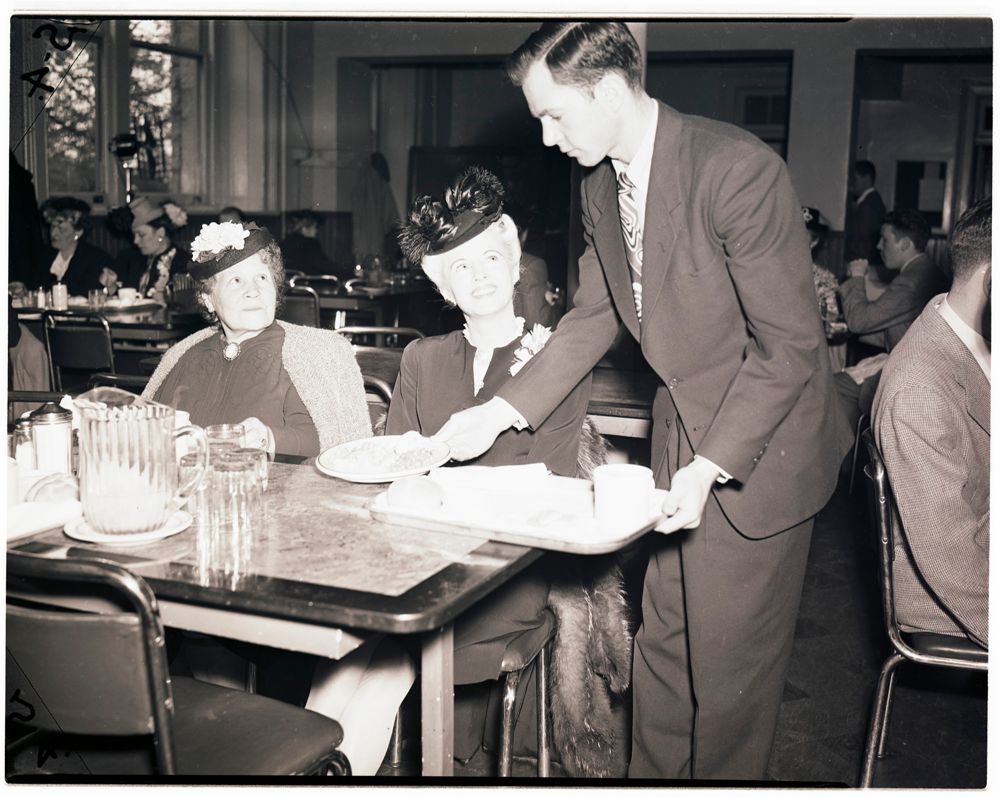 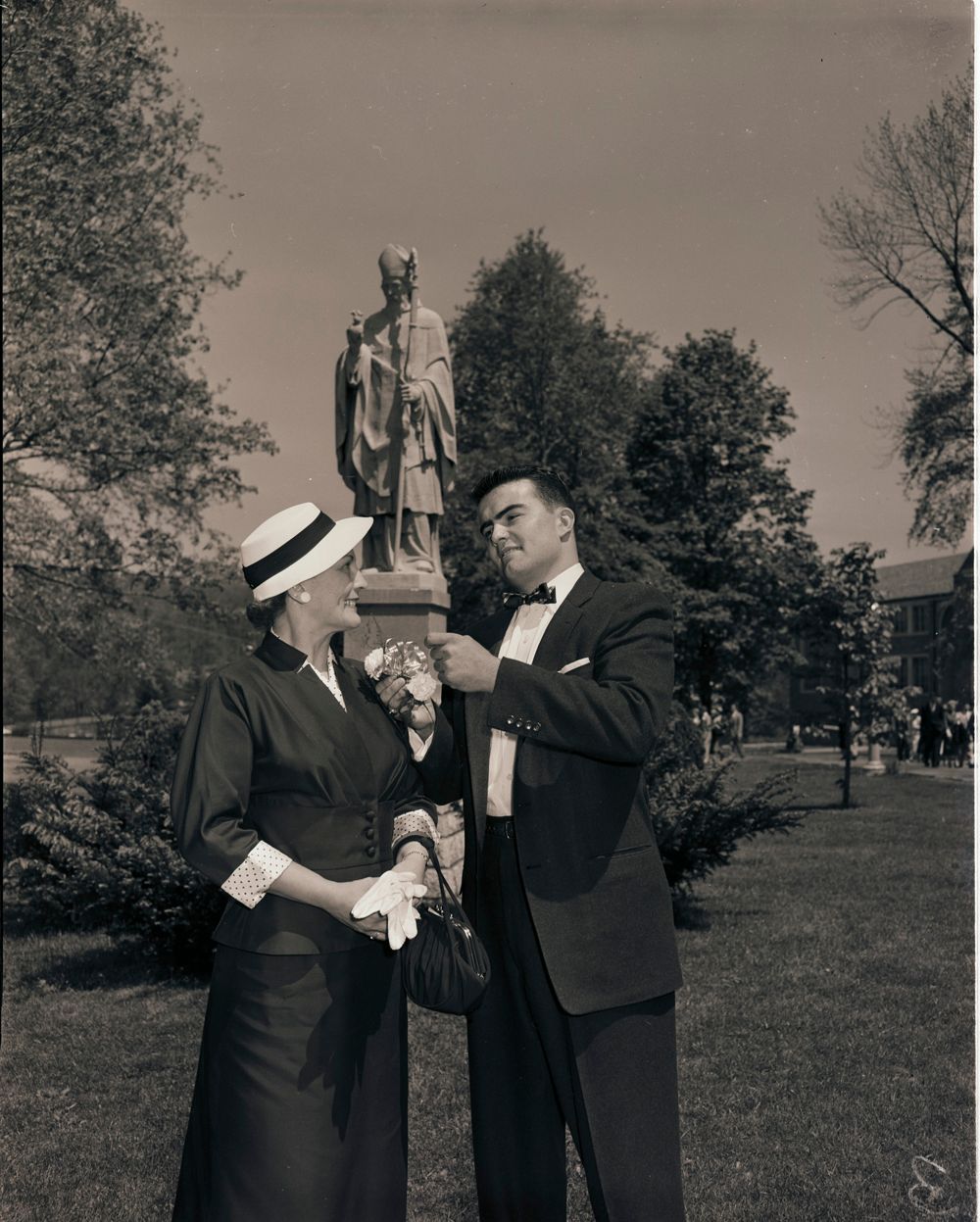 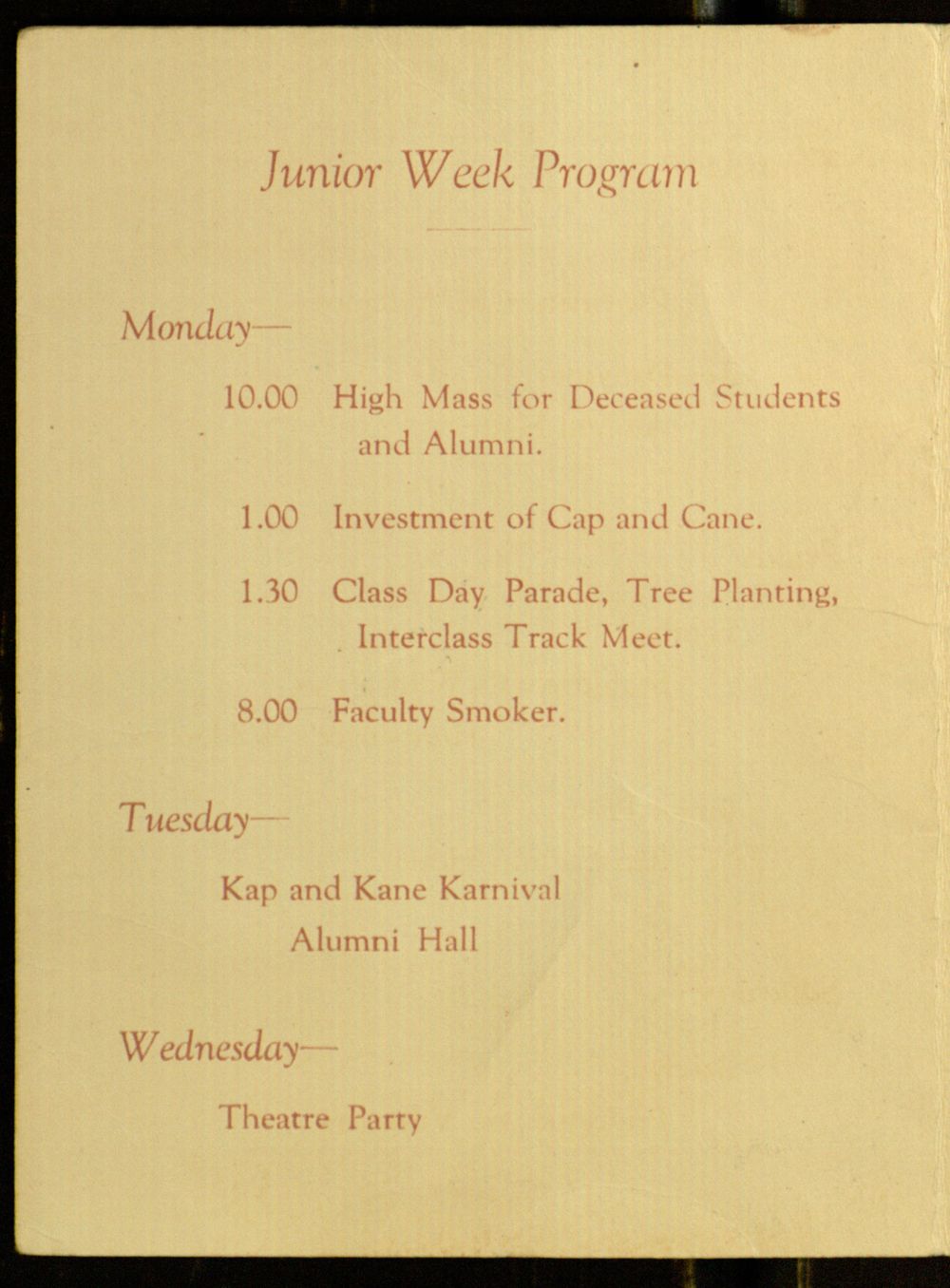 A long-standing tradition, that started long before it was incorporated with Mother's Day activities, is the Junior tree-planting ceremony. The tree-planting ceremony was considered the class tree, a precursor to more elaborate class gifts. Typically, the event was held after Mass and students would walk in a parade to plant the tree. With time, the tradition evolved to include Mothers participating by adding soil to the tree.

The Diaper Dan contest has an interesting start as its noted to have had its inaugral year in 1948 and 1951, nevertheless the contest would be a popular activity among the Mothers and continue into the early 1970s [1]. A couple months before Junior Week, the Mother's Day committee, comprised of six or seven Juniors, would plan out the activities and send Mothers and Grandmothers a call to bring baby photographs of the students. During the luncheon Mothers would vote on who was Mr. Diaper Dan. 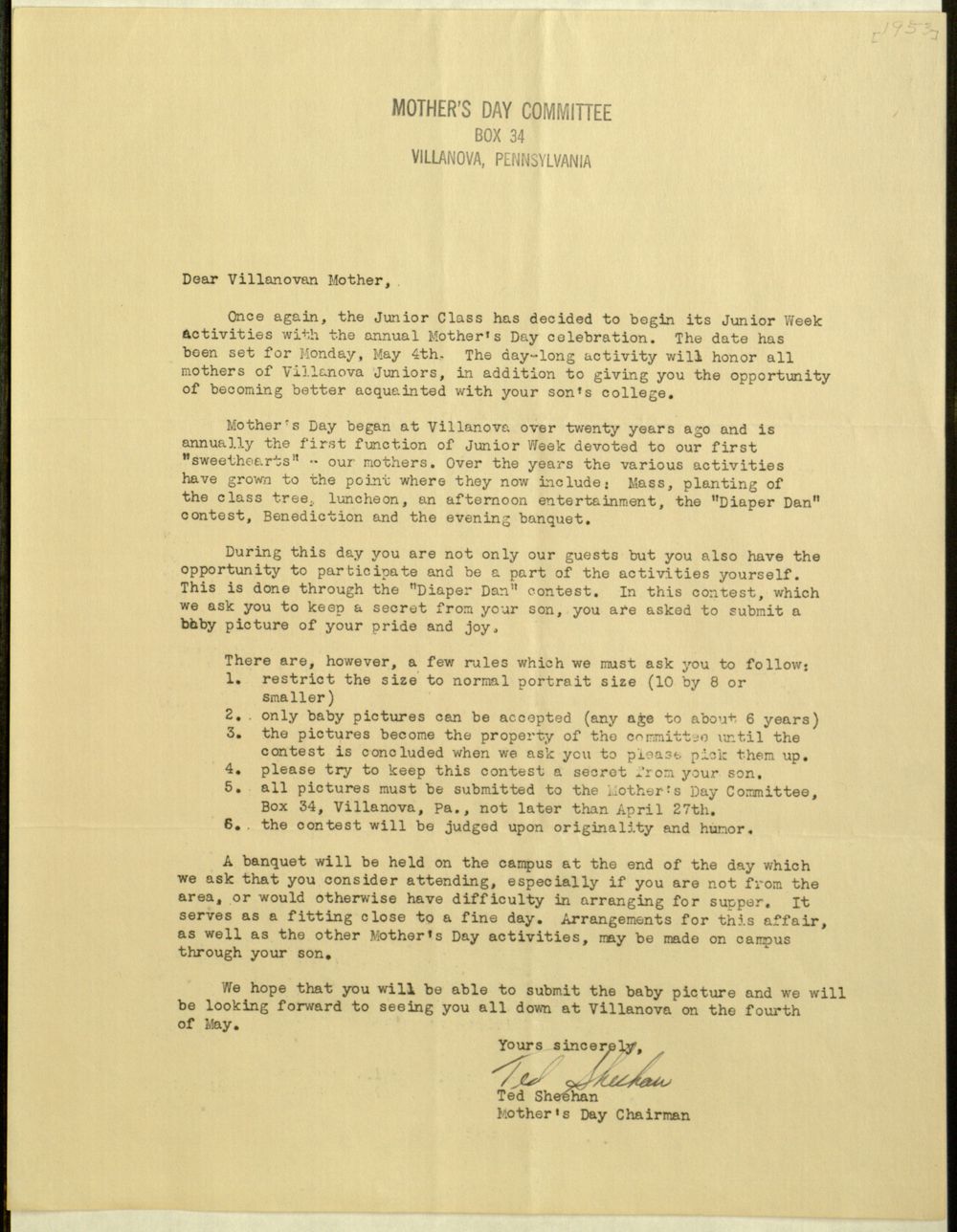 "Dear Villanovan Mother," Letter to Mothers on how to

participate in the contest. 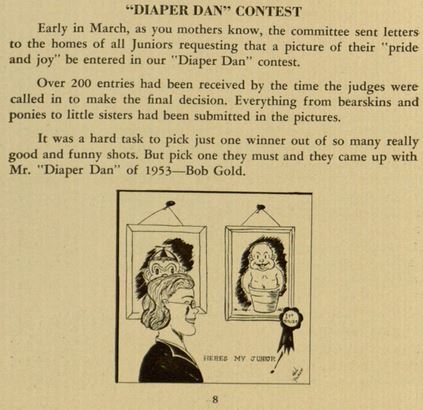 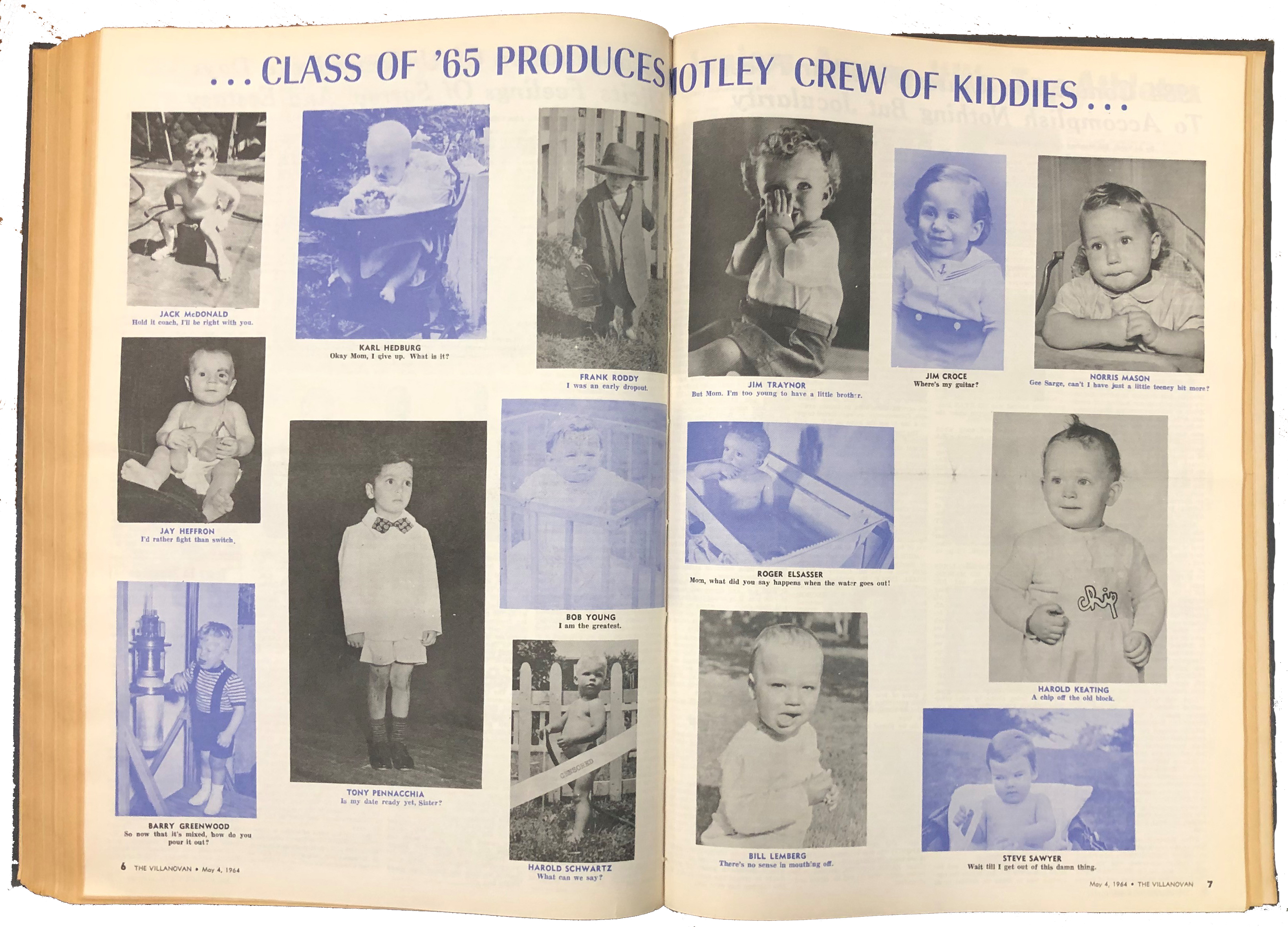 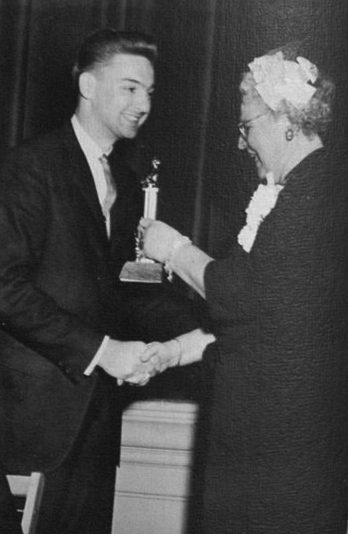 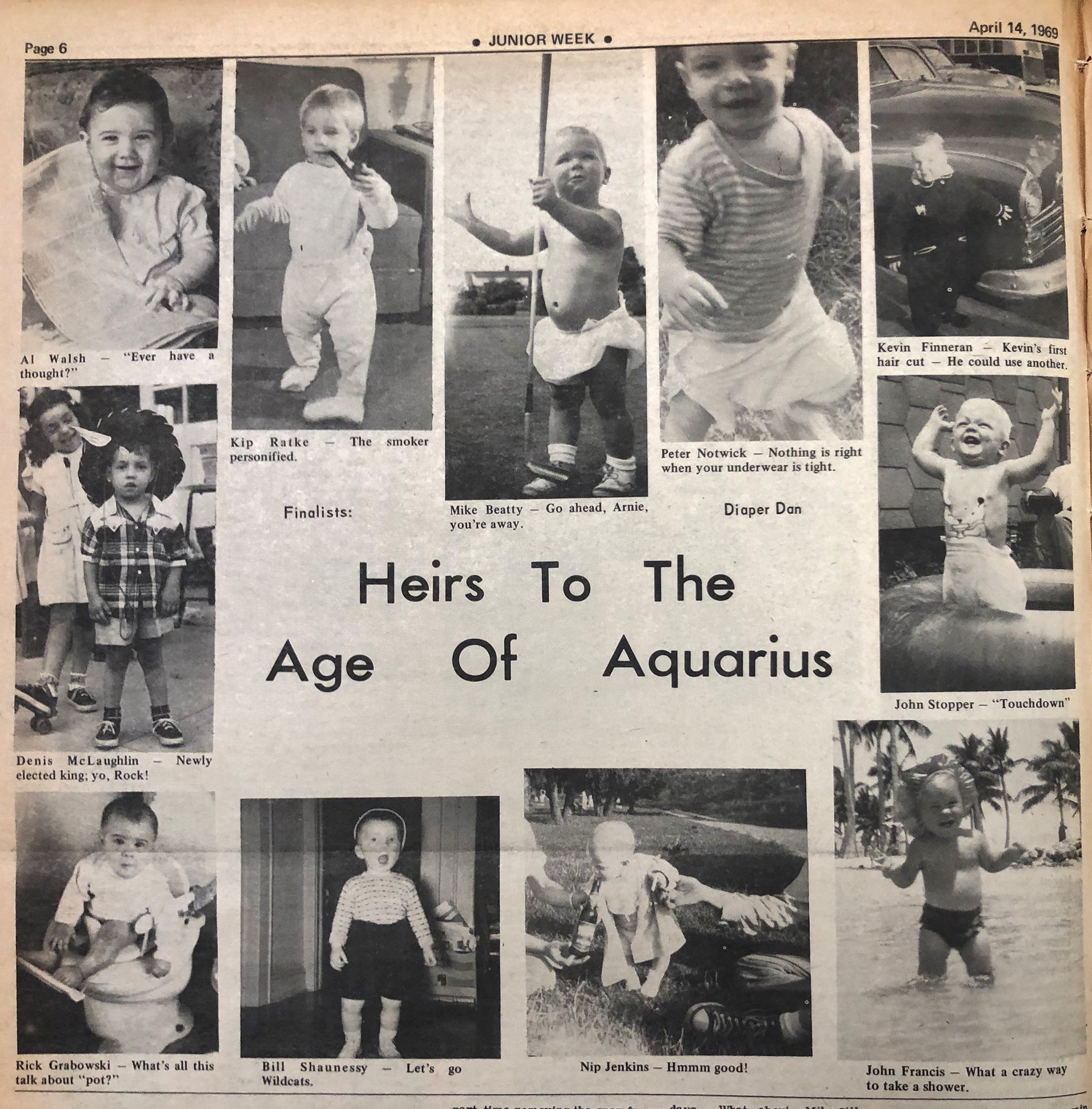 For a brief period starting in 1948, Junior Week included a mascot contest for the sons of the Junior class. Many of the class were WWII veterans who had already started a family and older than the traditional Junior. 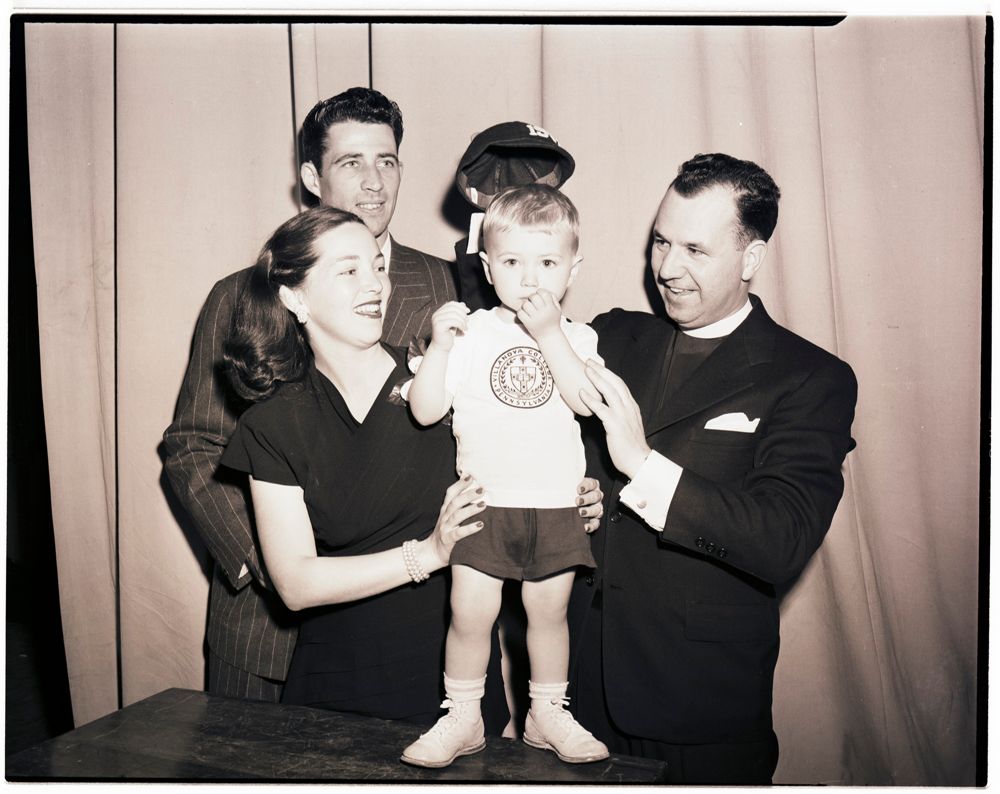 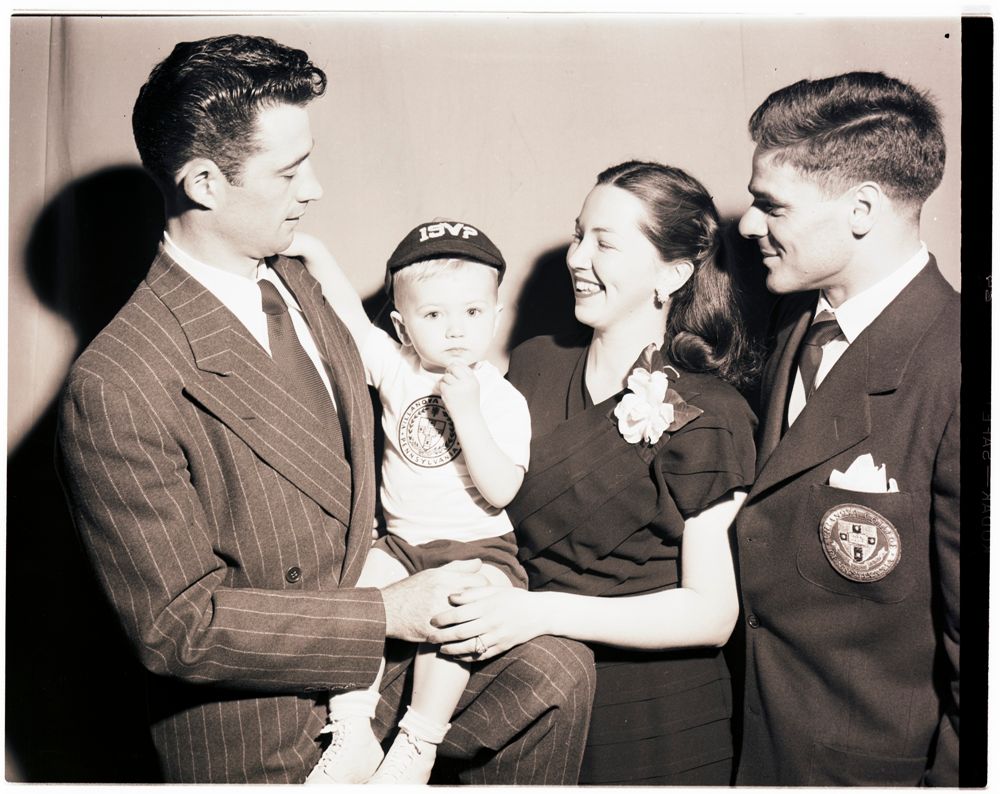